For the first decade after its unveiling, the new Wembley Stadium was somewhat of a stomping ground for Chelsea.

After beating Manchester United in the very first FA Cup final there in 2007, the west London club followed it up by winning four of their next five finals at the national arena. Another three FA Cups came in 2009, 2010 and 2012, while they also clinched the League Cup in 2015. The only black mark was a 2008 extra-time defeat against Spurs in the latter competition. 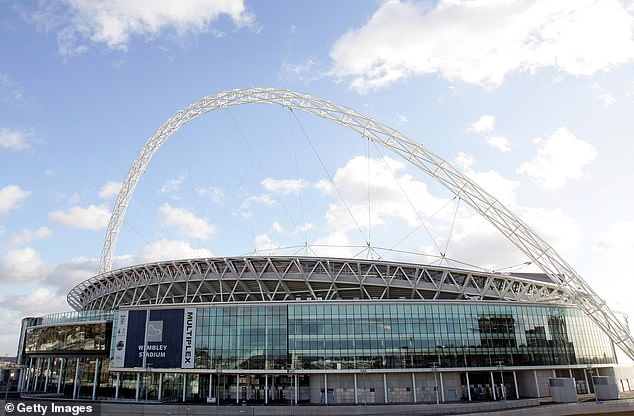 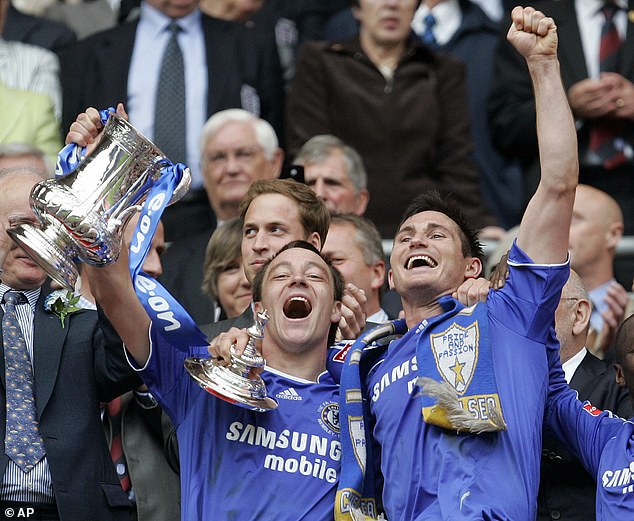 Yet ever since they came crashing down to earth in the 2017 FA Cup showpiece, Chelsea’s Wembley fortunes have literally flipped on their head.

A shock 2-1 defeat against Arsenal that day marked the beginning of a dreadful run which has seen them lose five of their last six domestic cup finals, turning the old stomping ground into a poisoned chalice.

The Blues initially made up for their 2017 blow by getting the better of United the following year, but they head into Saturday’s FA Cup final against Liverpool having lost two on the bounce.

Arsenal again came out on top when they collided in the 2020 final, albeit at an empty Wembley in the midst of the Covid-19 pandemic. 20,000 fans were then allowed in to watch Thomas Tuchel’s men slump to a 1-0 defeat against Leicester last year. 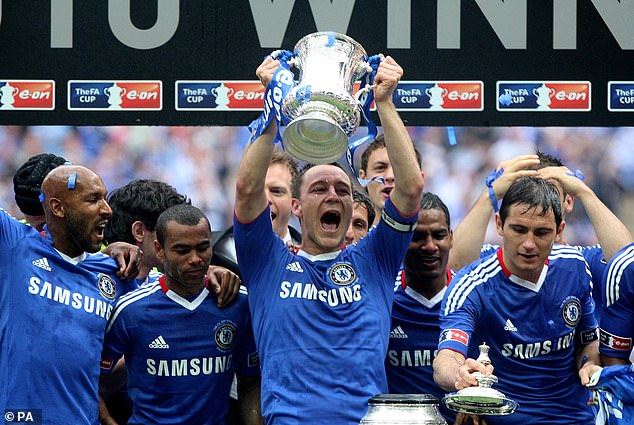 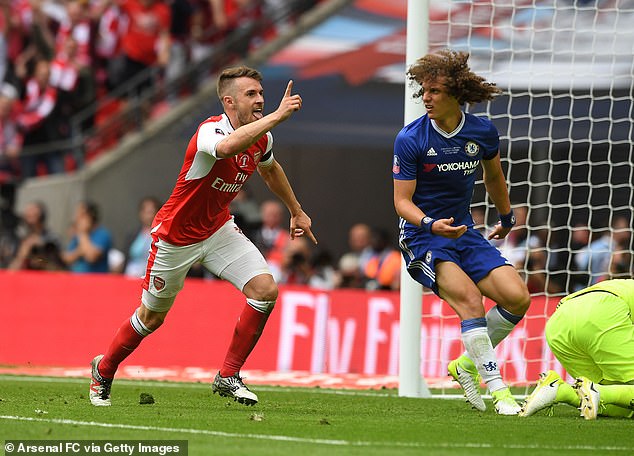 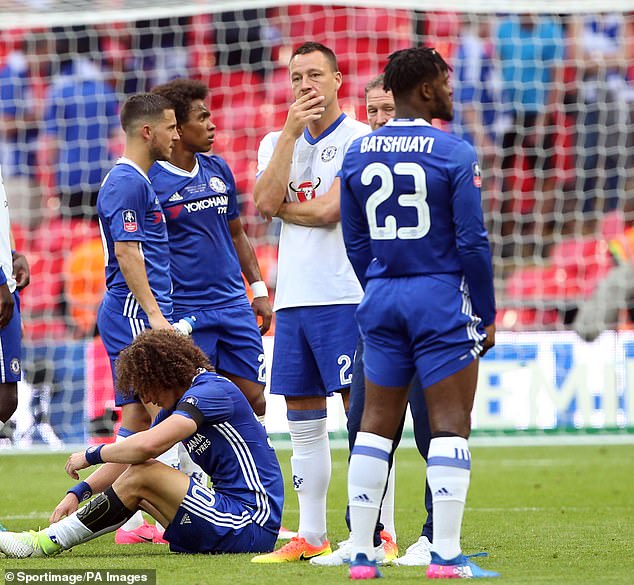 After coming unstuck against the Gunners, Chelsea have gone on to lose four of their next five 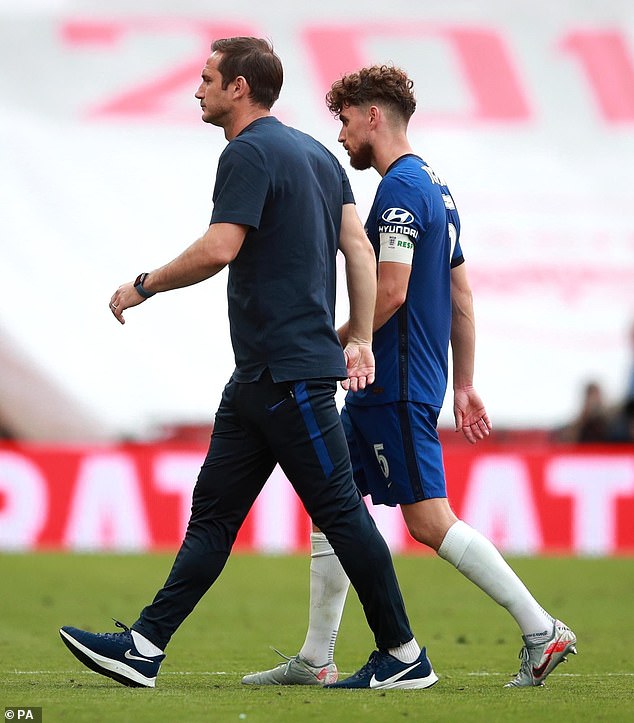 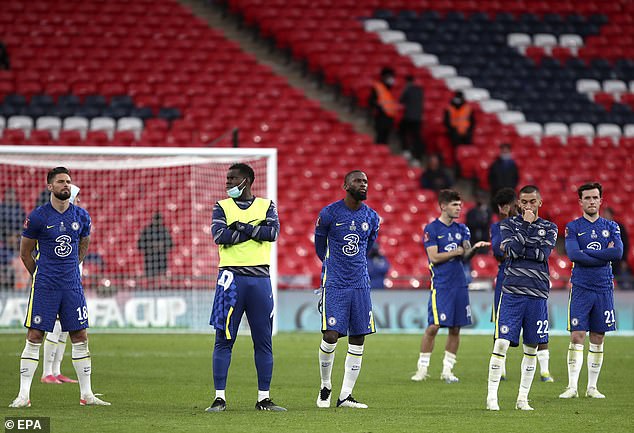 They also left empty handed in last year’s final, after slumping to a 1-0 defeat against Leicester

It is not only the FA Cup which has provided Wembley agony, nevertheless, as they also lost the 2022 and 2019 Carabao Cup finals  – both on penalties.

N’Golo Kante, Cesar Azpilicueta, Marcos Alonso and Andreas Christensen have been along for the entirety of that devastating journey, picking up five unwanted runners-up medals in the process.

The quartet have at least won an FA Cup for their troubles, however Chelsea’s current crop of homegrown starlets have left Wembley empty handed on three straight occasions.

Reece James and Callum Hudson-Odoi – who were also involved in the League Cup shortcoming against Man City in 2019 –  are yet to taste success in a domestic cup final after a string of near-misses, much like Mount.

And incredibly, Mount risks suffering his SIXTH defeat in a Wembley final this weekend.

As well as starting in all three of Chelsea’s losses since 2020, the 23-year-old also got the nod in Derby’s Championship playoff final defeat against Aston Villa the year before and when England hearts were broken in the Euro 2020 final last summer. 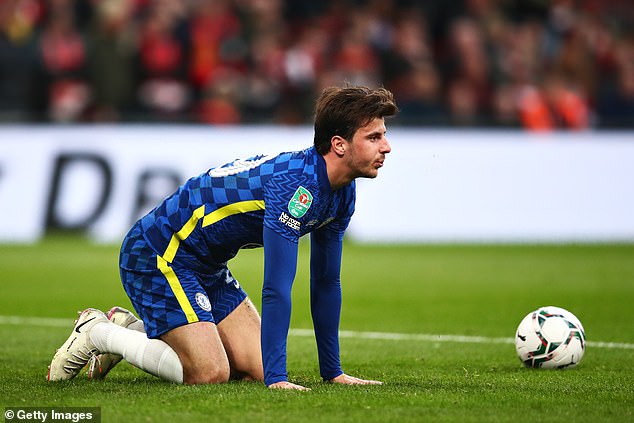 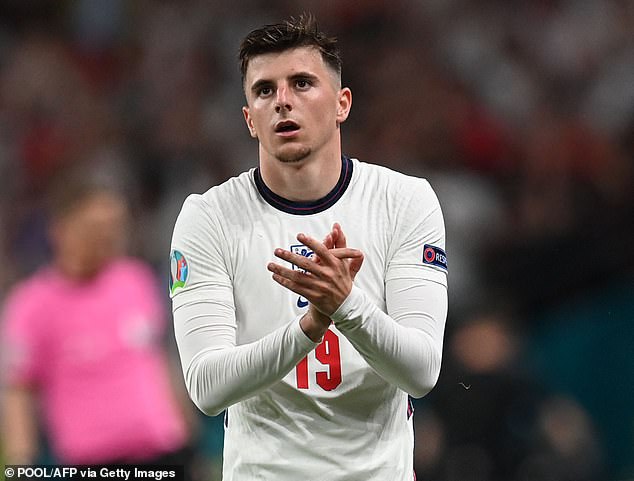 Mount has lost five times in Wembley finals since 2019, including in the Euro 2020 showpiece

Wembley has been a bogey ground for Mount over the past four years. As a result, he is determined to end his hoodoo in this latest final.

‘It’s definitely time for us to win a final at Wembley,’ he said after scoring in their semi-final victory over Crystal Palace last month.

The stakes are high for Mount and Chelsea as they gear up for a second Wembley battle with Liverpool on Saturday. Three months after Kepa Arrizabalaga’s woeful penalty which flew into Row Z cost them the Carabao Cup, revenge is on their minds heading into the second domestic final of the season.

Though for Blues fans, simply watching their team lift a trophy aloft under the famous arch again is all that matters. Forget revenge.

In recent years they have trudged despondently back down Wembley way after a gut-wrenching defeat far too often. Six visits over the past five years has only ended with one triumph, which equates to a measly win percentage of 17.

This season Chelsea have carved out two opportunities to end their Wembley jinx – and taking the second is of the highest importance. 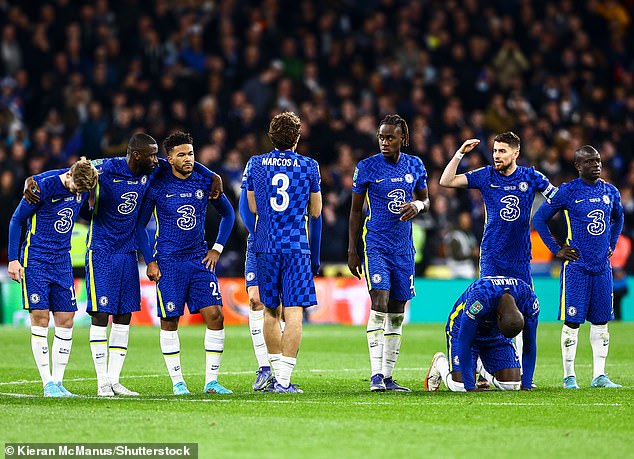