Eight-tier Marine or National League Wrexham will face a trip to Harrogate Town in the FA Cup first round, while AFC Sudbury have landed a plum tie against Colchester United.

Wrexham, owned by the Hollywood actors Ryan Reynolds and Rob McElhenney, could only draw 1-1 at Northern Premier League Division One West side Marine in the fourth qualifying round on Saturday.

Whoever wins Tuesday’s replay at the Racecourse Ground will head to League Two high-fliers Harrogate in the next round. 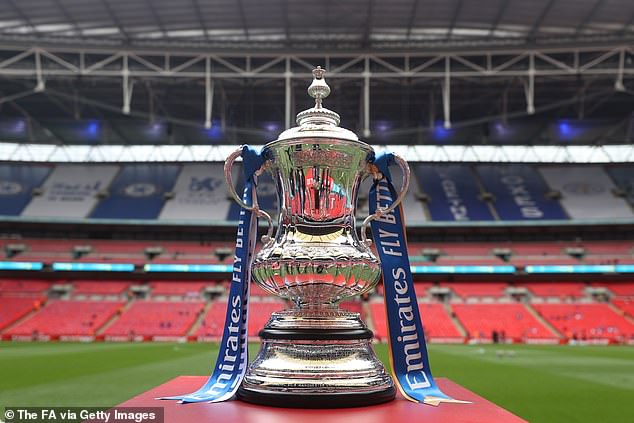 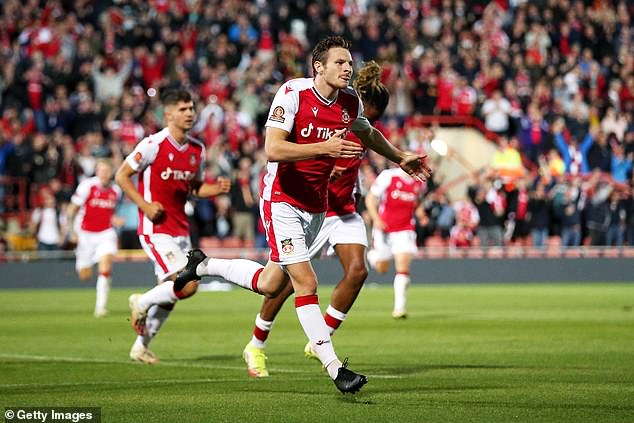 Wrexham, owned by Hollywood stars Ryan Reynolds and Rob McElhenney must overcome eighth-tier Marine in a replay to set up a trip to Harrogate Town

Sudbury, of the eighth-level Isthmian League North, are the lowest-ranked team remaining in the Cup after dumping out Dartford and were rewarded with a home match against League Two Colchester.

The U’s were eliminated by Marine at the first round stage last season and will be eager to avoid another upset.

Elsewhere in Sunday’s draw, seventh-tier Bowers and Pitsea will travel to League One club Lincoln City, while Harrow Borough head to the 2008 Cup winners Portsmouth.

Banbury have also been matched with League Two opposition in a home tie against Barrow. 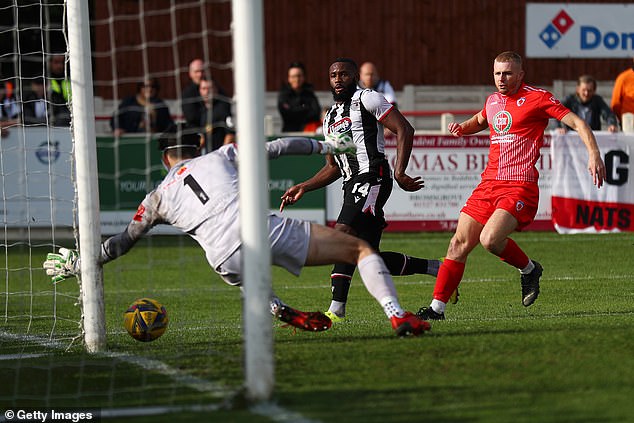 Two other eighth-level sides went to replays – Pontefract Collieries will host Maidenhead United if they can get past FC Halifax Town and Marske United will host Altrincham if they overcome Gateshead at the second time of asking.

The winner of the replay between Dorking Wanderers and Hayes & Yeading will host League Two Sutton United.

Forest Green Rovers will head to the winner of the rematch between Corinthian Casuals and St Albans.

League One Shrewsbury Town will travel to the winner of Tuesday night’s replays between Stratford Town and Boston United.

All first round ties will be played between November 5 and 8.

First round draw in full

Ties will be played November 5-8