Floyd Mayweather’s exhibition fight against Don Moore has been postponed 24 hours before it was due to take place following the death of UAE President Sheikh Khalifa bin Zayed.

The 73-year-old died on Friday after a long battle with illness, triggering a handover of power in the oil-rich Gulf state.

The ministry of presidential affairs announced 40 days of mourning, with flags at half-mast from Friday and work suspended in the public and private sectors for the first three days.

And that has resulted in Mayweather’s fight against his ex-sparring partner – which was due to take place on the famous helipad at the top of the 700ft Burj Al Arab hotel in Dubai on Saturday – being temporarily suspended.

The fight was set to be an exclusive event – attended by only 20 to 40 VIP fans after tickets were bought as non-fungible tokens at the equivalent cost of £150,000. 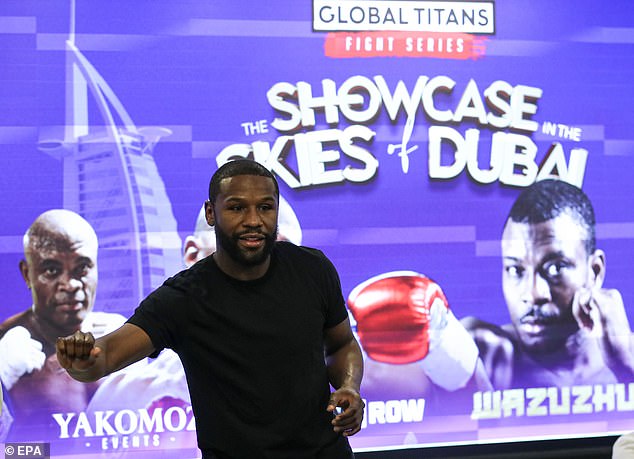 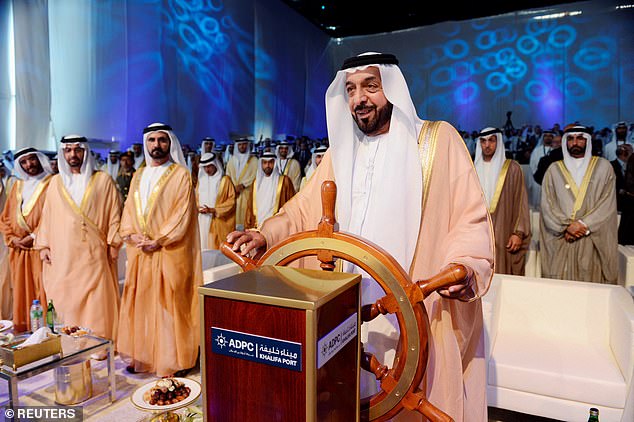 Boxing manager Sarah Fina, who was scheduled to fight on the undercard, posted: ‘Entire show cancelled! President of UAE passed away today! This is so crazy!’.

As it stands, there has been no official statement on when the exhibition between Mayweather and Moore will be rescheduled for.

The former five-weight world champion had spent this week in Dubai promoting the fight, but will now have to wait for his third exhibition fight since his retirement five years ago.

After beating UFC star Conor McGregor in his final professional bought, Mayweather defeated featherweight kickboxer Tenshin Nasukawa in the first round just a year after retiring.

Mayweather then faced YouTube star Logan Paul in an exhibition bout last June, but no winner was announced. 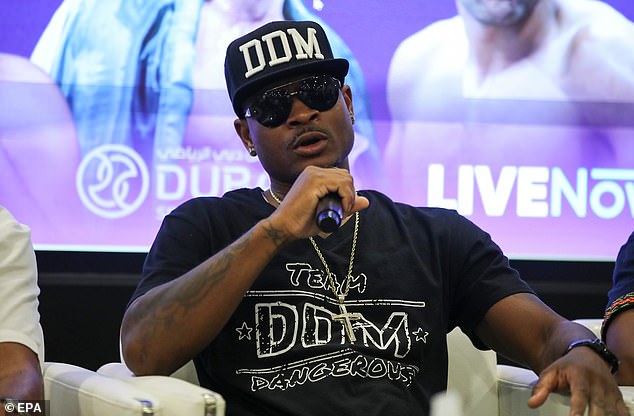 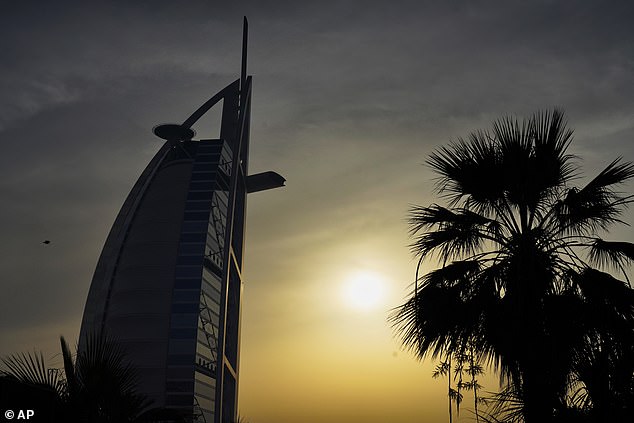 Sheikh Khalifa, who was in office during a time of rocketing fortunes for the United Arab Emirates but was rarely seen in public, is meanwhile likely to be replaced by his half-brother, Abu Dhabi Crown Prince Mohammed bin Zayed, who was already viewed as the country’s de facto ruler.

The most visible testament to Sheikh Khalifa is the world’s tallest building, Dubai’s Burj Khalifa, which was renamed after he bailed out the debt-hit emirate when the global financial crisis struck in 2009.

Sheikh Khalifa took over as the UAE’s second president in November 2004, succeeding his father as the 16th ruler of Abu Dhabi, the richest of the federation’s seven emirates. 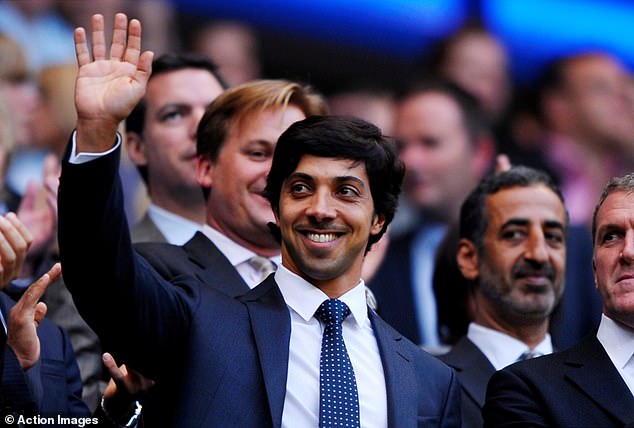