Freddie Mercury told the world about his diagnosis just 24 hours before his tragic death age just 45 on November 24, 1991 – 30 years ago today

Iconic Queen frontman Freddie Mercury lost his battle against AIDS 30 years ago today when he was just 45.

Only those closest to the legendary singer had been told of his diagnosis, even though the cruel disease had ravaged his body and left him frail.

Brian May, close friend and Queen bandmate, revealed in 2017 that Freddie had suffered devastated health consequences because of the virus.

In an interview with The Sunday Times, May said: "The problem was actually his foot, and tragically there was very little left of it.

"Once, he showed it to us at dinner. And he said, 'Oh Brian, I'm sorry I've upset you by showing you that'. 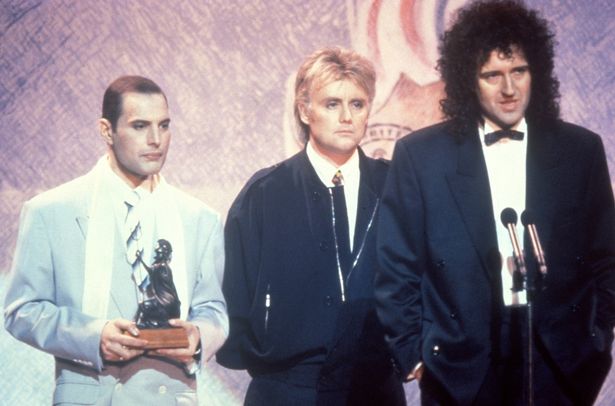 "And I said, 'I'm not upset, Freddie, except to realise you have to put up with all this terrible pain'."

Determined to hide his illness from his millions of fans around the world, Freddie spent the last two years of his life in almost total seclusion, only allowing those in his inner circle to visit him.

His Queen bandmates, friend Elton John and Mary Austin, who he described as "the love of my life" were among those who spent time with Freddie in his final days.

And those closest to Freddie, including his friend and personal assistant Peter Freestone, have explained how the star himself struggled to face up to what was happening to him.

Peter, who was nicknamed Phoebe by Freddie, said: "Freddie knew about the HIV/AIDS virus appearing around the world, and knew of friends dying from the disease, so obviously that played on his mind. Freddie Mercury was one of the most iconic frontmen in rock
(

"He might have thought he was infected, but again, like many of us, he put it to the back of his mind, thinking ‘it won’t happen to me’.

"You must remember in those days it really was a death sentence, it still is today, but now the end can be put off."

Freddie, who lost his battle against AIDS on November 24, 1991, is thought to have first realised he was ill four years earlier.

But he put off having his suspicions confirmed for as long as possible. In the end it was his beloved Mary who persuaded him to go for a test.

Peter explained: "Freddie had a biopsy taken on a mark in his hand. Freddie’s doctor tried to call Freddie, who just didn’t want to take the call.

Freddie Mercury with his Queen bandmates in 1985
(

"Eventually the doctor called Mary and told her he had to speak to Freddie urgently, so Mary then had to persuade Freddie to speak to his doctor.

"I’m sure Freddie had an idea what the doctor was going to say, so didn’t want to hear the diagnosis."

Freddie made the heartbreaking decision to stop taking his AIDS medication when he returned from a trip to Switzerland early in November 1991.

But even in his final days, Freddie was determined to think of others and spent his last days recording Queen's final album, Made In Heaven, which was released following his death.

He was adamant not to make the news of his illness public so he could protect those closest to him.

Just 24 hours before he passed away, he released a statement to the press, telling his fans that he had been diagnosed with AIDS.

His heartbreaking statement said: "Following enormous conjecture in the press, I wish to confirm that I have been tested HIV positive and have AIDS.

"I felt it correct to keep this information private in order to protect the privacy of those around me.

"However, the time has now come for my friends and fans around the world to know the truth, and I hope everyone will join with me, my doctors and all those worldwide in the fight against this terrible disease."

Freddie also bought thoughtful Christmas presents, which were delivered after he passed away. One of them was for his close friend, Elton John, who was one of the few people he allowed to visit him in his final weeks.

It was a painting by Henry Scott Tuke, one of the Candle In The Wind singer's favourite artists.

The piece of art was wrapped in a pillow case and was accompanied with a heartbreaking note.

It read: "Dear Sharon, I thought you'd like this. Love, Melina. Happy Christmas."

This was an adorable nod to the pair's nicknames for one another as they had given each other drag queen names. Elton said: "By all rights, Freddie should have spent those final days concerned only with his own comfort. But that wasn't who he was. He truly lived for others

"Freddie had passed on November 24, 1991, and weeks after the funeral, I was still grieving. On Christmas Day, I learnt that Freddie had left me one final testament to his selflessness.

"I was moping about when a friend showed up at my door and handed me something wrapped in a pillowcase.

"I opened it up, and inside was a painting by one of my favourite artists, the British painter Henry Scott Tuke. And there was a note on the front from Freddie.

"Years before, Freddie and I had developed pet names for each other, our drag-queen alter egos. I was Sharon and he was Melina. Freddie's note read, 'Dear Sharon, I thought you'd like this. Love, Melina. Happy Christmas.'

"I was overcome, 44 years old at the time, crying like a child. Here was this beautiful man, dying from AIDS, and in his final days, he had somehow managed to find me a lovely Christmas present.

"As sad as that moment was, it's often the one I think about when I remember Freddie, because it captures the character of the man. In death, he reminded me of what made him so special in life."