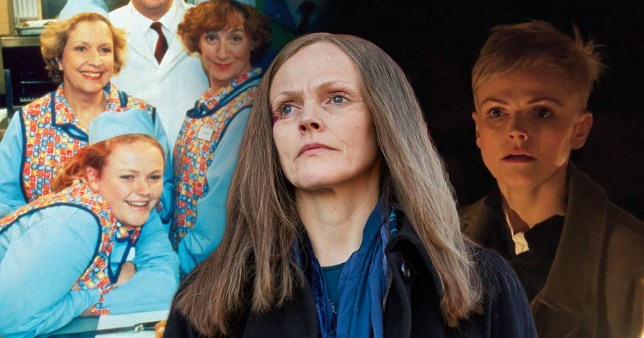 The actress is back on screen in Rules of the Game (Picture: REX / Youtube)

Since first making a big impact in the BBC comedy Dinnerladies, Maxine Peake has established herself as one of the finest performers working in TV.

If she’s in something new, chances are it’ll be well worth a watch, and the actress is the star of new drama Rules of the Game, which arrives on BBC One this week.

The series takes a look at sexual politics in the workplace, following the events that lead up to a suspicious death.

When a body is found in the reception of a northern sportswear company, Maxine’s character Sam recounts the events that lead to the incident and reflects on damning moments from her past.

It’s a timely reminder, if we ever needed one, of her acting chops – and a good excuse to look back at some of her finest moments.

From Anne to Dinnerladies, these are Maxine Peake’s biggest screen roles ranked.

The likes of James McAvoy, David Threlfall and Anne-Marie Duff might have been the more obvious standout stars of hugely influential series Shameless, but Maxine was so perfect as Veronica she’s have justified a show entirely of her own.

She played the neighbour of the Gallaghers, and was such good value in every scene – stealing episode after episode.

The character smoked like a chimney, was up for anything and always true to her friends. Maxine embodied her perfectly and never failed to raise a smile.

Maxine was in her early twenties when her breakthrough role came in the revered Victoria Wood sitcom Dinnerladies – and it was clearly TV fans had a talent to look out for from the start.

While her career has seen her take on some of the most serious roles around in gripping dramas, it was clear she had funny bones too in the 90s show. She more than held her own alongside some of the most acclaimed comedy actors of their generation on the programme.

The actress also brought complexity to the role of Veronica Ball which others may have failed to find, and Dinnerladies was the perfect springboard for her career to come.

She’s shown her capacity for provoking pathos and empathy in audiences plenty of times, but Maxine has never been shy of taking on more complex roles either. She’s brought people real people with real flaws to life – and even real monsters in some cases, especially in See No Evil: The Moors Murders where she played Moira Hindley.

Mike Leigh’s Peterloo and brutal Black Mirror episode Metalhead have stood out as highlights over recent years, but Funny Cow saw her put in one of the most of multi-faceted performances of her career as the un-PC (and often outright unlikeable) stand-up comedian, battling away to make a living in northern working men’s clubs of the 70s.

If you haven’t seen it, this great British drama also starring Stephen Graham and Paddy Considine is well worth seeking out.

We’re cheating a little here by adding it to the list, as this was a filmed stage production packaged as a limited cinematic release back in 2015, but it would be amiss to talk about Maxine’s career without recalling this landmark moment.

This production at the Royal Exchange, Manchester, marked the first female Hamlet on a major stage since Frances de la Tour in 1979 – and it was worth the wait.

Incendiary in parts, beguiling and contemplative in others, she delivered a staggering tour de force in the gender switched production, and gave Maxine full range to show off just about everything in her reporteoire.

If gravitas were ever required for a role, it’s the part of Anne Williams – the Hillsborough campaigner who fought for justice for the 97 victims before she died in 2013.

The ITV series is a tender and often a very difficult watch, with Maxine’s burning anger and incendiary performance marking arguably the most challenging of her career to date.

It rages against injustice and shows incredible solidarity, depicting the human lives behind one of the most heartbreaking disasters the UK has ever seen. Maxine, crucially, brings strength and incredible poise in the face of unimaginable adversity too.

The show has won unanimous praise, but the most important feedback came from the daughter of Anne Williams’ daughter Sara – who told writer Kevin Sampson that she had an ‘uncanny’ resemblance to her mother in the series. 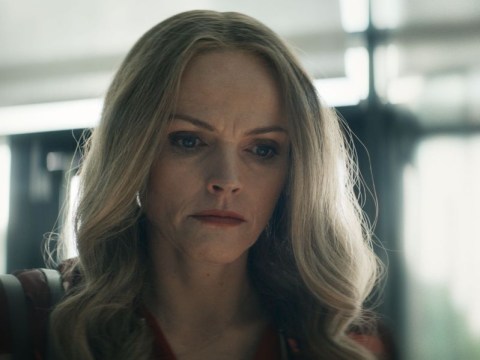 Rules of the Game review: Even Maxine Peake can’t save uninspired #MeToo drama 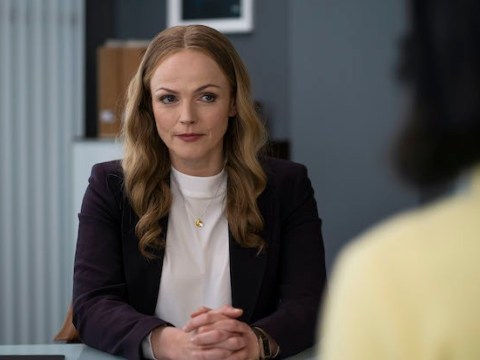 Rules of the Game: Is the Maxine Peake drama based on a true story? 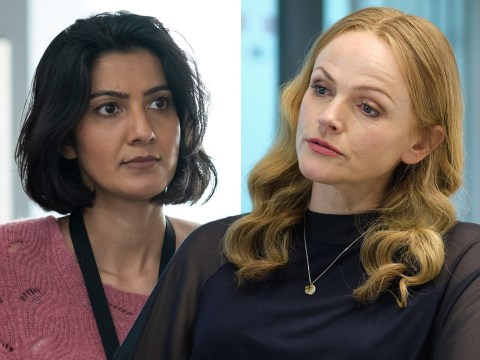 Rules of the Game: When is it on and who is in the cast?

There was only ever one person for it and thankfully Maxine did not even hesitate,’ he told BBC News.

‘There was something universal and human about one mother’s story.’

Rules of the Game is available to watch on BBC iPlayer.

MORE : Rules of the Game: Is the Maxine Peake drama based on a true story?