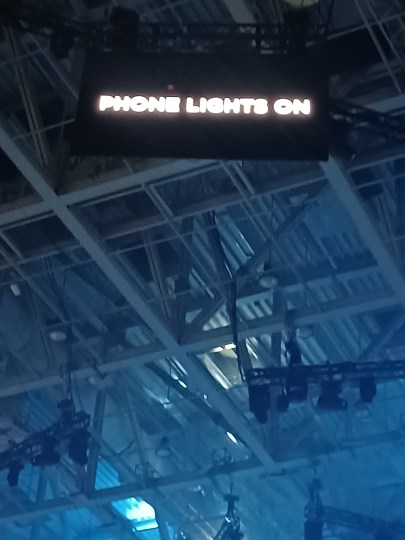 Ever wondered why everyone gets their phones out t the same time? Wonder no more (Picture: Emma Kelly/METRO)The United Kingdom has already won… kind of

Europe hasn’t voted yet, so the figures are just made up, but we got a sneak peek at the process yesterday, and in what could be a very exciting prediction or a huge jinx, the United Kingdom was proclaimed winner following the televote, with a combined result of 411 points, with Estonia coming second.

Romania came last, which could be rather prescient considering WRS has landed the dreaded second place in the running order (nobody has ever won from performing in this slot).

The juries have already cast their vote

You know the part of the night when we go all the way around Europe, talking to national celebrities about douze point? That’s the jury vote, not the public vote, and the actual voting has already happened.

The national juries of each country watched the dress rehearsal on Friday night, and cast their votes based on those performances. These votes make up 50% of the final result, and while topping the jury vote doesn’t necessarily guarantee a win (Maneskin only came third with the juries last year), it would leave you in first place before the televote and sets you up for a very good night.

And with Sam tipped to do well with the juries… well, it’s going to be a tense time.

The Eurovision Song Contest final airs tonight at 8pm on BBC One.