Gabriel Martinelli could be lining up for Arsenal against Manchester United on Thursday evening but if things had been different, it could have been the other way around.

ESPN Brazil report that between 2015 and 2017, Martinelli spent 15 days training at Manchester United’s academy after catching the eye of their scouts.

He apparently dined with the likes of Patrice Evra and Marouane Fellaini and got a picture with Paul Pogba and even featured in an Under 18s friendly. 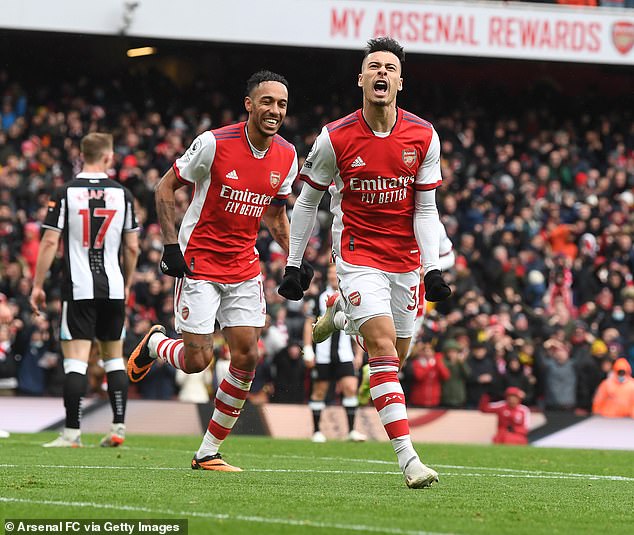 Martinelli also trained at Barcelona’s La Masia training venue but eventually Arsenal made a move in 2019 for the then 18-year-old at Ituano, who joined for an undisclosed fee.

Martinelli scored his first goal of the season at the weekend, with a slick finish in Arsenal’s 2-0 win over Newcastle at the Emirates stadium.

Arsenal manager Mikel Arteta heaped praise on Martinelli in his pre-match press conference ahead of the clash with United at Old Trafford. 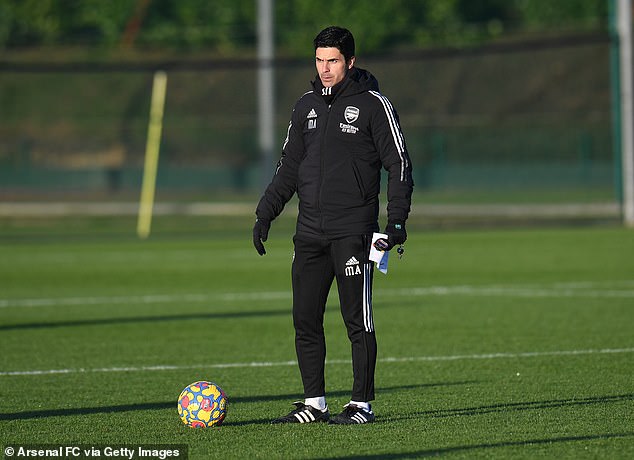 He said: ‘I understand that we want to play all the players, but we can only play 11 of them.

‘We have such a young team and we have to find the right pathway with the right timing within the pathway because it can look in a different way and I think it’s very clear what we want to do with Gabi.

‘His determination is absolutely top and he will continue to do that. He has the capacity to start games, no doubt about it.’