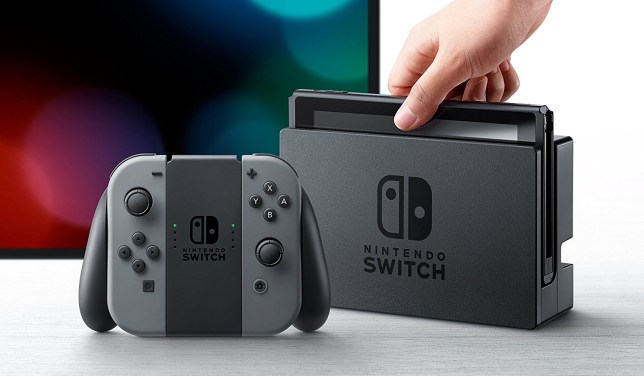 Is it time for a sequel? (pic: Nintendo)

The Thursday letters page hopes for a Syndicate revival from EA, as one reader is unimpressed by Nintendo’s 2022 games line-up.

To join in with the discussions yourself email gamecentral@metro.co.uk

Backwards Nintendo
So we’re starting to see the first hints from Nintendo that the Switch 2 is real (I personally doubt it’s the Switch Pro, I think that moment has passed). Even though this isn’t an official tease Nintendo don’t tend to do anything too far in advance of a release, so my guess would be that it will be out within the next 12 months – possibly around March when the original came out and perhaps alongside Zelda: Breath Of The Wild 2, which is again repeating the same trick as the first one.

That all seems good to me and about the right time for Nintendo to go ‘next gen’ but for some reason the first question that comes to my mind is will it have backwards compatibility? It’s unfairly forgotten by many, but the Wii was actually really good for backwards compatibility and so was the Wii U. But since the Switch doesn’t use discs it can’t run any of the older games straight off.

What Nintendo aren’t very good at is digital accounts and services – it took them until now not to just tie all the games to the console and not your account – so I really don’t know if they’re going to see digital backwards compatibility as priority. I hope so though because I am not going to be buying Breath Of The Wild and Mario Kart 8 again just to play on the Switch 2, even if it’s Mario Kart 8 Super Deluxe.

It’s always hard to guess what Nintendo sees as important, especially as they’re not trend-chasers, but I hope they realise that backwards compatibility is more than an optional extra now, even if it didn’t seem to gain them much on the Wii.
Focus

Low priorities
You’ve got to laugh at the supreme arrogance of the FIFA game saying their game will be better than EA’s, even though EA has 30 years of experience and they have zero. It’s funny how EA seem so awful under normal circumstances and then you realise some organisations are even worse.

Although I think the best thing to remember here is that what’s best for fans is so far down the list of priorities for both companies I doubt it even made it into the appendix. That said I have far more faith in EA’s game being good than I have FIFA’s, whose entire pitch seems to be ‘It’s called FIFA, so it’s good to be good!’

Still, it doesn’t hurt to have rivals so hopefully this will make up for the death of PES and some real choice for football fans.
Gifford

Bullfrog redux
I find it very hard to think of any EA game I’d like to see remade. I’m not an EA hater but they just don’t make that sort of game. It’s all yearly sequels and live service titles, for better or worse. I guess Dragon Age is a fair guess, but I can’t see it being Battlefield: Bad Company.

As much as fans like to say it was one of the best ones I think that’s just rose tinted glasses. It might have been good back in the day but I don’t think the single-player campaign stands up at all. Better to make a sequel then be stuck in the past with the original.

As for what the new game using an existing IP could be, I hope it’s something really old like Syndicate or Dungeon Keeper. There was a time when EA used to release lots of normal, single-player games and I don’t see why thy can’t do both. They’re so big you’d think they could afford to branch out a bit, even if it’s not quite as lucrative as FIFA… or whatever it’s called now.
Coolsbane

Declining interest
Apart from Bayonetta 3 I have to see this year’s Switch line-up is pretty boring for me. Advance Wars would be great if it does get released but I have no interest in Xenoblade Chronicles 3, Pokémon, or Mario Strikers.

I might be interested in Splatoon 3 if it reviews well, since I never played the originals, but it’s pretty low priority for me and not something I’m actively looking forward.

I know it’s the pandemic and everything but I haven’t been interested in anything Nintendo has done for something like three years now. That first year or so for the Switch was amazing but I have to say it’s been all downhill since there. Not off a cliff but definitely a noticeable slope downwards.
Kimble

Private interests
I don’t know how I feel about someone as awful as Elon Musk being into games and sharing his Elden Ring build on Twitter. In a way it’s kind of a life-affirming that even the richest man in the world is desperately seeking attention on social media but on the other hand it’s really cringey seeing him trying to act like he’s down with the kids talking about video games.

Thinking about it though I bet more celebrities than we realise probably play games, as they’re often stuck with nothing to do on sets and the like, and can’t exactly just pop out on whim whenever they like. You still never hear them talk about it all that much though so I guess they still think it’ll make them seem too much like nerds.

I wish John Carpenter would talk more about games though. I’ve heard he’s a super fan but apart from helping with F.E.A.R. he never seems to have become involved in the industry and I’ve no idea what kind of games he likes.
Lest

Going batty
I have to agree with Rocco’s perspective on Gotham Knights from yesterday’s Inbox. Having just watched the new gameplay overview, I wouldn’t have been surprised if I was told that it’d been captured on a PlayStation 4 or Xbox One.

More so than the visuals, the main concerns for me were that the two core gameplay mechanics from the Arkham trilogy of games, the combat and traversal, look considerably less fun in Gotham Knights. I could be wrong, obviously, having not had any hands-on experience with the game, but the combat shown didn’t look very impactful or free-flowing. Sure, Nightwing is extremely acrobatic but it didn’t look like there were many combos being strung together, which gave a real thrill in the Arkham games.

Similarly, traversing Gotham using the hang glider and magical jumping (?) looked pretty boring when compared to gliding as Batman and all the intricacies that came with it. Having said that, Red Hood’s grapple hook did look quite satisfying.

Of course, the gameplay was taken from an unfinished build of the game so there’s every possibility that my concerns are misplaced and the final product will be a good game. I’m just not confident of that so far.
Hubert

GC: We think your concerns are entirely justified.

Needs more dinosaurs
Like everyone I’m pretty amazed at the Unreal Engine 5 train station demo. Especially because apparently Japanese train stations look pretty much like British ones. But then it looked to be an overground one I guess.

I can’t pretend to know whether we’ll ever get an actual game that looks like this (aren’t train sims a thing though?) but if a console can do this even just as a demo that’s pretty impressive. But next time try doing something more exciting, eh? Imagine if the PS1 T-Rex demo had been a train station indeed!
Tezer 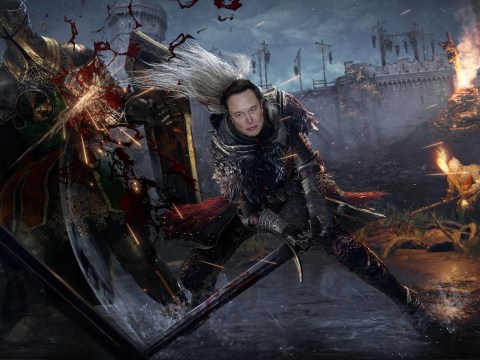 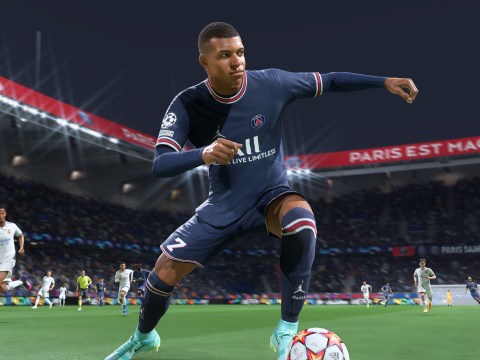 Games Inbox: What will be the difference between EA Sports FC and FIFA? 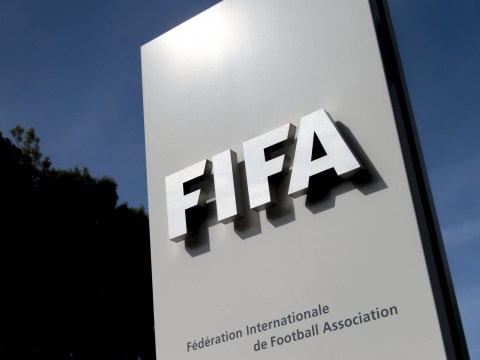 Football experts
Do FIFA have a severe case of cognitive dissonance?

I’m only asking because I can’t believe they have the brass tacks to state that only a game bearing their franchise name will be the best. What on earth do they think EA have spent the last 27 years doing?
Well, I’ll tell you what EA have been doing, for good or ill, is refining and redefining their product into what it is today. And if FIFA think people are daft enough to fall for what will be, inevitably, inferior products, then they need to have a serious look in the mirror.

Whilst not believing that EA are the rosy picture of virtue, they have certainly created a slick product and they aren’t going to give it away. If they really have signed up all the players, clubs, and stadiums on separate deals, then FIFA could find themselves with serious egg on their faces from a lack of their own product licence all the way to destroying their own brand value by churning out junk by comparison.

It’s not like, since the self-destruction of PES, that there is any real competition. I know of no other football games that any of my friends, or their children play, and they won’t be deflected by the FIFA brand being applied to any old rubbish. Beyond that, the situation boils down to greed, of course, and the belief that EA will not survive without the FIFA branding. They are, of course, completely wrong, and Gianni Infantino is head of FIFA and not a video game company, so he might well know football, but he, almost certainly, will know nothing of video games or their design.

To conclude, just because FIFA think they are football to the world, they are not football to gamers. Having said that, I expect EA Sports FC to still be a microtransaction riddled lootbox festival, and to be as shameless as ever about it. After all, they have the best game of football on the little screen and they know it.
ZiPPi

Inbox also-rans
Jotun: Valhalla Edition and Prey are free on Epic Games Store from 4pm on Thursday. They have been given away before by Epic and Prey is the Arkane game who made Dishonored and Deathloop recently.
Andrew J.

GC: Actually, Arkane has two separate studios. Arkane Lyon made Deathloop and Dishonored 2, while Arkane Austin made Prey. Which explains why it’s not quite as good.

I’m struggling to understand what that Nintendo Indie World showcase was. I mean, I guess it’s nice and honest to admit there’s nothing much on the horizon, but is making it so obvious really a good idea for them?
Kokburn

This week’s Hot Topic
The subject for this weekend’s Inbox was suggested by reader Gadfly, who asks what you feel is the most overrated video game ever?

It doesn’t necessarily have to be viewed as a classic but what general consensus do you disagree with the most, when it comes to highly rated games? Why do you disagree and were you surprised to find out that you held a minority opinion about the game?

Do you often find yourself disagreeing about games in this way and if not why do you think it happened in this instance? Can you see what it is that others liked about the game or is it completely unappealing to you?

The small print
New Inbox updates appear every weekday morning, with special Hot Topic Inboxes at the weekend. Readers’ letters are used on merit and may be edited for length and content.

You can also submit your own 500 to 600-word Reader’s Feature at any time, which if used will be shown in the next available weekend slot.

MORE : Games Inbox: How to save Halo Infinite, Resident Evil 9 expectations, and BioWare’s Lord Of the Rings