Sign upWhen you subscribe we will use the information you provide to send you these newsletters. Sometimes they’ll include recommendations for other related newsletters or services we offer. OurPrivacy Noticeexplains more about how we use your data, and your rights. You can unsubscribe at any time.Thank you for subscribingWe have more newslettersShow meSee ourprivacy noticeInvalid EmailSomething went wrong, please try again later.

Ben Davies has every faith that ‘incredibly tough’ Gareth Bale has the hide to cope with all the flak that has come his way this season.

The on-loan Real Madrid star has been criticised for his performance levels since returning to Tottenham in September.

And a fortnight ago, Jose Mourinho gave him a public cuff over an injury that the Portuguese said was not ‘clear and obvious’.

The Spurs boss was also upset by claims on the Welshman’s Instagram account that he’d had a ‘Good session today’, claiming ‘there was a contradiction between the post and reality’.

Since then, Bale has scored in both legs of Tottenham’s Europa League victory over Wolfsberg and was impressive as a second-half substitute against West Ham.

Davies said: “When you have players of his quality, the levels he has reached in the game — whether it be Gareth Bale, Cristiano Ronaldo, Lionel Messi — everyone has a story about them being great now or poor the next day, or not reaching the heights they have reached.

“Gareth has had a lot of criticism, probably unjustly, when he was at the top of his form.

“Even after four Champions Leagues, what he has done for the national team, what he did for Real Madrid, he still gets questioned about his ability.

“That must be tough to take. He deals with it pretty incredibly.

“But we all know the quality he has and we are going to have a lot of games where he is going to be vital for us.”

September 19, the day Bale returned, was a mixed one for Davies because Real left-back Sergio Reguilon was also on board the private jet from Madrid to complete his move to Spurs.

Davies added: “You expect at this level that there are going to be two for every position, given the amount of games we have this season and given where the club wants to be. 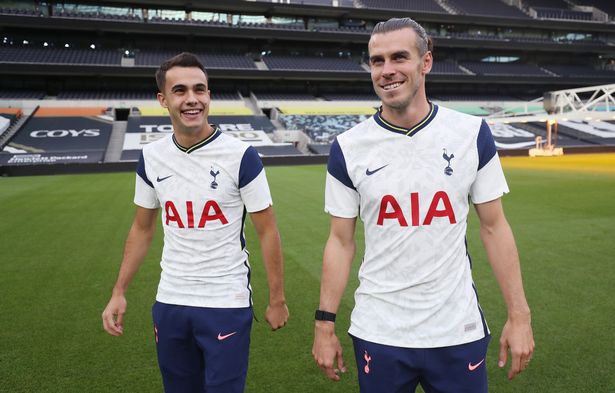 “You have to have that element of a challenge between players across the park.

“It was expected in the window that someone would come in and it was fine.

“It was a challenge and one I was looking forward to… with the added bonus of Gareth Bale coming.”

Spurs need to get back to winning ways in the Premier League against Burnley today after five defeats in their last six top-flight outings.

Davies said: “It’s a big game for us. We need to pick up points.

“We’ve got a potential run of three games where we’d be expected to win now and it has to start with the Burnley game, regardless of how it comes.

“There seem to be problems cropping up everywhere.

“You can’t get too caught up in reasons why. We’re not doing anything different to what we were doing when we were flying at the start of the season.

“But now it’s about showing pride, showing a bit of guts, and going to these games against Burnley and standing up, ready to face the challenge that we’re up against.”