Sportsmail exclusively revealed on Friday that the Gunners had filed an application for the clash with bitter rivals Tottenham to be called off, and just after midday on Saturday the Premier League accepted the request.

Arsenal have at least a dozen players unavailable because of positive Covid cases, injuries, suspension and international duty at the Africa Cup of Nations. 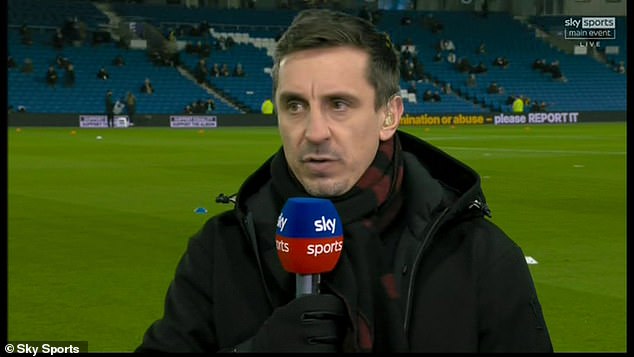 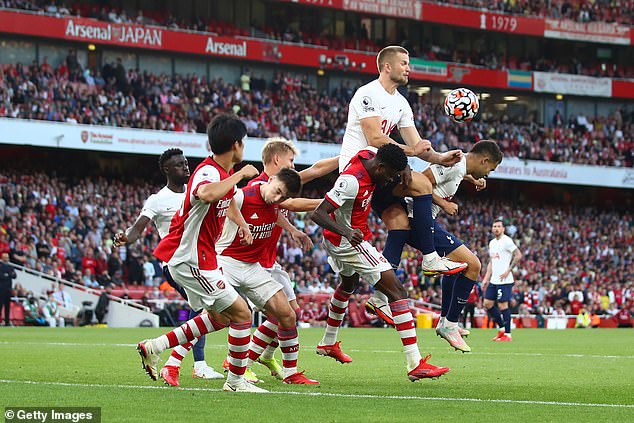 But Neville said the lack of transparency around Premier League clubs asking for matches to be postponed suggested many were now doing so for reasons other than the pandemic, which should not be allowed.

‘Game off (Tottenham v Arsenal). What started out as postponements due to a pandemic has now become about clubs not having their best team,’ Neville posted on Twitter.

‘The Premier League must stop this now, draw a line in the sand and say all games go ahead unless you have an exceptional amount of CV (Covid) cases. It’s wrong.’ 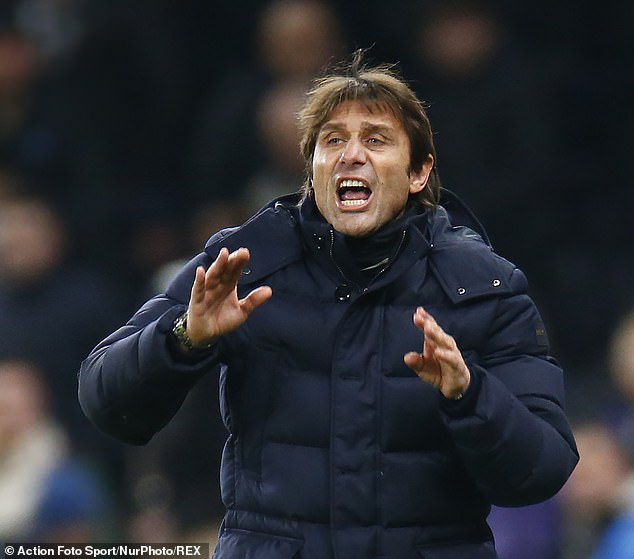 However, Ian Wright has taken issue with Neville’s previous stance on the matter, suggesting the ex-Manchester United player was more concerned about Super Sunday going ahead for his employers Sky Sports than fans.

Spurs are expected to be furious with the postponement, which leaves them with four Premier League matches in hand, and their fans wasted no time in venting their anger on social media.

‘Frauds’ was all one Spurs fan could bring themselves to write, while another pointedly claimed Arsenal were not ‘complaining when they beat below strength teams in December’ and branded the Premier League ‘a joke’.

One disgruntled Twitter user said: ‘Such a joke. Maybe (Arsenal) don’t loan out two first team players then cry that you can’t find a team? Shameful.’

However, several Arsenal fans were gleeful in watching the anger of their Spurs counterparts, with some indirectly admitting that Arsenal had gotten away with it.

‘The Arsenal mastering the dark arts again,’ wrote one fan, while another boasted: ‘We postpone games when we want.’