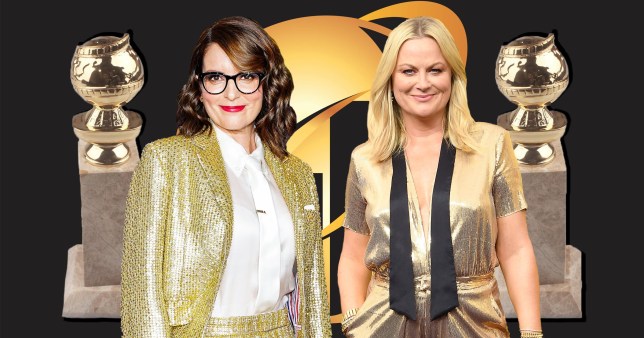 The Golden Globes 2021 are on their way! (Picture: Getty)

The Golden Globes are almost here and, while the show is going virtual for the first time, there’s still set to be plenty of glitz and glam all round.

Just like pretty much every other event in the world, the 2021 ceremony was pushed back, but it’s finally time to see which actors, directors, films and TV shows have won a coveted statuette.

The nominations were announced a few weeks ago, with the likes of Anya Taylor-Joy and Chadwick Boseman leading.

While fans were thrilled to see some of the stars and productions being honoured, there was also some controversy, especially with Michaela Coel’s masterpiece I May Destroy You, being snubbed.

Meanwhile, Sia’s controversial film Music picked up two nominations, while James Corden received a nod for his questionable role in Netflix’s The Prom.

As for who will win, only time will tell.

However, for UK viewers, it will actually be March 1 at 1am – so get ready for a late one.

The ceremony was originally meant to air in January, but was pushed back due to the coronavirus pandemic.

How can you watch the Golden Globes 2021 in the UK?

While the ceremony is airing in the US on NBC, there are no British channels airing the awards in full.

However, there will be plenty of updates from the Golden Globes social media accounts.

Who is hosting the Golden Globes 2021

The queens are back (Picture: NBCUniversal via Getty Images)

Comedy icons Amy Poehler and Tina Fey are returning to host the Golden Globes for a fourth time.

However, since the ceremony is virtual for the first time, the pair will be hosting from opposite coasts, with Amy stationed at the Beverley Hills Hilton in LA, and Tina based at the Rainbow Room in New York City.

Who is presenting the awards at the Golden Globes 2021?

It’s tradition that past winners and nominees return to present the awards at the Golden Globes, and this year is no different.

Advertisement
Who is nominated at the Golden Globes?

Boseman is nominated for his role in Ma Rainey’s Black Bottom (Picture: Getty Images for MTV)

Notable nominees include Chadwick Boseman, who earned a nod posthumously for his incredible role in Ma Rainey’s Black Bottom. His co-star Viola Davis is also nominated.

Anya Taylor-Joy has been nominated in both film and TV categories, for her amazing roles in The Queen’s Gambit and Emma.

Meanwhile, history has been made in the director category, with multiple women being nominated for the first time ever. Chloe Zhao (Nomadland), Regina King (One Night In Miami) and Emerald Fennell (Promising Young Woman) are all in the running to win.

Best Performance by an Actor in a Television Series – Drama

Aaron Sorkin, “The Trial of the Chicago 7” (Netflix)

Best Actress in a Motion Picture – Musical or Comedy

Rosamund Pike (“I Care a Lot”)

“The Mandalorian” (Disney Plus)

Best Performance by an Actress in a Television Series – Drama

Mark Ruffalo (“I Know This Much Is True”)

Best Actor in a Motion Picture – Musical or Comedy

Vanessa Kirby (“Pieces of a Woman”)

“The Trial of the Chicago 7” (Netflix)

Best Actor in a Supporting Role in Any Motion Picture

Sacha Baron Cohen (“The Trial of the Chicago 7”)

Bill Murray (“On the Rocks”)

Best Television Limited Series or Motion Picture Made for Television

Best Performance by an Actor in a Supporting Role in a Series, Limited Series or Motion Picture Made for Television

Best Actress in a Supporting Role in Any Motion Picture

Helena Zengel (“News of the World”)

“Another Round” (Samuel Goldwyn Films)

“The Life Ahead” (Netflix)

“The Trial of the Chicago 7” (Netflix)

Best Performance by an Actress in a Supporting Role in a Series, Limited Series or Motion Picture Made for Television

“Hear My Voice” from “The Trial of the Chicago 7” (Netflix) – Daniel Pemberton, Celeste

“Tigress & Tweed” from “The United States vs. Billie Holliday” (Hulu)

“Over the Moon” (Netflix)