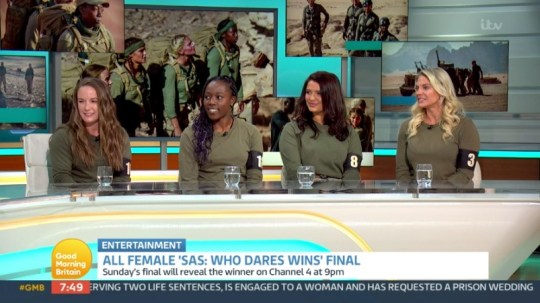 It marks the first time SAS: Who Dares Wins has had an all-women final (Picture: ITV)

‘#GMB well done. The episode of #saswdw hasn’t even aired yet so we didn’t know who was in the final 🙈 #spoilers,’ one person tweeted.

‘Thanks for absolutely ruining the final,’ another person remarked, as someone else said: ‘So we now know none of the men make it past interrogation phase.’

#GMB well done. The episode of #saswdw hasn’t even aired yet so we didn’t know who was in the final ð #spoilers. @GMB

Ahead of the final, the four remaining competitors spoke out about how it felt to be in the final, with student and former dancer Paige saying: ‘To be able to look beside you and see it’s all women is a revolutionary feeling.’

Semi-pro footballer Shylla told The Sun: ‘You can’t underestimate women just because we look smaller or might be physically weaker.

‘It comes down to mental resilience and whether you have the strength to keep pushing. We did.’ 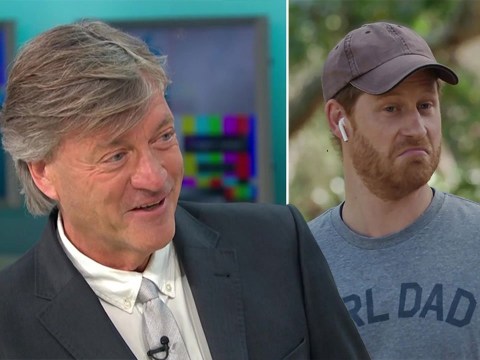 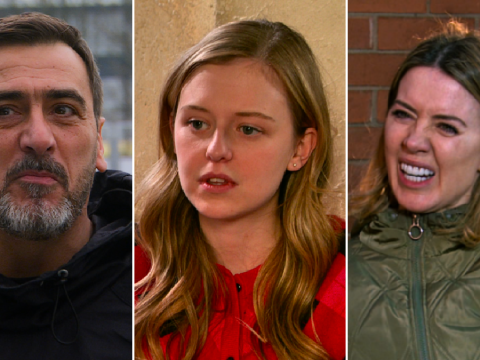 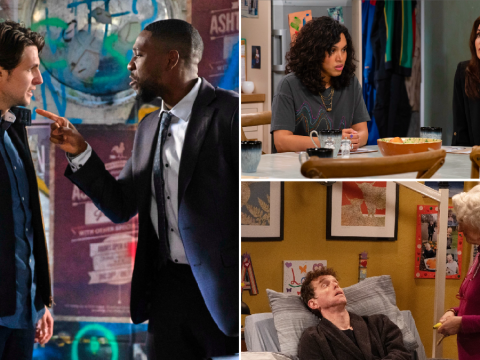 Paramedic Cat added: ‘The guys, for whatever reason, couldn’t cope with being left in their own heads.

‘They are bigger and stronger and maybe they’ve relied on that. In interrogation, it’s about the mental game.’

Good Morning Britain airs weekdays from 6am on ITV. The SAS: Who Dares Wins final airs on Sunday at 9pm on Channel 4.

MORE : SAS Who Dares Wins: Contestant haunted by affair with friend she was once bridesmaid for: ‘I caused so much hurt’

MORE : SAS: Who Dares Wins contestant emotionally opens up about being ‘stereotyped’ as ‘angry Black woman’ after being voted most untrustworthy recruit