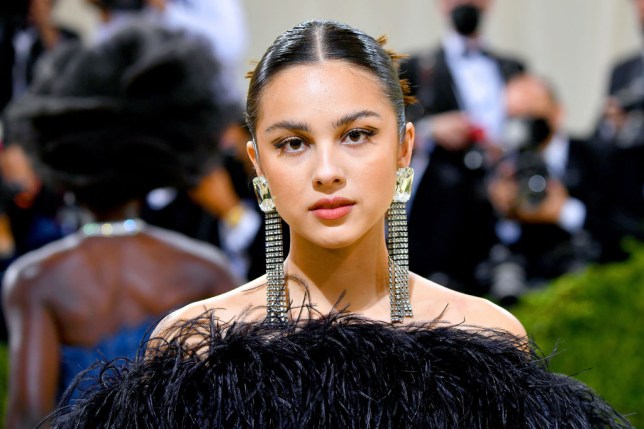 Olivia Rodrigo’s name was initially not read out during the Grammys nominations for best music video (Picture: FilmMagic)

The Drivers License singer, 18, has been mentioned in no less than seven categories for the upcoming awards ceremony, which will be taking place at the Crypto.com Arena in LA, on January 31, 2022.

However, there appeared to be a mishap when revealing the names in the mix for the best music video gong.

The announcer confirmed that AC/DC, Jon Batiste, Tony Bennett & Lady Gaga, Justin Bieber, Billie Eilish and Lil Nas X had scooped a nomination but then went on to the next category, despite Olivia’s name flashing up with Good 4 U.

‘Olivia Rodrigo’s FIRST ever grammy nomination and she got SKIPPED …………. bye,’ one fumed.

Olivia has landed a whopping seven nominations at the Grammys (Picture: FilmMagic)

‘#GRAMMYs Hey @RecordingAcad the woman forgot to mention Olivia Rodrigo. She must be devastaded [sic],’ another agreed.

A follower screamed: ‘SHE FORGOT TO SAY GOOD FOR YOU BUT IT WAS ON THE SCREEN???? IS OLIVIA RODRIGO A GRAMMY NOMINEE????’

‘Olivia Rodrigo did not write songs crying in the bathroom floor for you to skip her name!!!

#GRAMMYs Hey @RecordingAcad the woman forgot to mention Olivia Rodrigo. She must be devastaded.

SHE FORGOT TO SAY GOOD FOR YOU BUT IT WAS ON THE SCREEN???? IS OLIVIA RODRIGO A GRAMMY NOMINEE????

did she just skip olivia rodrigo good for you ?????? i would be sooo mad if i was her #GRAMMYs

‘WHAT THE F**K IS UP WITH THAT?? #GRAMMYs,’ a Twitter user added, riffing on the lyrics to her newly-nominated banger.

It was up to Harvey Mason Jr, the CEO of the Recording Academy, to correct the error before the final musicians were announced.

‘First, I’d like to mention, there was one nominee we didn’t announce in the best music video category, and that’s Good 4 U by Olivia Rodrigo,’ he said. ‘Congratulations!’ 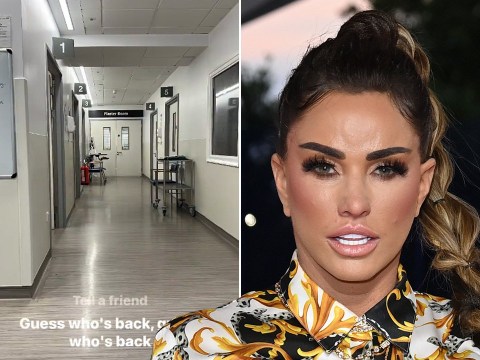 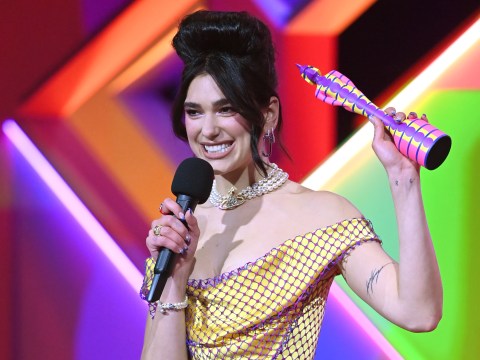 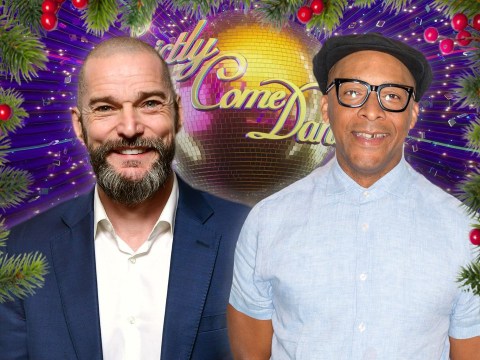 Thankfully, this wasn’t the only mention Olivia got as she has also been named in six other categories, including the coveted album of the year, as well as record of the year, best pop vocal album and song of the year.

She has also been tipped for best new artist and best solo performance, rounding her tally up to seven nominations.

Not too shabby for her debut Grammys!