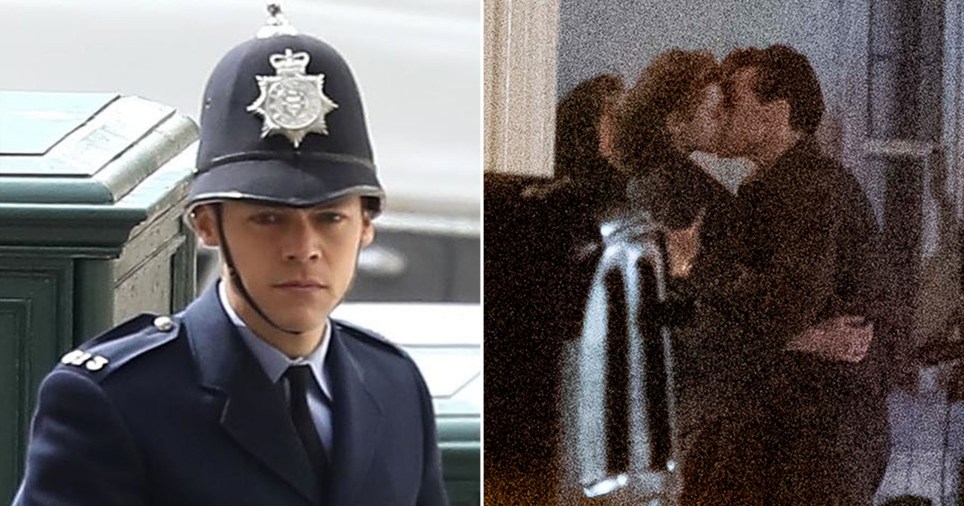 Harry Styles and Emma Corrin got very close on the set of My Policeman (Picture: Mega / Backgrid)

Harry Styles donned a policeman’s uniform as he kissed Emma Corrin on the set of their new film, My Policeman.

The Watermelon Sugar singer, 27, is playing gay officer Tom Burgess in the upcoming flick, while the Crown actress is starring as his on-screen wife, Marion.

Filming kicked off recently and continued in Worthing, where the pair were seen sharing a passionate embrace in front of the cameras on a night shoot, surrounded by vintage cars.

During another scene, he rocked a full, navy policeman’s uniform and hat in a scene where he appeared to meet lover Patrick Hazelwood, played by David Dawson.

They were pictured shaking hands on set, with David in costume in a brown coat, a mustard yellow polo-neck and grey trousers for the shoot.

For moments the One Direction star wasn’t needed in front of the camera, he added a black face mask to keep up with coronavirus guidelines.

My Policeman is set in the late 1990s and follows ‘the arrival of elderly invalid Patrick into Marion and Tom’s home’.

This triggers the exploration of seismic events from 40 years previous – the passionate relationship between Tom and Patrick at a time when homosexuality was illegal’.

The movie, based on the novel of the same name by Bethan Roberts, is helmed by Michael Grandage while the screenplay has been penned by Oscar-nominated Ron Nyswaner.

My Policeman has not been given a release date (Picture: Backgrid)

According to reports, Harry and David will be stripping off for an intense, X-rated sex scene for the big-screen adaptation.

An insider explained the singer has ‘thrown himself into the new role’, and is ‘excited’ about the challenge. 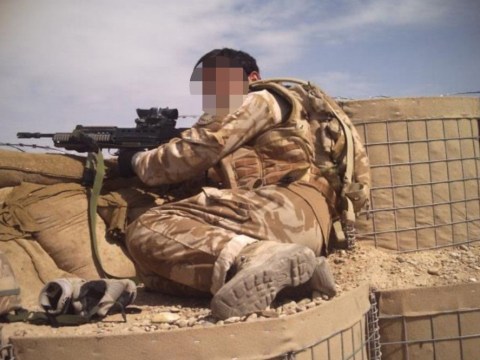 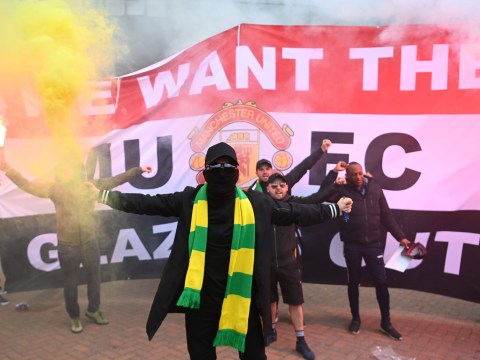 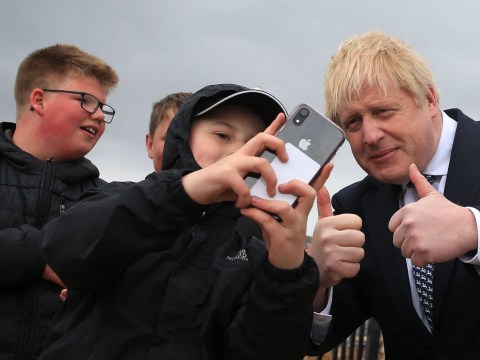 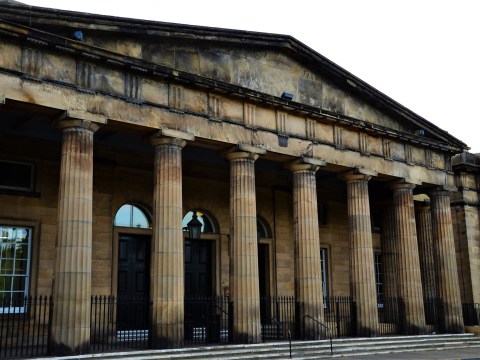 ‘Harry will be having sex on screen and they want it to look as real as possible,’ a source told the Sun. ‘The plan is to shoot two romps between Harry and David, then another scene where Harry is naked on his own.

‘Not much is going to be left to the imagination.

‘Harry is throwing himself into this new role and is really excited about the challenge, even though it’s a daunting task.’

MORE : The Spice Girls are ‘in talks’ for a Spice World: The Movie sequel and it’s everything we need and more