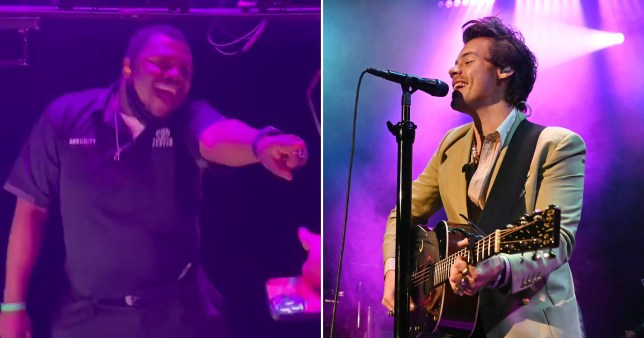 Harry’s tour has been eventful so far (Picture: @pressedpapershop/Getty)

Harry Styles’ music doesn’t just have a profound effect on his fans as a security guard at his recent tour show was caught dancing like there’s no tomorrow.

The former One Direction brought his Love On Tour jaunt to Houston’s Toyota Center earlier this week as he continues to promote his acclaimed 2019 album Fine Line.

One concert-goer managed to catch the most epic moment when a security guard let the music take over his body. It was made even more incredible as the guard let loose to One Direction’s debut hit What Makes You Beautiful as Harry put his solo spin on the classic bop.

While mouthing the words to the pop banger, the security guard bounced to the beat with a huge smile on his face as he stood at the bottom of the stage.

Clearly, What Makes You Beautiful was his favourite jam.

Other clips shared by the TikTok user showed Harry, 26, calling up a fan’s girlfriend begging her to take him back. The outcome isn’t known but the singer had a great chat back and forth with the woman on the other end of the phone.

Harry’s US tour shows have been the hottest ticket in town as Lizzo hung out with BTS members V, Jungkook, Jimin, and J-Hope (aka Hobi) last Friday.

They’ve been pretty eventful most nights with recent incidents including Harry helping a fan come out as gay to her mother and revealing the saucy meaning behind the lyrics of his hit Watermelon Sugar. 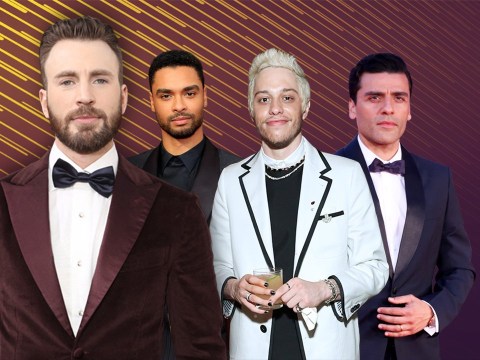 People’s 2021 Sexiest Man Alive predictions – who gets your vote? 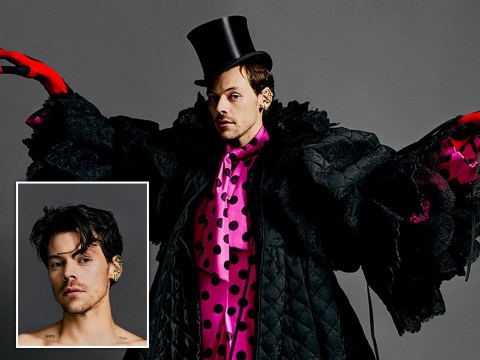 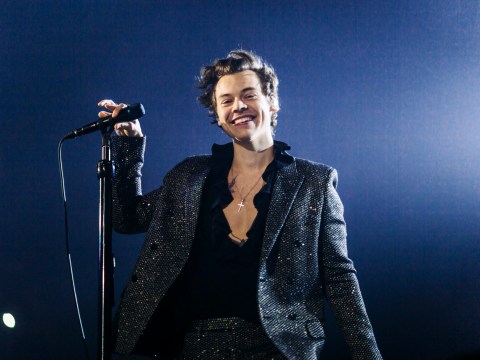 The singer’s girlfriend Olivia Wilde has also attended several shows and, just like the security guard, was also caught cutting shapes at one point. Her two children, who she shares with ex partner Jason Sudeikis, managed to catch one of the gigs this month and were adorably seen dancing with Harry’s mum.

Harry’s next Love On Tour show, his final US date, will take place at UBS Arena in Elmont, New York on November 28.

MORE : Jessie J fights back tears on stage as she performs hours after miscarriage: ‘Hands down the hardest year’