Multi-hyphenate Hayley Orrantia is back with an evolved sound in her latest single, 'Open Your Mouth,' that just might be the Summer 2022 jam you've been waiting for!

While Hayley Orrantia loves her country roots, the singer has developed her musical talent to cross genres, especially with her latest single “Open Your Mouth.” “We wanted to add elements and a nod to my past within the country, so I really love that we started out the song with just an acoustic guitar making you think we’re gonna be doing that again, and then we come in with this beat that it’s just very pop driven,” Hayley told HollywoodLife in an EXCLUSIVE interview on IG Live. “I’m really excited to be able to kind of let this be the shining element of this next phase of music.”

Co-written with Kalie Shorr and Simon Reid, “Open Your Mouth” is something every girl can relate to. “You run into your ex at a bar, having these expectations of like, ‘We haven’t talked in a while and he looks pretty good…why did we break up again?’ And then he starts talking and you’re like, ‘Oh, right. I remember,’” Hayley laughed. “You follow along this whole journey of the night, and that, I feel, are elements of what I really love about country music and songwriting that I’m trying to keep alive in my music, no matter what genre I dabble in. It just resonates with people. You want to hear these stories told.” 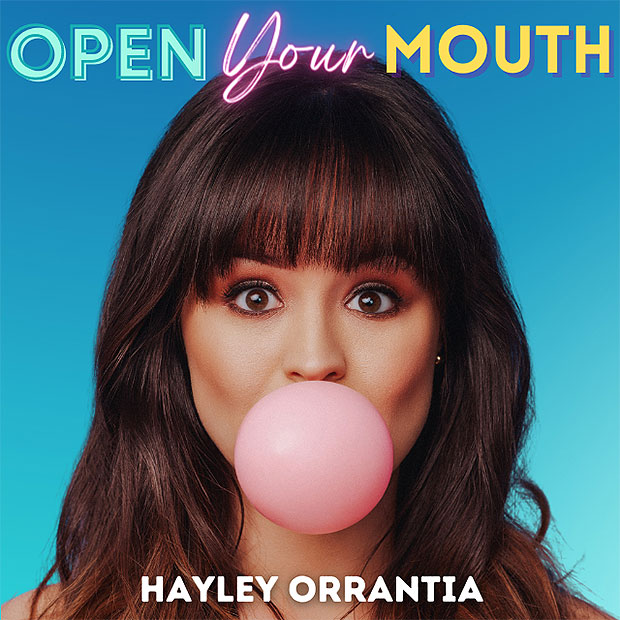 The Goldbergs star added that she really “challenged herself” in this round of songwriting to avoid her “usual ballads” that she finds herself creating. “I’m really wanting release more upbeat songs, something fun to sing along to and dance to,” Hayley told HL. “These next series of songs, while I wrote them on a piano, I’m challenging myself to turn them on their head and make them more upbeat and then offering an acoustic ballad version afterwards.”

Hayley also revealed that she has given “Open Your Mouth” the music video treatment, but it was not easy! The actress told HL that she wanted to make it a fun project for herself and her boyfriend, to see what they could pull off just the two of them. “I decided to really put myself and my boyfriend through the wringer!” she laughed. “He’s a phenomenal writer, director, producer, so I just was like, ‘Hey, what if you and I made the music video completely by ourselves?’ No lighting department, no camera team, like we do everything!” 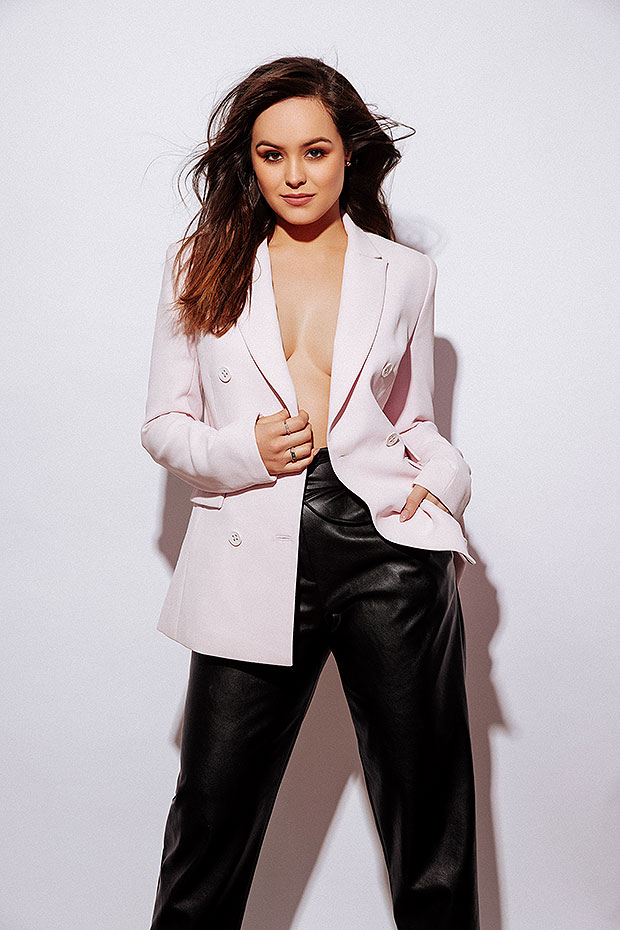 Hayley joked it was “almost the death” of them, but they persisted and she is “stoked for everyone to see it.” Until then, be sure to stream “Open Your Mouth” by Hayley Orrantia where you listen to your music!