He’s set to play one of G.I. Joe’s most iconic characters.

And Henry Golding looked like quite the hero as he arrived at Jimmy Kimmel Live! to promote Snake Eyes: G.I. Joe Origins on Tuesday. 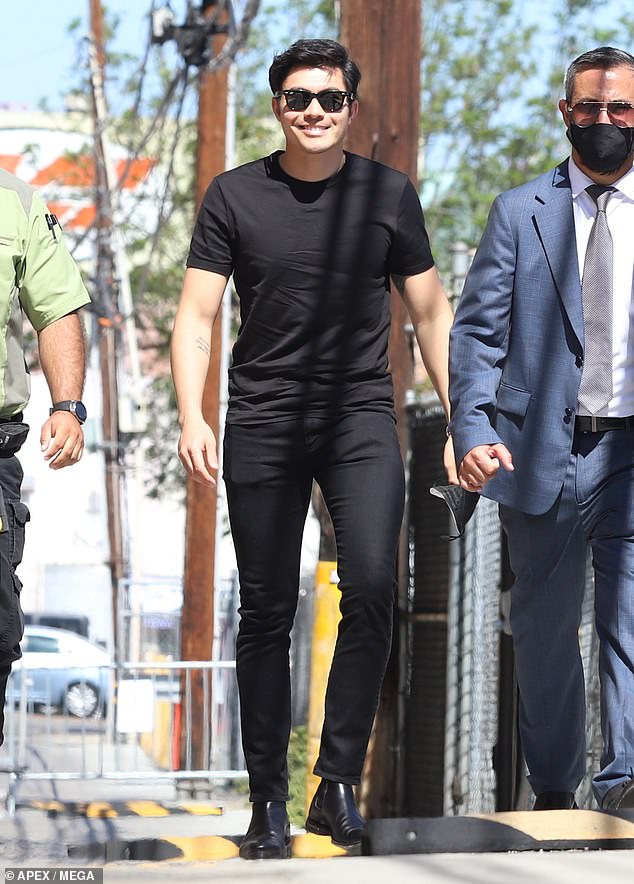 Action hero: Henry Golding looked handsome as he arrived to the Jimmy Kimmel Live! studios in Hollywood to promote his new movie Snake Eyes on Tuesday

Henry, who just became a father for the first time with with Liv Lo, was mask-free when he got to the studio, letting him flash one of his swoon-inducing smiles.

But as Golding got close to fans waiting to see him, he slipped on a face-covering.

After masking up, the Malaysian talent signed a few autographs and took selfies before slipping into the studio. 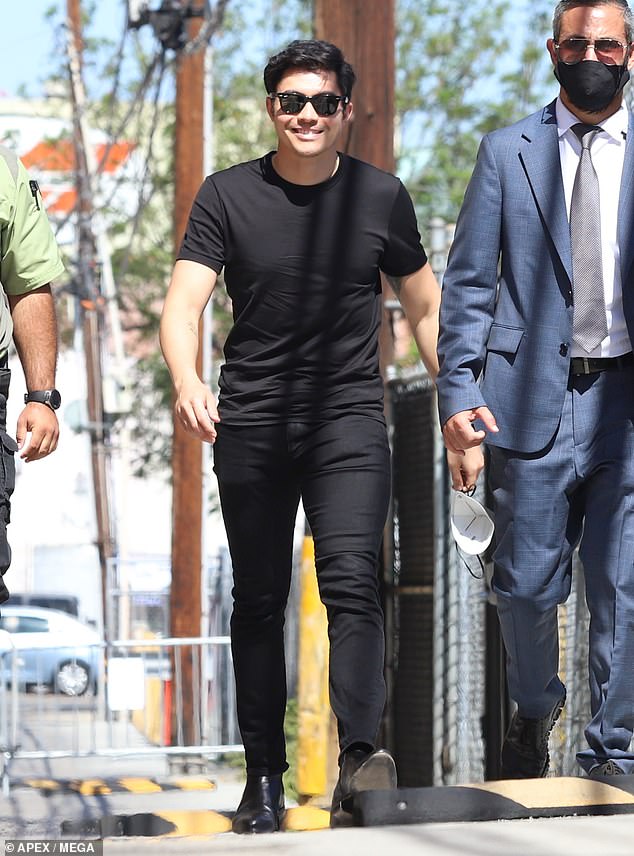 So handsome: Henry was mask-free when he got to the studio, letting him flash one of his swoon-inducing smiles

Henry was making the rounds right after the release of the final Snake Eyes trailer ahead of the film’s Friday, July 23rd release.

The highly-anticipated movie dives into the backstory for the beloved action-figure/comic character.

The official synopsis says: ‘Snake Eyes: G.I. Joe Origins stars Henry Golding as Snake Eyes, a tenacious loner who is welcomed into an ancient Japanese clan called the Arashikage after saving the life of their heir-apparent.

‘Upon arrival in Japan, the Arashikage teach Snake Eyes the ways of the ninja warrior while also providing something he’s been longing for: a home. 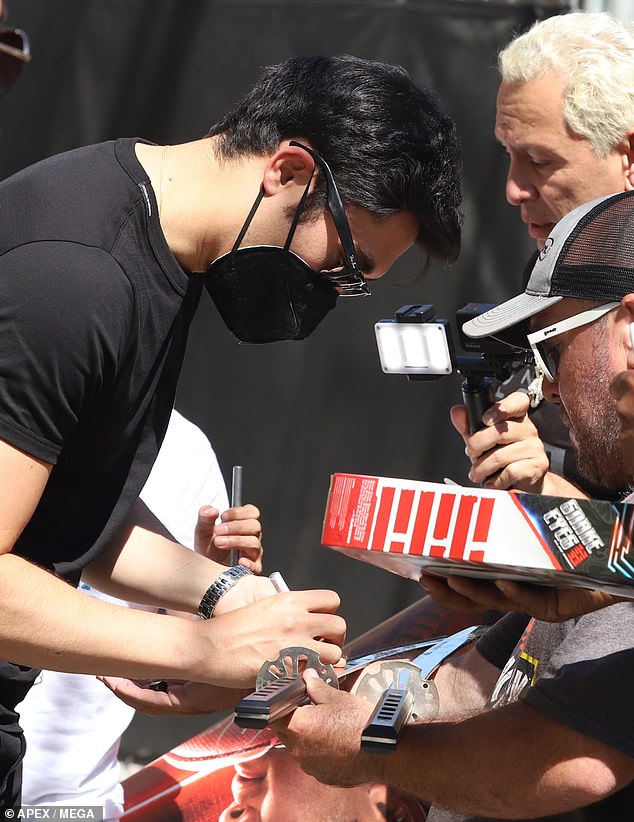 Signature move: Henry was happy to sign autographs for a few moments before slipping into the studio 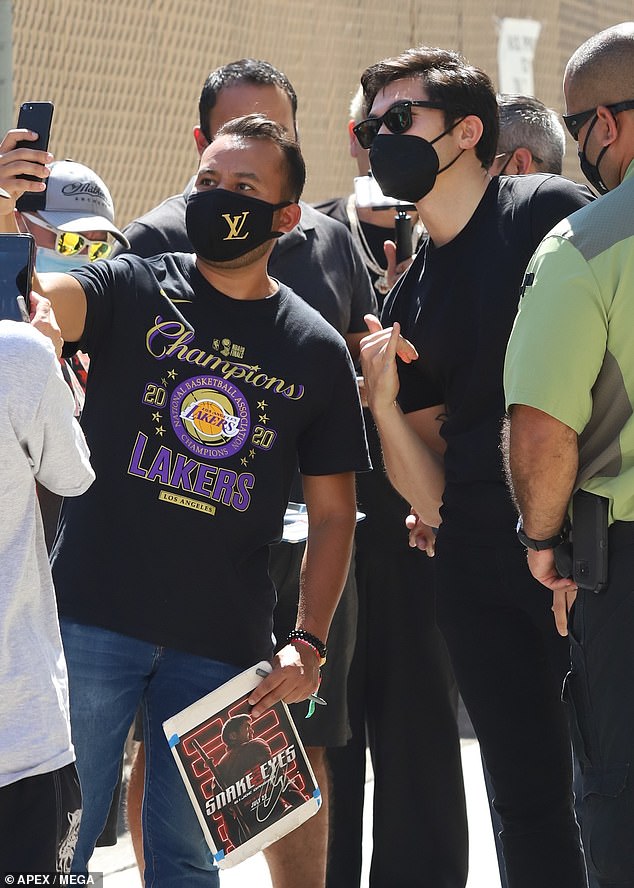 Fan favorite! After masking up, he took some selfies with fans

‘But, when secrets from his past are revealed, Snake Eyes’ honor and allegiance will be tested — even if that means losing the trust of those closest to him.’

Talking about the role during an interview with Ellen DeGeneres last month, Golding explained: ‘It restarts the G.I. Joe universe and we concentrate on one of the most iconic characters which is Snake Eyes.

‘And we start right at the beginning – his origin, who he is as a person, his mistakes, his lessons, his goals and it pretty much opens the window for exploring the rest of the characters that we all know and love.’ 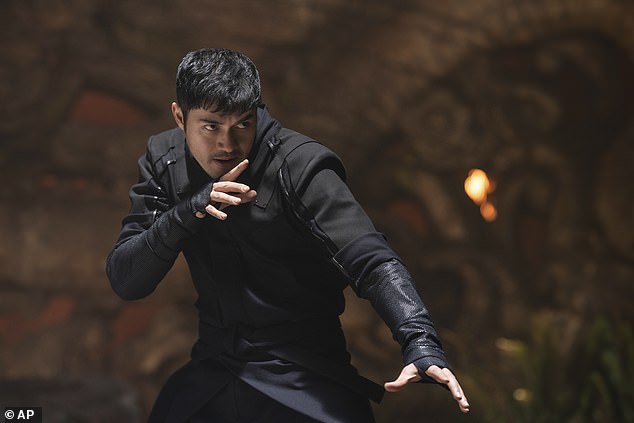 Backstory: The official synopsis reads ‘Snake Eyes: G.I. Joe Origins stars Henry Golding as Snake Eyes, a tenacious loner who is welcomed into an ancient Japanese clan called the Arashikage after saving the life of their heir-apparent.

For the action movie, Golding had to hone his martial arts skills and he told Ellen that ‘the training was intense.’

‘It was a lot of sword work… Four hours a day of choreography and an hour and a half of training a day for two months,’ he went on. ‘It was a real trial by fire but the action sequences are out of this world.’ 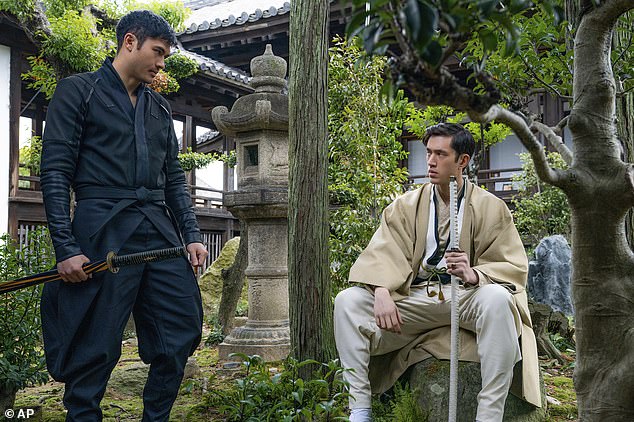 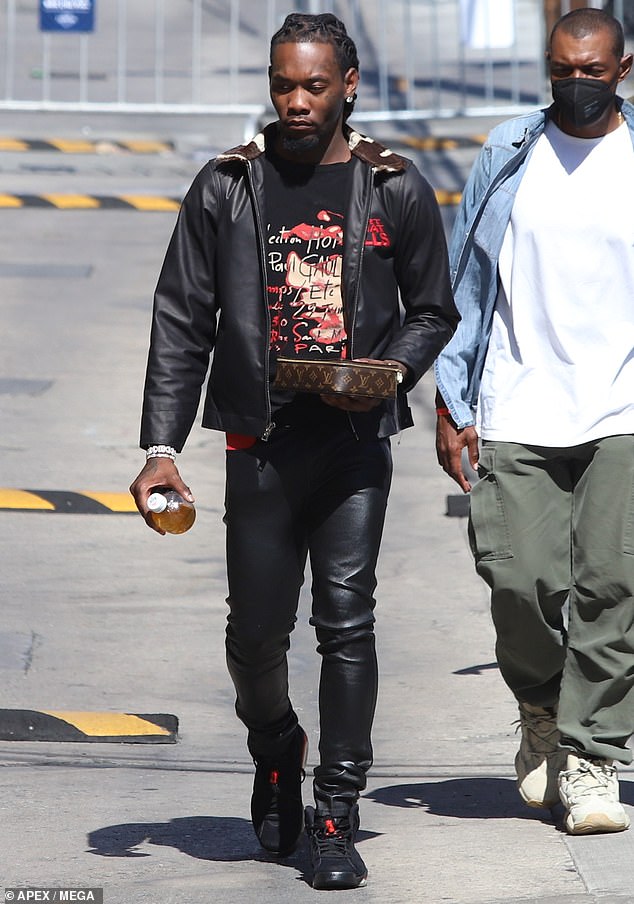 Musical guest: Offset was seen at the studio that same day, set to perform some music 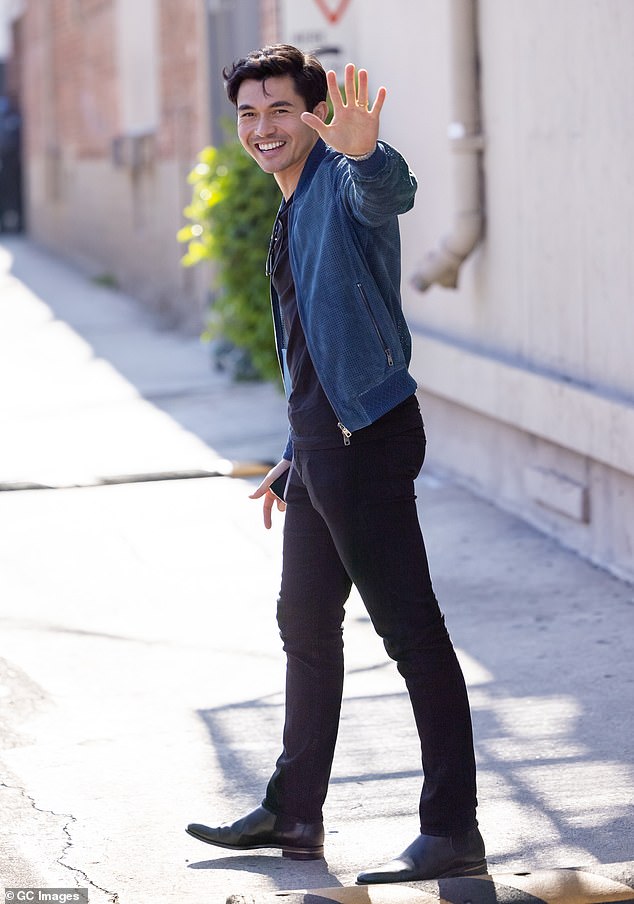 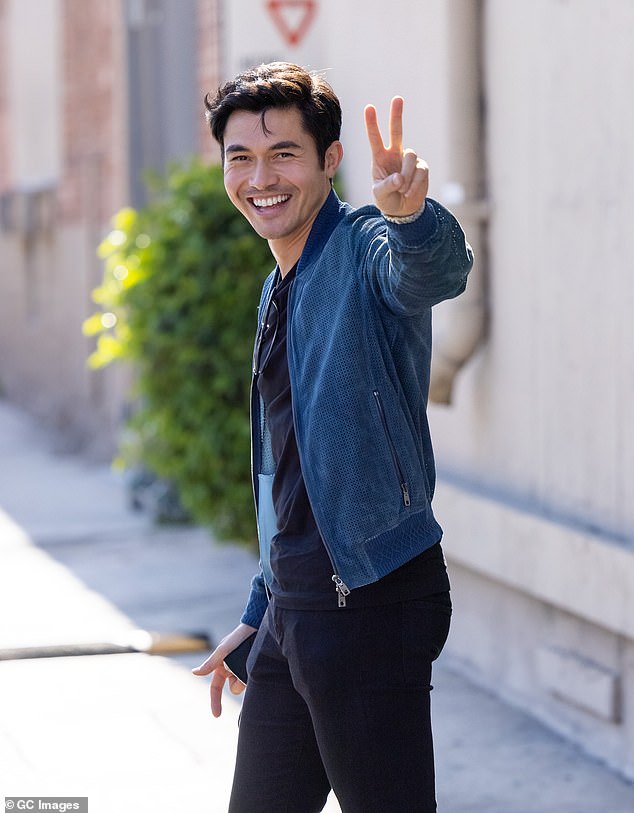 Out of there: The Simple Favor actor beamed and waved to his fans as he headed home 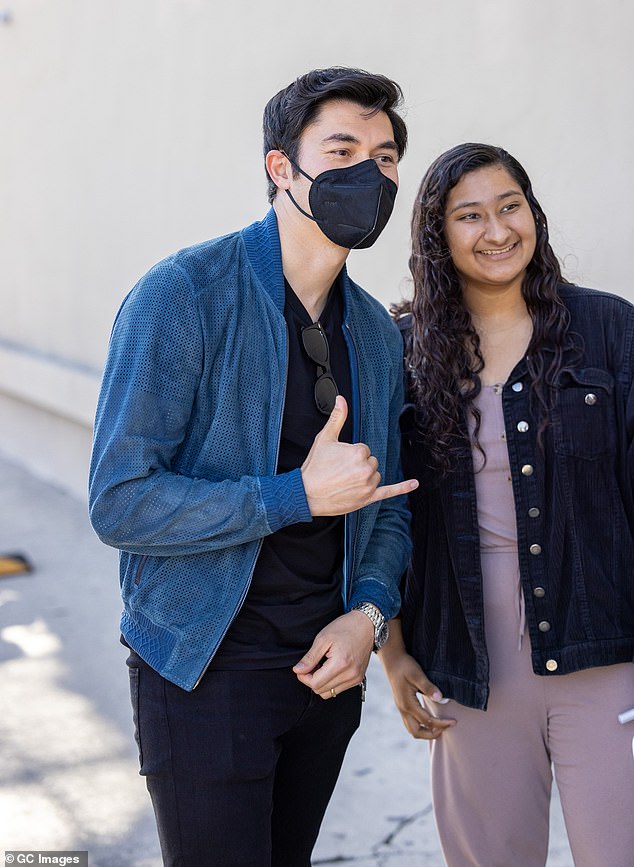 Class act: He showed off his gracious side and stopped to chat and take photos with fans before departing