When it comes to all-star casts they doesn’t come more stellar than the Dear Evan Hansen lineup.

With Tony, Emmy and Grammy award-winner Ben Platt reprising the title role of Evan Hansen, following his run in the hugely successful Broadway musical, that’s just the tip of the iceberg. 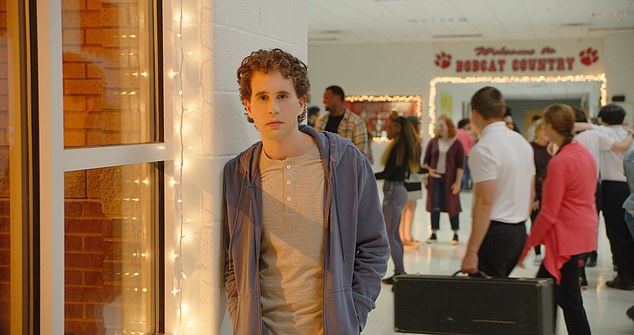 A cultural phenomenon! The Tony award winning show Dear Evan Hansen has been adapted into a film with Ben Platt reprising the lead role

While Platt, who you may recognise from Netflix’s The Politician, has been involved in the story of Evan Hansen for the past six years, he admits he couldn’t have predicted how impactful the show would be or that he’d now be starring in a film adaptation.

Platt said: ‘I don’t think anyone could anticipate that something would be a cultural phenomenon or would permeate things other than just the theatre community and would ultimately become a major motion picture.’

And it seems that Platt’s co-stars were equally keen to be involved in the film adaptation too. Amy Adams has said: ‘Being a part of this has meant so much to me and I was initially so moved when I saw on stage. There are so many people who need to see Evan’s story.’ 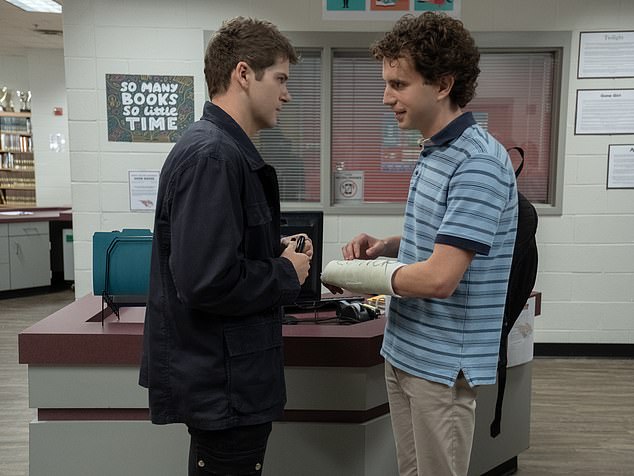 A brief encounter: Dear Evan Hansen focuses on a lonely 17-year-old boy who has a fleeting encounter with a classmate that will go on to change his life

But what is Dear Evan Hansen about? The story focuses on a lonely 17-year-old boy who Platt has described as struggling ‘with anxiety and a bit of depression. He is very lost and has a lot of difficulty connecting.’

In preparation for his first day back at High School, Evan writes himself a note, on the advice of his therapist, as a bit of a pep talk to help him get through the day. This note is taken by Evan’s fellow classmate Connor Murphy (Colton Ryan) who is also an outcast and on the periphery of the school community.

After Connor takes his life, his parents find Evan’s note, believing that Connor wrote it to his ‘best friend’ Evan. The teen finds himself in an awkward situation befriending the Murphy family and going along with a story that turned their brief encounter into a meaningful friendship.’ 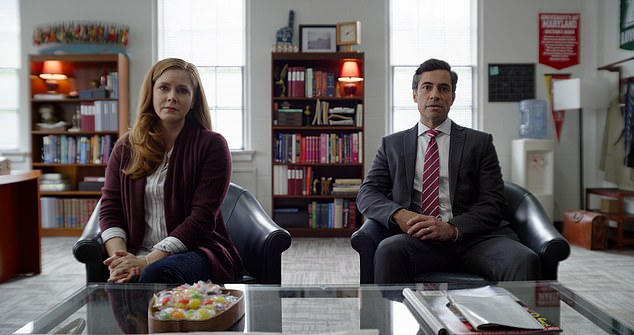 It’s a powerful narrative covering the awkwardness and the difficulties of adolescence, both for the teens navigating through and for their parents hoping to guide their children. It’s a story about friendship, how perceptions aren’t always real and, ultimately, hope.

The stellar casting and compelling storyline of this film is complemented by an incredible soundtrack.

The film adaptation of the Broadway hit includes the songs that made the show so popular including the iconic tracks ‘You Will Be Found’ and ‘Waving Through A Window’. 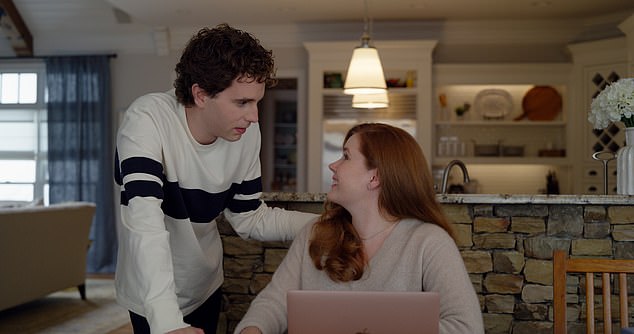 Making connections: Despite a terrible tragedy, Evan manages to connect with Connor’s family 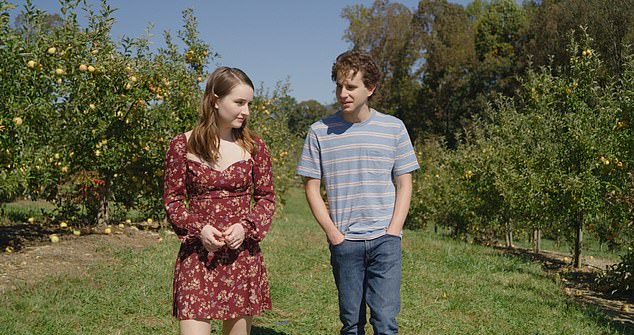 If you type in #youwillbefound into Instagram over 100,000 posts come up – showing the impact, and the global movement, the powerful song has inspired.

There is also brand new music which has been created just for the film, Benj Pasek and Justin Paul, whose work on the stage production of the story earned them a Tony award, have penned ‘A Little Closer’ performed by Colton Ryan and ‘The Anonymous Ones’ performed by Amandla Stenberg, who also co-wrote the lyrics and music with Pasek and Paul.

The coming-of-age film is directed by Stephen Chbosky from a screenplay by Steven Levenson who also wrote the book the play was based on. 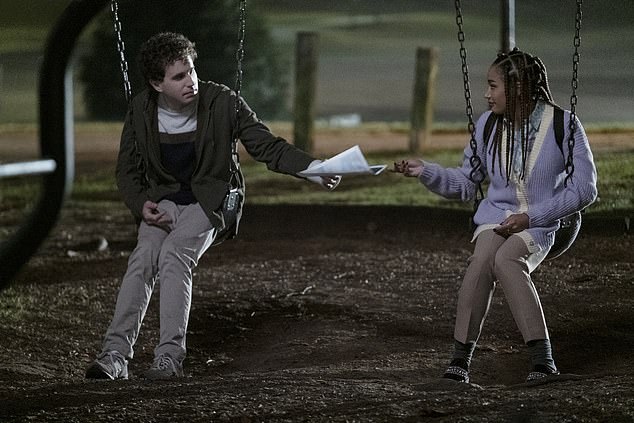 Moving: Dear Evan Hansen is a must-see for any musical fan but it will also resonate with a wide group of people

Dear Evan Hansen is a must-see for any musical fan but it will also resonate with a wide group of people.

As Platt says: ‘With the film people will continue to latch on to parts and characters and songs and incorporate it into their lives and make it their own. It’s clearly going to live on whether it’s girls who connect to Zoe or parents who feel seen by the Murphys or single mothers who feel seen by Heidi.’