Frank Lampard has told Dele Alli to keep fighting for a place in the Everton side.

The 26-year-old is yet to make a start for the Toffees after joining from Tottenham in January and has been an unused substitute for the last two matches.

Asked if he had talked to Alli about his situation and the future, Lampard said: ‘I have had those discussions with him. 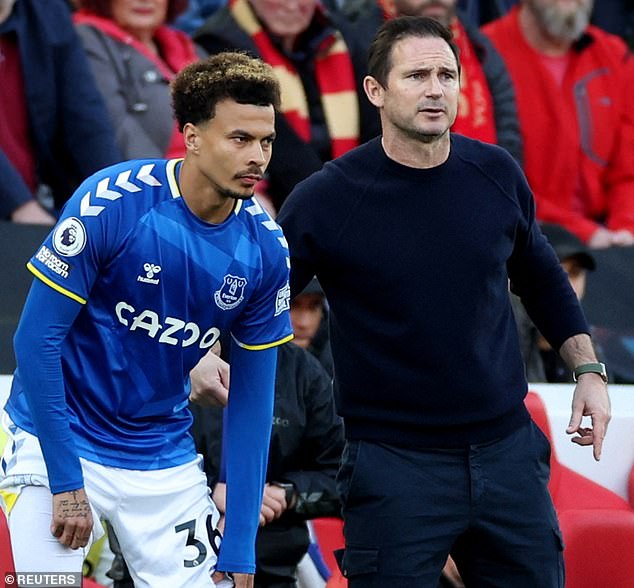 ‘He’ll be very clear as to where I am and at the moment I’m much more concerned about the collective, getting over the line as a group.

‘If Dele plays his part in these three games then great. He’s come on at times and done good things for us.

‘It’s an area of the squad where we have other players that have been playing, that’s just the reality of the situation.

‘He needs to just keep training hard and stay really well focused and fight for the opportunity.’

The Toffees have their future in their own hands after taking seven points from their last three games and could secure their place in the Premier League for next season with victory over Brentford on Sunday.

Thomas Frank’s side are already guaranteed a second season of top-flight football and Lampard praised the Bees.

‘Just a really good team,’ he said. ‘Full credit to them, the way that they play, they change style occasionally and they give you different threats.

‘They’re a hard team to analyse because of the flexibility they have in the team, which shows that they’ve got a very good coach and they deserve their status.

‘They’ve worked hard for it and they’ve been on particularly good form in recent weeks. It’s going to be a big challenge for us.’ 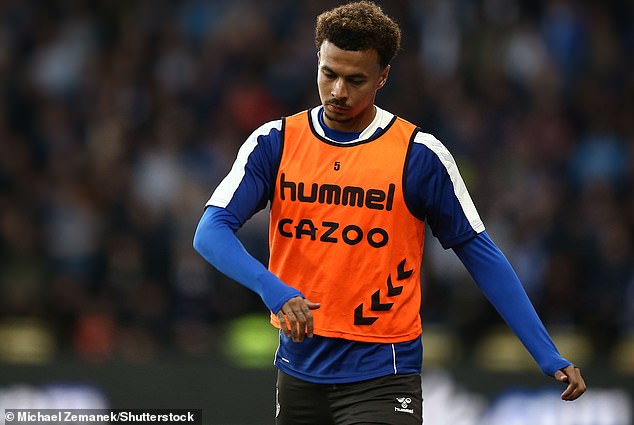 Lampard said: ‘Great story, for obvious reasons, which I think everyone in football is happy to see. He’s come back and shown his quality instantly and given them an uplift, and that’s what quality players can do.

‘I don’t know him particularly well as a lad but fair play to him on so many levels and he’s a top-class player that will be a big threat.’

Everton looked in serious trouble prior to victories over Chelsea and Leicester and a draw with Watford and have made the most of their games in hand over fellow strugglers Leeds and Burnley. 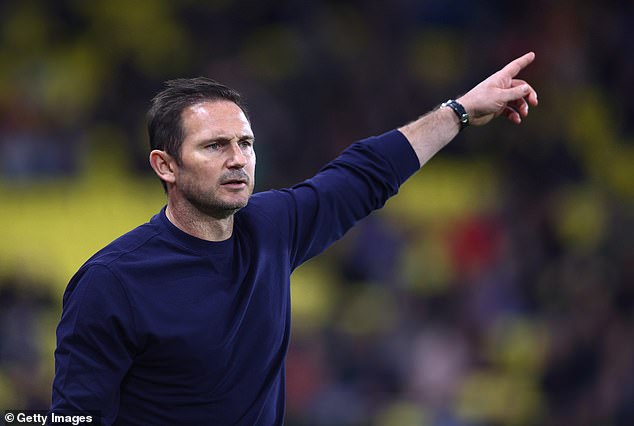 ‘When our games kept getting put back toward the end of the season it was a double-edged sword,’ said Lampard.

‘You look at it and go, ‘OK, there are games where we can get momentum’, but at the same time the table starts to look a bit skewed because we’re minus two games to everyone else around us.

‘That can affect confidence or the feeling around the place. The good thing is we’ve picked points up at the right time to get ourselves the feeling of being out of the danger area as such but we are still in the danger area so it’s important we just focus on the games.

‘Two home games at Goodison, we’re happy with that of course because that’s where we do feel strong, but we absolutely respect the opponents in both games.’ 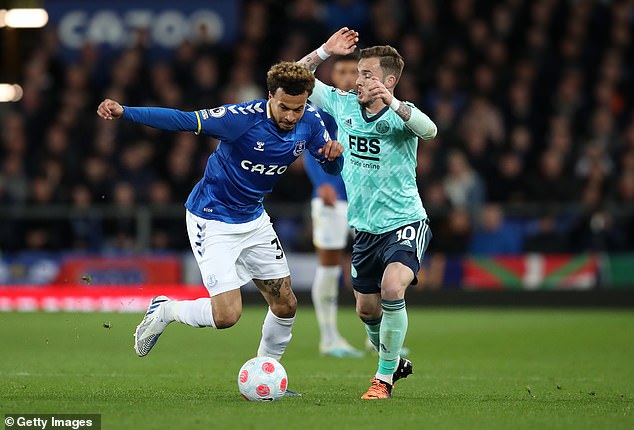 Alli has made nine appearances for Everton, all of which have come from the bench