Jessika Power has gushed over TOWIE’s Pete Wicks in a new interview and even revealed that he sent her a flirtatious message asking her out on a date.

She added when speaking to The Sun: ‘He holds himself well, but he’s also very kind and he’s very aware of young women’s feelings and emotions.’

Flirty: Jessika Power, 30, has gushed over Pete Wicks, 33, in a new interview and even revealed that he sent her a flirtatious message asking her out (pictured together in November)

The blonde bombshell also shared that despite speculation, Manchester-based podcaster Connor Thompson was never her boyfriend.

Explaining that her relocation from Australia to Manchester eight months ago had nothing to do with Connor, she told the outlet he’s ‘just a really dear friend’ and noted she would only move countries for a partner if they’d been together ‘a long time’.

Jessika also noted that Connor had helped her make important work connections and that they became ‘super close’ while working together. 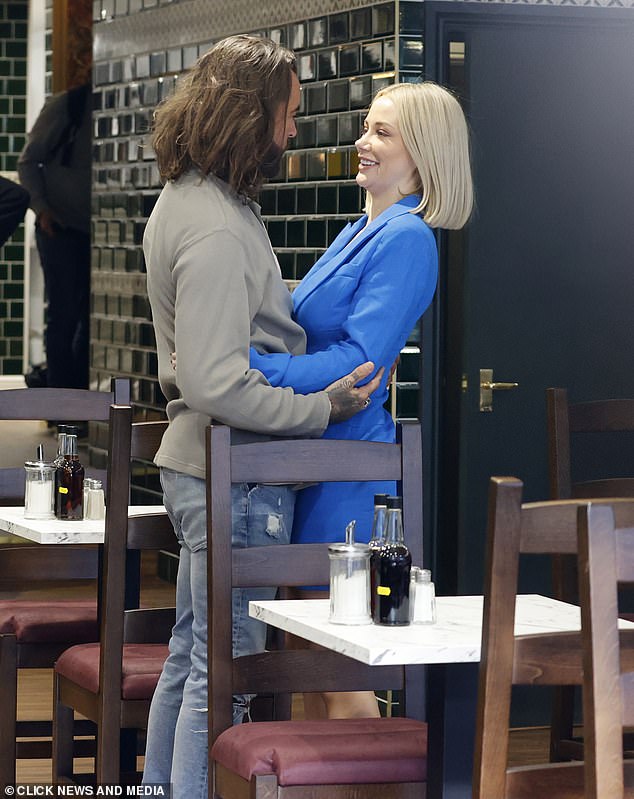 She gushed of Pete: ‘He is very good looking! He holds himself well’ (pictured together in November)

The TOWIE star was even seen fondly greeting the Down Under stunner with a kiss at Sainsy’s Pie And Mash Shop on Brentood High Street as they got to work on shooting.

A month prior, Jessika told Closer magazine: ‘I think Pete is cute! We met when I did his podcast recently. We follow each other on Instagram and he and I have a bit of flirty banter…

‘I would love to move to the UK and I have had a few of the British reality boys flying into my DMs. Scotty T from Geordie Shore and I had a thing a little while ago [while he was in Australia in 2019]…

‘It came out in the media recently and he messaged me and I was like, ‘Why are you still bringing this up, it was like two years ago, babe!’

‘I am definitely happier in a relationship but, since MAFS, I’m struggling to find somebody who can take on my world.’ 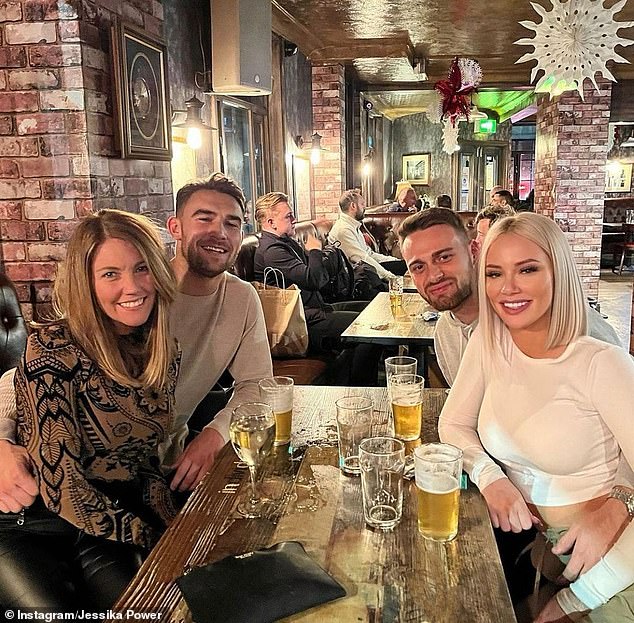