Holly Willoughby defended Boris Johnson over his car-crash Peppa Pig speech, suggesting that the Prime Minister take on a voiceover role in the cartoon.

While delivering a keynote speech to the (CBI) Confederation of British Industry earlier this week, Mr Johnson praised Peppa Pig World, which he visited with his son Wilfred, saying how much he ‘loved’ the children’s attraction.

Saying that the character resembles a ‘Picasso-like hair dryer’, he also made vroom vroom engine noises during the speech, prompting a journalist to ask if ‘everything is ok’.

On Tuesday’s edition of This Morning, Holly and Phillip Schofield were joined by Vanessa Feltz and Henry Bonsu to discuss the latest news headlines, watching a clip of Mr Johnson saying that he thought the blundering speech ‘went rather well’.

Vanessa jumped to the politician’s defence, saying that he ‘styled it off beautifully’ and speculating whether he was given the wrong speech or pages in the wrong order.

‘Then he did a sort of Boris-y type thing, he just went on a riff about Peppa Pig and actually, it spoke to me as a grandma,’ she added, as Holly piped in to say: ‘Me too!’

After Phillip mentioned that Mr Johnson had been to Peppa Pig World, Vanessa said: ‘I mean, he’d really been there, we all want to jump in muddy puddles, I mean who doesn’t?’

Holly then chimed in to say: ‘He’d actually make quite a good voiceover for like sort of Grandpa Bull,’ as her co-host scoffed. 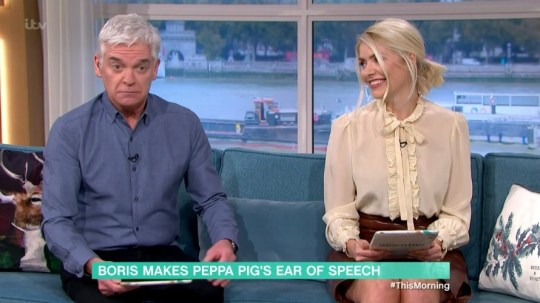 The co-hosts made light of the politician’s speech (Picture: ITV)

Vanessa said that in her view, the PM would be ‘marvellous’ on Peppa Pig, adding: ‘I liked it when he did manage, because he’s Boris, to finesse it into a kind of business-type analogy with an actual point. That is genius, rather than “is there anything wrong prime minister?”.’

Several This Morning viewers criticised the presenters for defending Mr Johnson, with one tweeting: @thismorning laughing off Boris Johnson’s antics…really!! Diversion from the real issues going on I think.’ 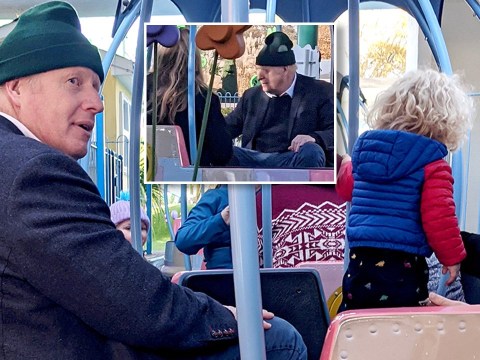 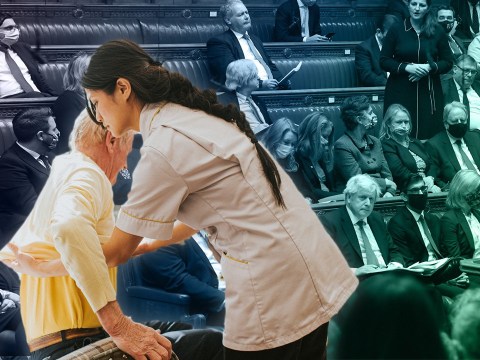 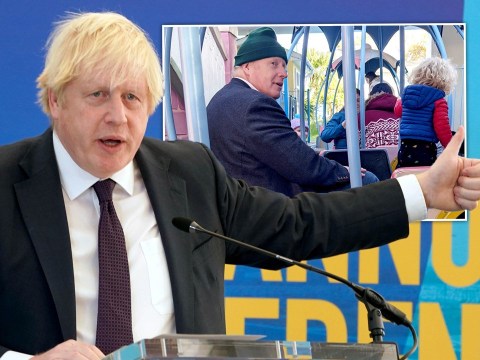 ‘Yooo this is why I can’t watch #ThisMorning how are these people defending Boris’ behaviour,’ someone else remarked.

Later on in the programme, Phillip imitated the PM rifling through the papers of his speech in a similar fashion to Declan Donnelly on I’m A Celebrity.

MORE : Holly Willoughby returns to This Morning after illness: ‘It’s really good to be back’