Holly Willoughby and Phillip Schofield have mocked Boris Johnson over that boozy No10 gathering and say he should sign up for the next series of Dancing On Ice.

The This Morning hosts joked that they have ‘great office parties’ and the Prime Minister should consider reality TV following mounting pressure for him to resign.

Phil, 59, even teased that the Dancing On Ice judging panel had a bit of wine and cheese while taking part in business meetings ahead of the series launch on Sunday. 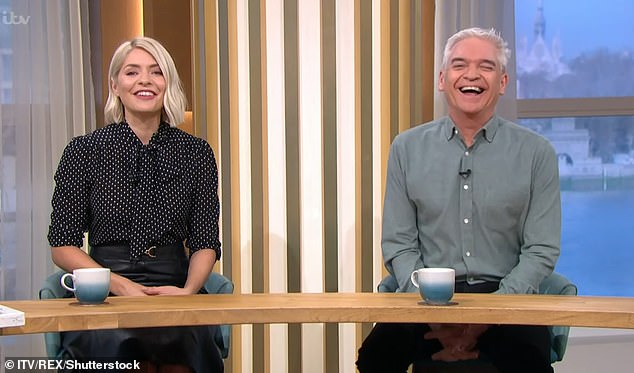 Tease: Holly Willoughby and Phillip Schofield have mocked Boris Johnson over that boozy No10 gathering and say he should sign up for the next series of Dancing On Ice

When asked who their dream Dancing On Ice signing would be, Phil replied: ‘Well you’ve got to look for someone who maybe is looking for different career options or different things they can do to fill in extra time so maybe Boris.’

Holly added: ‘We have great office parties’ before Phil said: ‘And what’s more we have all got just a little bit of cheese!’

He said: ‘I was going to go all out there and say the return of Gemma Collins. Why not? She was actually so entertaining.’ 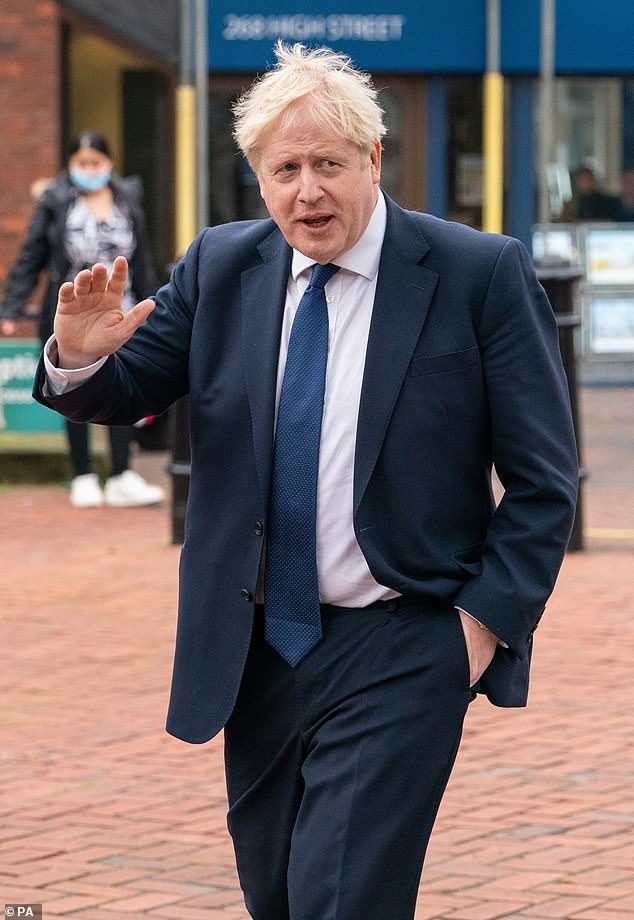 ‘We have all got just a little bit of cheese!’: The presenters joked that they have ‘great office parties’ and Boris should consider reality TV following mounting pressure for him to resign

Holly and Phil reflected on presenting the 14th series of Dancing On Ice together, as well as being at the helm of This Morning four times a week.

Phil said: ‘The lovely thing is you get to spend even more time with your best mate, I adore Holly completely and absolutely so to be able to joke around and mess about in the mornings and there’s no question that This Morning is a different style of show to this one.

‘People may not even watch us on the mornings, but they come to us on this one, it is a shiny show, a big, glitzy, wonderfully produced, gorgeous looking show and it’s nice to have a mate.

Holly added: ‘There is a real ease when we work together. It’s not like we’re going in and we just need to find our feet or rhythm that is an absolute given. It is nice to be doing something a bit different but still together.’ 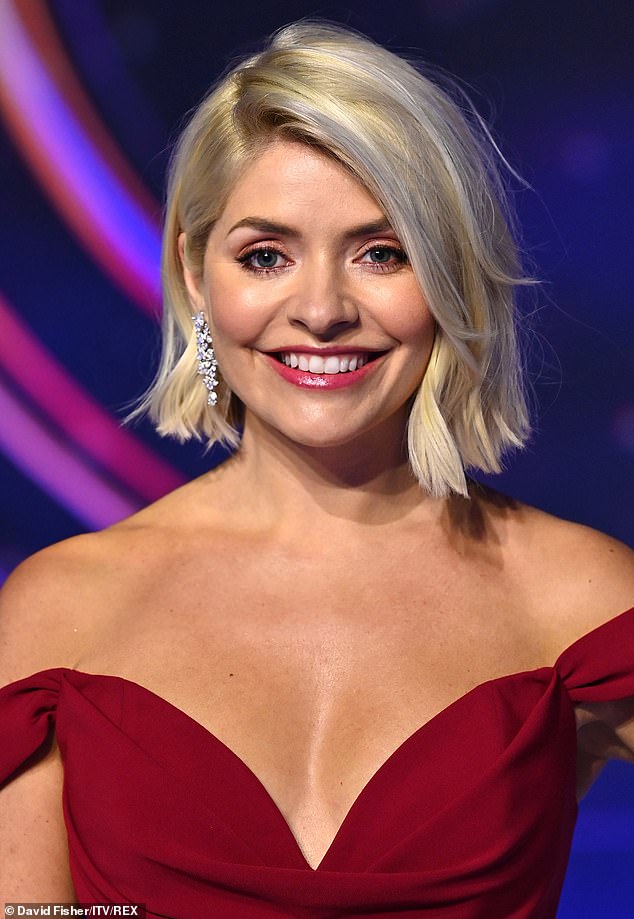 ‘Best mates’: Phil reflected on working together with Holly on This Morning and Dancing On Ice, saying he ‘adores’ his co-star and loves being able to ‘mess around’ with her

Judges Torvill and Dean revealed that for the first time in Dancing On Ice history contestant Bez, 57, is due to perform on Sunday night wearing a helmet to protect him from any serious injury.

The Happy Mondays star told ITV producers he would even consider training in bubble wrap to prevent any further accidents, after he admitted to suffering from some ‘spectacular falls’ so far this series.

Christopher Dean, 63, said: ‘When we first saw Bez at boot camp… Well Bez’s first steps on the ice were without skates.

‘He’s up for a challenge and I don’t know if he’s bitten off more than he can chew on this one but he’s such a lovely, lovely person and he’s taken it on as a real challenge for himself.

‘For safety we have had to put him in a helmet. There are some celebrities that you watch where you are clenching the sides of your seat hoping they get to the end upright.’ 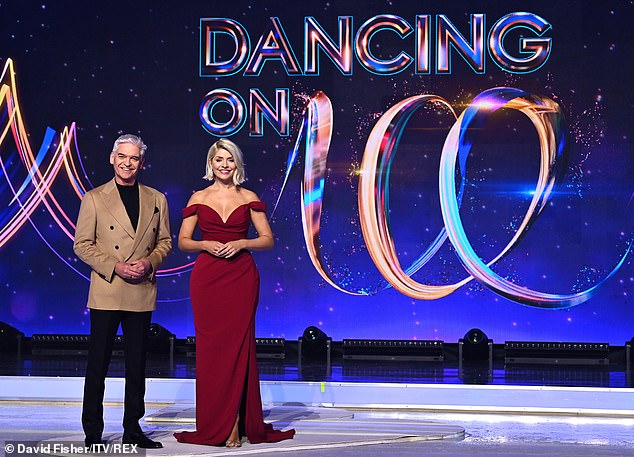 Team: Holly added that she feels at ‘ease’ presenting with Phil and they are long past having to ‘find their feet’ when filming together