Holly Willoughby and Phillip Schofield had a couple of their trademark laughing fits on This Morning, after not realising they were still on air.

The pair, who recently picked up the daytime National Television Award on behalf of This Morning, couldn’t hold back their giggles during the cooking segment.

Chatting away to chef Joseph Denison Carey, Holly was thrilled with his chicken cacciatore, asking him: ‘Joseph would you plonk some in there for me to have for my lunch?’

She and Phil quickly realised the cameras hadn’t cut away, with the pair left giggling.

However, their troubles weren’t over there, as Holly was still over the moon about the food 10 minutes later. 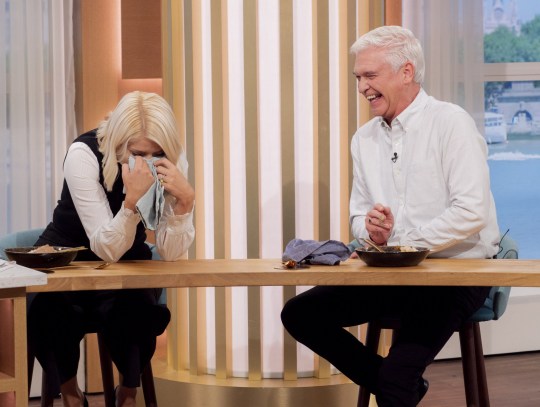 Believing that the cameras had cut again, Holly joyfully declared: ‘I did, I got an extra thigh!’

It’s not the first time Holly has been a woman after our own hearts, after she was spotted feasting on donuts as a late night snack after the NTAs.

The TV presenter, 40, was pictured leaving the afterparty with the tasty treats on her lap as she well and truly tucked in.

A bottle top could also be seen poking out of the star’s bag, suggesting she might have continued the party at home as, according to an onlooker, guests were gifted a bottle of gin each.

Meanwhile, This Morning had huge success at the awards, picking up the coveted daytime award. 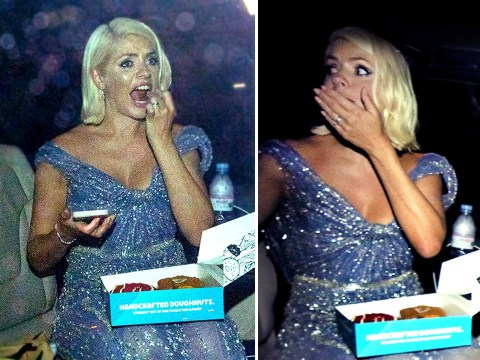 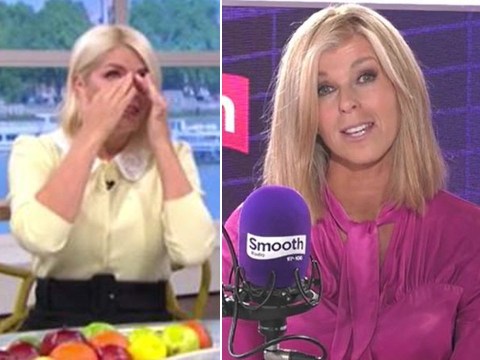 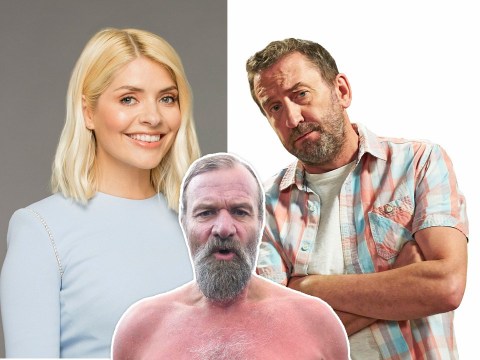 Phil said to Holly at the time: ‘Thank you to my best friend,’ adding: ‘The last 18 months has been a tough one for all of us… we felt like we were sort of everyone’s comfort blanket because the most important thing was that for us, you were our comfort blanket.’

MORE : ‘A hooker?’ Jennifer Aniston mishears Josie Gibson due to accent during chaotic This Morning chat