He’s just been nominated for a Tony Award for his critically-acclaimed lead role in the smash hit Broadway show, The Music Man.

And Hugh Jackman had a spring in his step as he went for a stroll in New York City on Wednesday.

The actor was beaming as he chatted on the telephone. 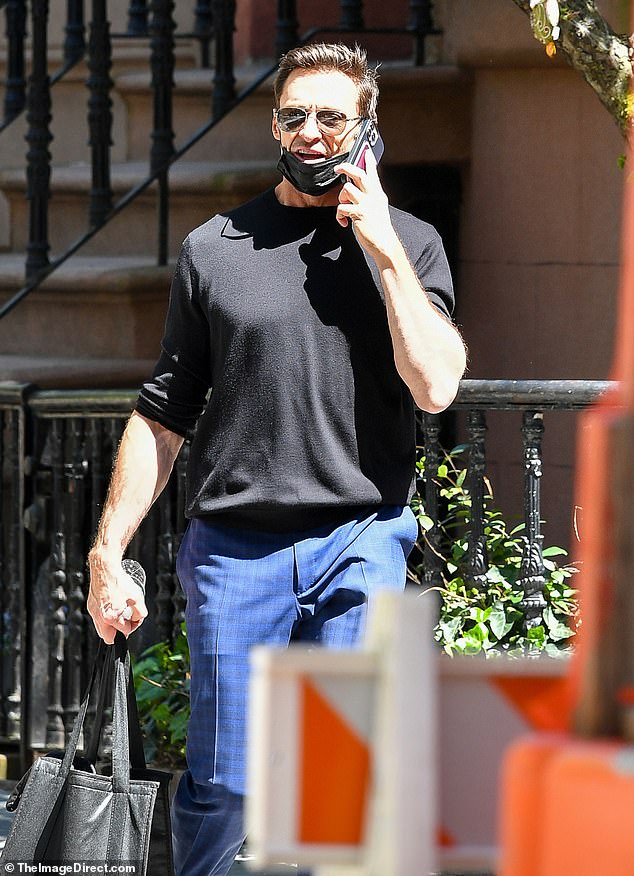 He’s got a spring in his step! Hugh Jackman looked extremely happy as he went for a stroll in New York City on Wednesday after being nominated for a Tony Award

The 53-year-old looked dashing in a pair of blue and black checked trousers, a black knitted sweater and black leather shoes.

He accessorised with some Aviator sunglasses and carried a recyclable shopping bag.

The Aussie star is thrilled about his Tony nomination.

The Tony Awards are considered Broadway’s most prestigious prize – the American theatre’s version of the Oscars. 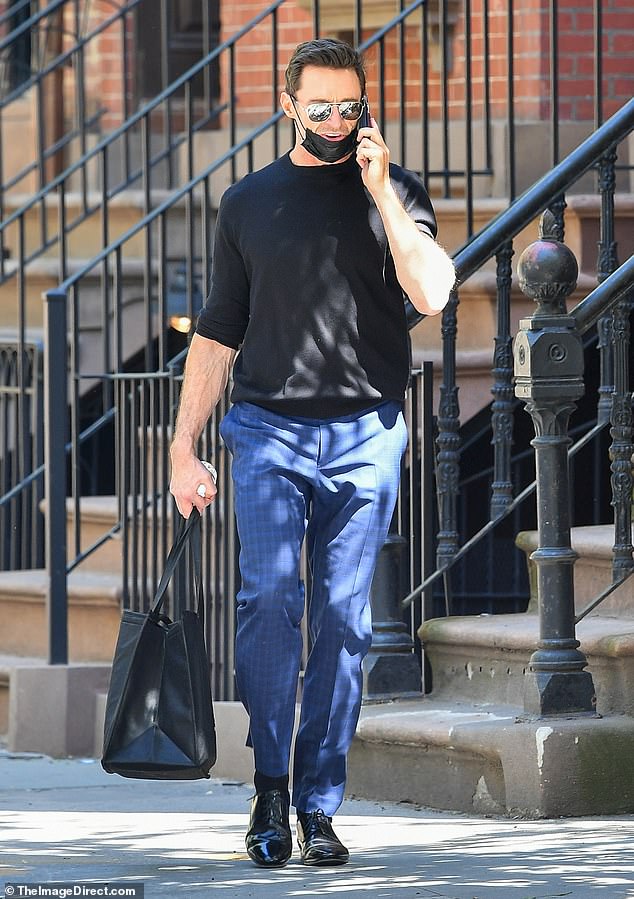 Dapper: The 53-year-old looked dashing in a pair of blue and black checked trousers, a black knitted sweater and black leather shoes

First staged in 1957, The Music Man has been nominated for six other Tony Award, including Best Revival of a musical and Best Leading Actress for Hugh’s co-star Sutton Foster.

Billy Crystal has also been nominated in Hugh’s category for his acclaimed role in Mr Saturday Night.

Other nominees competing in the category are Myles Frost, in MJ, Jaquel Spivey, in A Strange Loop and Rob McClure, in Mrs Doubtfire.

In the famous toe-tapping musical, which was made into a film in 1962, Hugh plays a cheerful, but unscrupulous con man Harold Hill.

Hill manages to persuade the little town of River City to buy musical instruments they do not know how to play. In return the charmer promises to keep River City free of ‘sin’.

Landing the role was a dream come true for the Wolverine star.

Hugh said he first appeared in The Music Man in a high school production in 1983 while he was attending Knox Grammar in Sydney.

Even though he was only a member of the chorus, Hugh was bit by the theatre bug.

‘That was probably the moment when the magic of theatre was born in me,’ he recalled.

The Music Man and Hugh received raves when the curtain first went up back in February.