It was a big slice of luck that finally ended the Wolves goal drought but in debutant Hwang Hee-chan, the away side may have the man that can help solve their scoring issues.

Wolves had been poor and wasteful for 74 minutes at Vicarage Road and it looked like they were going to pay.

Then Watford defender Francisco Sierralta embarrassingly headed into his own net. But Wolves know they cannot rely on such gifts and so Hee-chan’s clincher seven minutes from time will have been the real plus point. 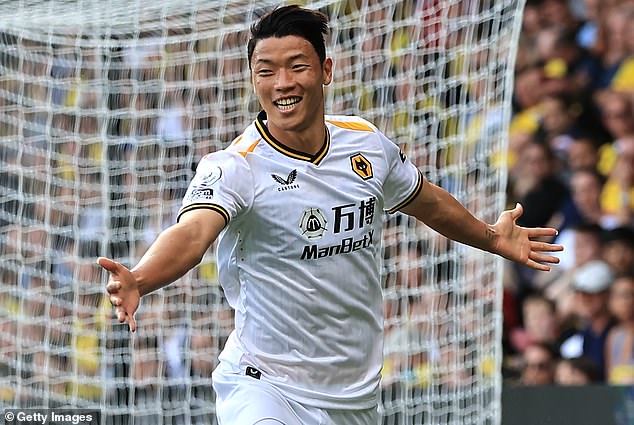 Having replaced Francisco Trincao with half an hour left, the 25-year-old poked home after a Marcal shot rebounded to him.

As the ball trickled back out, he thumped it into the net again for good measure. After no goals in the first three league games, it seemed as if Hwang wanted to underline the fact one had finally gone in from a Wolves player.

The South Korean joined Wolves on a season-long loan from RB Leipzig just before the window closed and his arrival off the bench had not been part of Bruno Lage’s masterplan.

‘We didn’t have too much time to train with him,’ the Wolves manager said. ‘He only arrived after a 16-hour flight on Thursday. He just trained for 30 minutes. Then on Friday we prepared the game and he saw videos of the good things we did in attack, in our defending, the way we press. 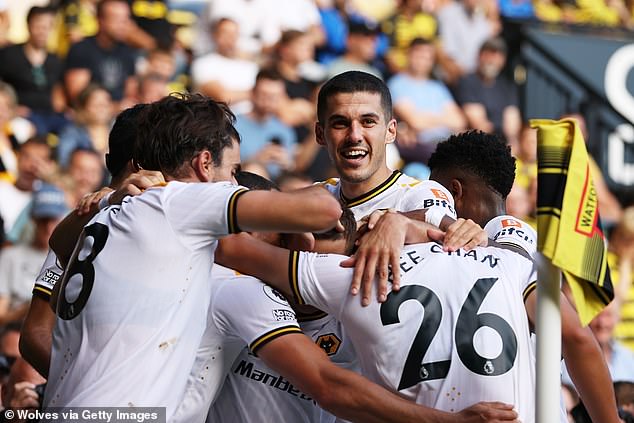 ‘It’s good for him to start with a goal. He needs to keep giving what he did today.’

Before the goals, Nelson Semedo missed Wolves’ best two chances when left one-on-one with Daniel Bachmann. He really should have scored at least one.

At the other end, the defence was just as shaky as Watford’s Ismaila Sarr caused numerous headaches with his dainty feet. Josh King’s sliding effort was inches away from Sarr’s cross in the first half, and Sarr dithered in the box far too long to squander a good chance himself.

A point for the Hornets would have been a fair result. But this match was about Lage’s men breaking their scoring duck. Attacking intent was and is not the issue — clinical finishing is. In Hwang, Wolves will pray they have the missing piece. 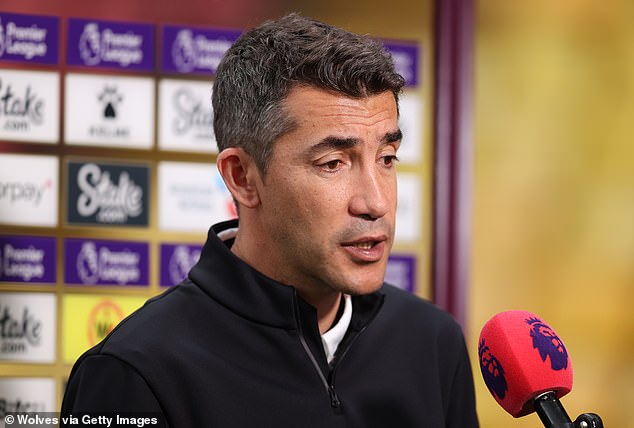