Ian Wright claims Cristiano Ronaldo’s strop after Manchester United boss Ralf Rangnick took the Portuguese forward off at Brentford is ‘not a good sign’ for the club.

Ronaldo was hauled off when United were 2-0 up and cruising against the west Londoners and the 36-year-old was visibly upset at coming off and Rangnick had to publicly talk United’s No 7 down.

Rangnick confirmed that his star striker was annoyed at not being kept on so he could try and increase his goal tally, but the German interim boss wanted to bring another defensive player to shore up the result. 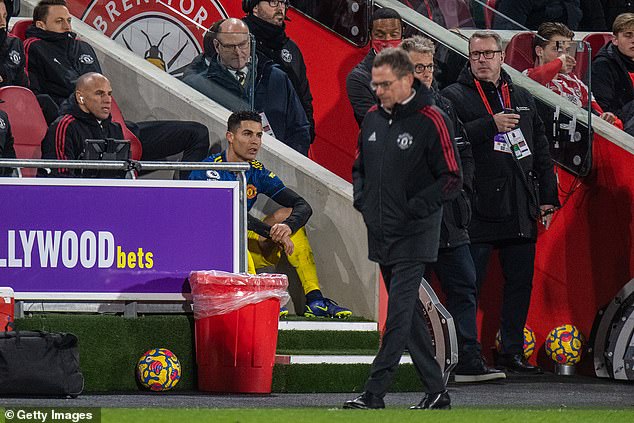 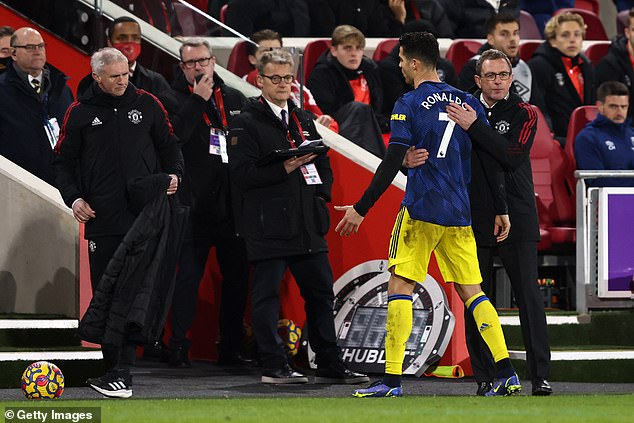 And Wright claims Ronaldo’s unwillingness to sit with his fellow substitutes on the bench after coming off is not a good look and compared those antics to that of a young player.

The former Arsenal striker told Premier League Productions: ‘You see Ronaldo come off and act like that. You would have thought that’s the last thing he would be doing, that kind of reaction.

‘It’s Cristiano Ronaldo and that goes worldwide, just seeing sitting there, he didn’t even want to sit on the bench – he sat on the stairs. 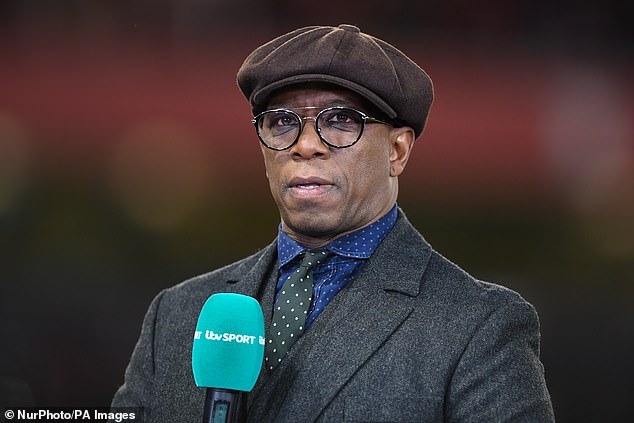 Wright (above) says he would expect that sort of behaviour from a youngster, not a 36-year-old

‘I understand if you’re a youngster and you’ve made your debut, played brilliantly and then come off and do that, I understand that. The manager can say: ‘Listen, just calm down to him.’

‘But he’s saying this to Cristiano Ronaldo, you’re having to plicate him on the bench, in front of the world. That’s not a good sign.’

Ronaldo has scored 14 goals in 23 matches since making the move back to United last summer, but only eight of them have come in the Premier League.

However, the Portuguese forward has continued his excellent Champions League record by scoring in every single group stage match for United this season, as they progressed out of a tricky group with Spanish side Villarreal and Serie A’s Atalanta. 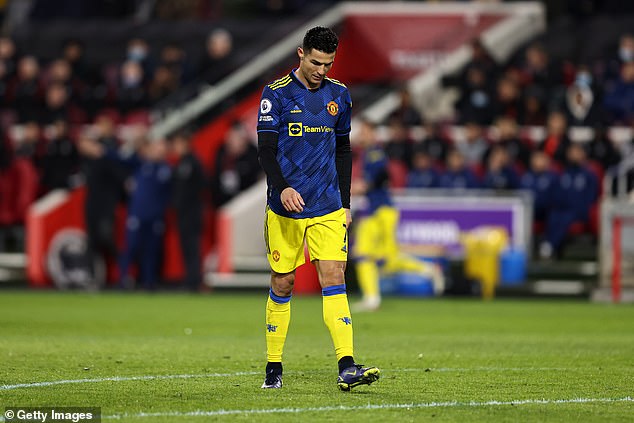 Wright acknowledges that Ronaldo has brought some goalscoring expertise to Old Trafford but hints that United may be regretting the move – as they only wanted to sign him to stop him moving to their arch-rivals Man City.

‘I believe the signing was about him not going to Manchester City,’ Wright added. ‘It wouldn’t have stopped City doing what they are doing – but I guess it would have helped.

‘They signed him so late in the window, after signing Jadon Sancho and convincing Edison Cavani to stay, and you look at those two players and they haven’t had much chance to play because of Ronaldo being in there.

‘Yes, he’s scored the goals, but at the same time it’s totally unbalanced.’