I’m A Celebrity’s Frankie Bridge might find herself having to face a gruesome Bushtucker trial because of her husband Wayne Bridge.

During last night’s episode, Danny Miler threw up (again) as he was forced to chow down on goat testicles but came out victorious over Radio 1Xtrra DJ Snoochie Shy in the first eating challenge of the series.

Thankfully for Frankie, Snoochie proved to be TV gold, requesting a glass of uterus to take away the ghastly flavour from a fish eye, and was subsequently picked by the public for tonight’s Bushtucker trial called Treacherous Traps.

However, watching last night’s episode, footballer Wayne – who appeared on the 2016 edition of I’m A Celebrity – cackled as he urged fans to vote for his wife.

‘She’ll hate it but it will be entertaining.’ 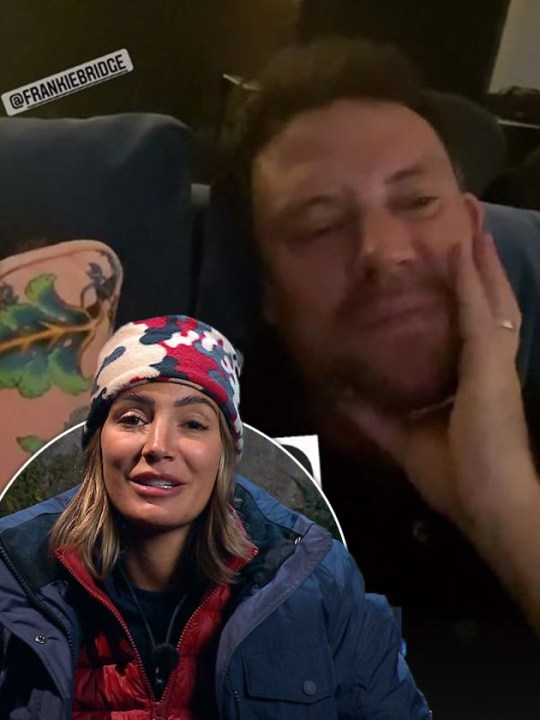 Frankie might find herself taking on a Bushtucker trial, thanks to husband Wayne (Picture: Rex/ITV)

So far Frankie’s proved to be a force to be reckoned with in the trials, beating Richard Madeley in the first big trial of the series, and thus making sure Louise Minchin, Snoochie Shy, Matty Lee and Kadeena Cox got a cosier stay then the rest of the camp mates in the main camp.

Wayne and Frankie spent a week in isolation with their two children, Parker and Carter, before she entered the castle as favourite to win the series.

Ahead of Sunday night’s live launch, Wayne revealed keeping The Saturdays singer’s I’m A Celebrity appearance a secret was a struggle.

Wayne entered the I’m A Celebrity jungle in 2016 (Picture: Rex)

‘Have you ever tried to get two kids to keep a secret before?! It’s not easy!!!’ he wrote on social media.

‘The boys and I went to wales with Frank for a bit, to spend some time together before she goes into the castle and to help get her prepped for what’s ahead!

‘A few windy walks with Turbo, a lot of mud and some prep talks… and I think she’s ready!!!

‘I honestly couldn’t be prouder of her…Me and the boys are buzzing for it all to start Sunday!!!’

I’m A Celebrity… Get Me Out of Here! continues tonight at 9.15pm on ITV.