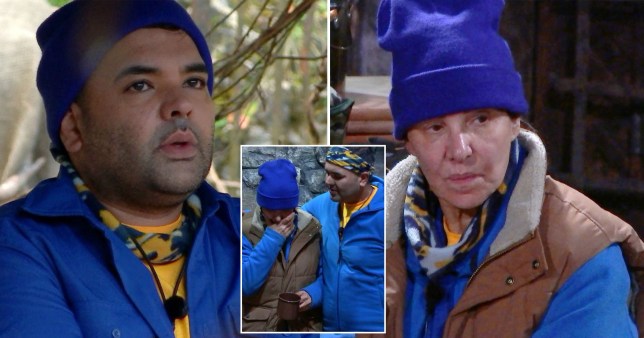 Naughty Boy was left feeling dejected after losing two trials in a row at the end of Tuesday’s episode of I’m A Celebrity… Get Me Out of Here! and admitted he thought his ‘time is done’ on the show.

Having shared a touching moment and hug with Dame Arlene Phillips at the beginning of the episode, where Naughty Boy branded her ‘the queen’ and the choreographer confessed in the Telegraph that she felt like ‘I’ve got to keep an eye out for him’, the producer’s morale seemed to start crumbling.

Naughty Boy paired up with David Ginola to take on the Don’t Waste It challenge opposite Kadena Cox and Frankie Bridge from the Main Camp, but unfortunately lost out on winning digestive biscuits for their campmates in The Clink.

The second trial saw him chosen by Main Camp to face Snoochie Shy – who was chosen by the public vote – in Treacherous Traps, which had the La La La hitmaker wondering if he’d been chosen by the red team because ‘they think I’m the weakest’.

After losing again, Naughty Boy admitted: ‘I do think my time here is done. I had a feeling earlier and I was thinking about mum and obviously I love you guys – I don’t think after knowing what the Main Camp probably knew what they were putting me through knowing I did the challenge earlier – I don’t know if I could ever join that camp.’

As Richard Madeley urged him to ‘sleep on it’, Naughty Boy’s pal Dame Arlene revealed: ‘I feel exactly the same.’

Dame Arlene and Naughty Boy are on the same wave length (Picture: ITV/Rex/Shutterstock)

The producer also insisted it ‘wasn’t a random big decision’.

He explained: ‘I’ve tried my best both times today. I just can’t go from here into that Main Camp… I can’t fake that. I’m sorry. One thing I’ll tell you before you guys go into the Main Camp, as much as they say they love us, they love you… there is no love. When you guys go to the Main Camp, they’re the reason why I left.’

The producer had a tough time of things (Picture: ITV/Rex/Shutterstock)More: I’m A Celebrity 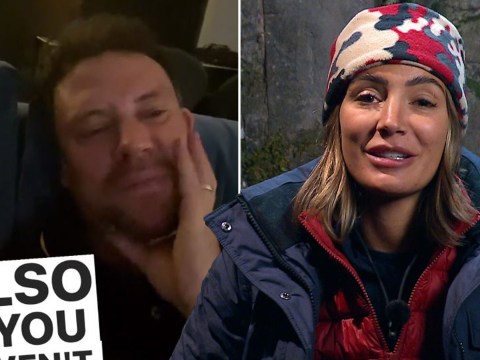 After it fell to Richard to read a scroll revealing that he, Arlene, Naughty Boy, David and Danny Miller would be merging with the Main Camp in Castle Gwrych in the morning, Naughty Boy seemed even more resolved to leave.

He said: ‘I don’t think I will be going to main camp, I can’t continue that my heart’s not in anymore, I’m led by my heart.’

I’m A Celebrity… Get Me Out Of Here! returns tomorrow at 9pm on ITV.

MORE : Katie Price claims she’d have been ‘slated’ for doing I’m A Celebrity weeks after having a baby like Danny Miller