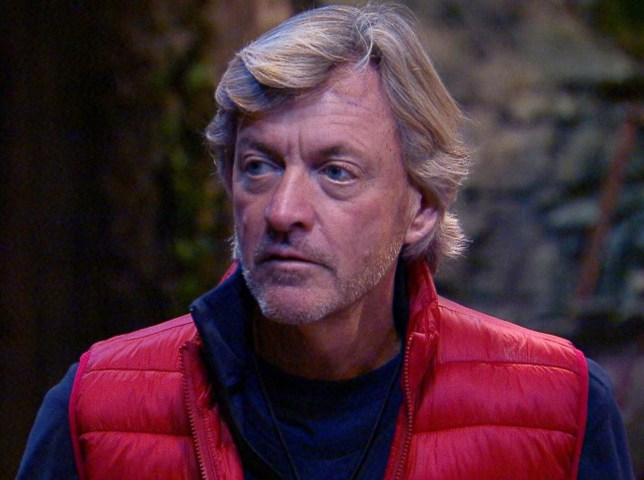 Will Richard Madeley be replaced on I’m A Celebrity? (Picture: ITV/REX/Shutterstock)

Richard Madeley has been forced to quit I’m A Celebrity… Get Me Out of Here! after being taken to hospital overnight.

The Good Morning Britain presenter, 65, was taken to hospital on Thursday November 25, and confirmed he was no longer able to take part in the rest of the series, leaving behind the rest of the cast, which includes Frankie Bridge, Louise Minchin and Naughty Boy.

A spokesperson for I’m A Celebrity confirmed Richard fell ill and needed medical assistance immediately, but assured he was on the mend.

However, with confirmation he will no longer be in Gwrych Castle what happens next?

Why was Richard Madeley rushed to the hospital?

Richard was forced to quit I’m A Celebrity after being taken to hospital (Picture: ITV/Rex)

While Richard hasn’t clarified why he was taken to hospital, he did assure fans he was ‘absolutely fine’.

In an Instagram post, he shared: ‘Richard here – firstly just to say that I’m absolutely FINE. I started to feel briefly unwell in the small hours of the morning and was taken to hospital as a precaution.

By leaving the camp, I had consequently broken the Covid ‘bubble’ and as such I’ve had to leave the castle and all the wonderful celebs that remain in the camp.

‘Obviously I’m gutted to be leaving so soon but the safety of all the campmates is the number one priority. I’m incredibly excited to watch their journey continue…even more so at the prospect of being somewhere a little warmer than Gwrych Castle…

‘Thank you to everyone who supported me on my brief but completely unforgettable adventure – I’ve made some great friends and honestly had the time of my life.’

Will Richard be replaced on I’m A Celeb?

An ITV spokesperson confirmed Richard won’t be replaced, despite having stars on stand by.

‘No stand ins will be entering the castle,’ they said, which comes after EastEnders star Adam Woodyatt and Corrie’s Simon Gregson arrived into the castle last night.

Will Richard Madeley be on I’m A Celeb tonight?

Richard will appear on the Thursday November 25 episode as the events will have been recorded the day before he was taken ill to hospital.

Subsequently, he will be seen cheering on his camp mates for the latest Bushtucker trial featuring Adam and Simon.

ITV confirmed he has recorded a video message to be played to his camp mates and will be speaking to Ant and Dec on Friday night’s show.

I’m A Celebrity… Get Me Out of Here! continues tonight at 9pm on ITV.