Coronation Street’s Simon Gregson and EastEnders’ Adam Woodyatt have entered the I’m A Celebrity… Get Me Out Of Here! castle, and it didn’t take long for them to be given a terrifying trial.

The soap legends will enter the camp as late arrivals tonight, and an exclusive preview shows them taking on the Castle Scare Fair in a bid to win meals for camp.

Simon, who plays Steve McDonald, and Adam, known for playing Ian Beale, can be seen with their necks locked in perspex boxes, as dozens of snakes are dropped onto their heads.

The actors must use their mouths and chins to unscrew stars from the box to feed their new campmates.

The rest of the celebs can be seen watching on, probably thankful they aren’t the ones surrounded by snakes!

However, they cheer on the soap rivals as best they can, particularly Emmerdale’s Danny Miller, who is heard shouting, ‘Come on, boys!’ 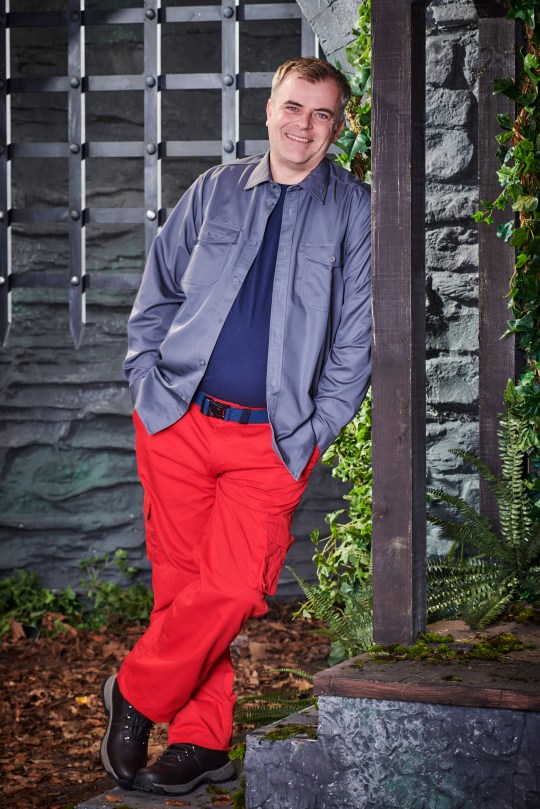 Ian Beale is heading into the castle! (Picture: ITV/REX/Shutterstock)

The pair were revealed as the latest campmates in Wednesday night’s episode, as a clip showed Adam joking: ‘I’m gonna be about as much use as a chocolate teapot.’

Adam, who joined EastEnders in 1985, is currently taking a year-long break from the long-running soap to pursue other projects, and it looks like being locked in a box with snakes was first on the list.

Meanwhile Simon, who has played loveable Steve since 1989, said in his introductory VT: ‘It’ll be nice to actually show people that there’s absolutely no difference between me and Steve McDonald.’ 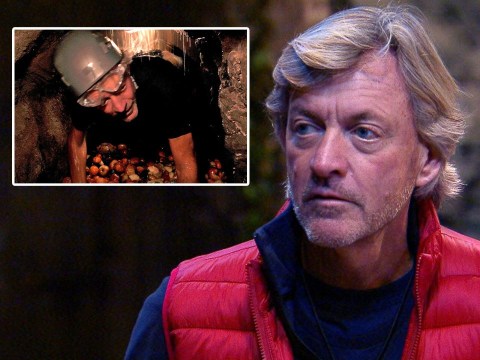 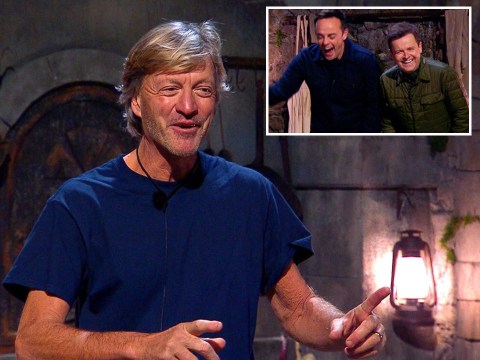 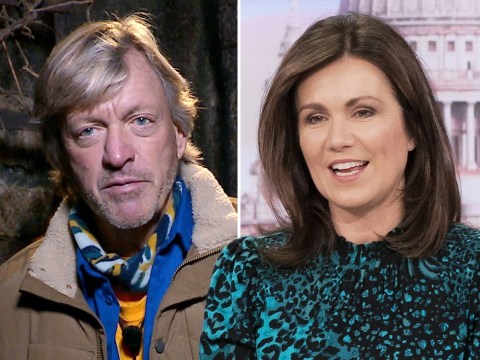 They will join the likes of Frankie Bridge, Arlene Phillips, David Ginola and Naughty Boy, who have been settling in to castle life since Sunday.

The celebs were apart for the first few days, however, but were all finally reunited as The Clink joined Main Camp last night to form one, big, happy family… for now.

They’ll surely be glad of some new campmates, and viewers have been looking forward to the soap stars’ appearances since rumours first began.

We can’t wait to see what else Ant and Dec have in store for them.

I’m A Celebrity continues tonight at 9pm on ITV.