Charlotte Church has been frantically panicking about her finances in the very first episode of her reality TV show after investing £1million to open a wellness retreat in Wales.

The child star turned pop rebel launches her new series, Charlotte Church’s Dream Build, which follows the 35-year-old as she transforms a 16th century mansion formerly owned by designer Laura Ashley into a flashy retreat, pumping her life savings into the project.

However, in a moment of panic about her bank balance, the singer admitted: ‘If we don’t get it done by the start of June I’m up sh*t creek without a paddle! I’m in a lot of trouble.’

Explaining that she is stuck with a £750,000 as well as a £300,000 investment from her mother Maria and stepdad James, she added that she ‘gave them a whack of money when I was a teenager’.

‘It blows my mind and fills my heart that I own it now,’ she said. ‘My biggest project is about to begin. I have pretty much spent my entire life savings on this.’

As well as the main property, there’s also a barn and stables in the grounds to be converted with costs thought to have reached £1.2million. 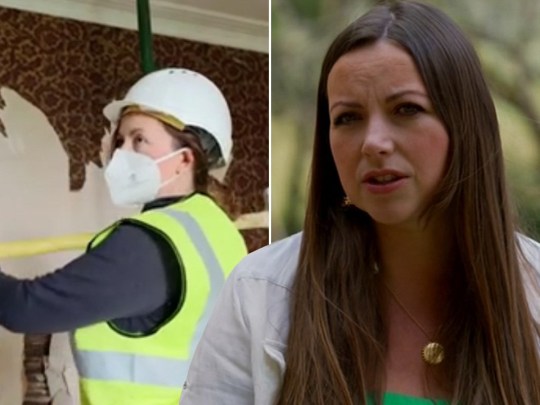 Charlotte Church is throwing everything at renovating her dream wellness centre (Picture: Really)

While treating viewers to a tour of the house, Charlotte confessed she underestimated quite how much work was needed – and how much it would cost.

‘I am obsessed with nature and want to make the most of Rhydoldog’s magical landscape,’ she enthused. ‘It’s dreamy but a bit of a nightmare house, not looking her best.’

After finding fame at 12-years-old when she released her global best-selling album Voice of an Angel, Charlotte was estimated to be worth around £25million.

The stunning mansion was once owned by renown designer Laura Ashley (picture: Really)

She’s now thought to have a net-worth of £5.6million but previously insisted she needed to ‘work hard’ to find her ‘lifestyle’.

The singer hopes to a ‘zero-emissions, off-grid’ healing retreat centre.

Charlotte previously said: ‘There’s 47 acres of magical wonderousness in mid Wales. We are going to set up a small democratic community here for the next year basically.

‘We are going to be focused on different wellbeing practices like meditation and reconnection with nature. Probably do a bit of chanting at dawn.

‘Send us an application if you are interested in living in a community, doing things a bit differently and reconnecting with yourself, with community and with nature.’