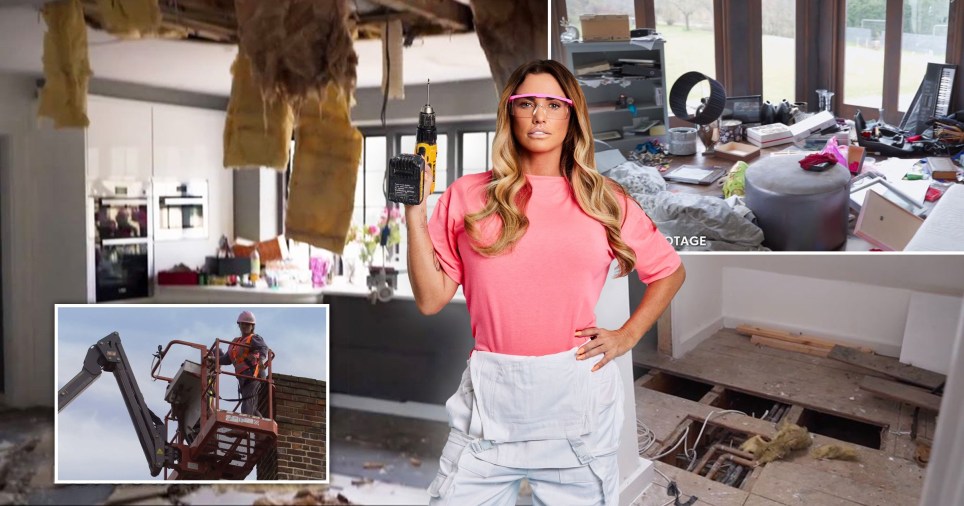 Katie Price is attempting to clean up her Mucky Mansion (Picture: Channel 4)

Katie Price has given fans quite the glimpse into her infamous Mucky Mansion as she begins the monumental task of refurbishing it.

The mum-of-five bought the house from Cabinet minister Frances Maude in 2014 for £1.3million.

Boasting 10 acres of land, it also came with a tennis court and swimming pool.

However, the 19-room mansion, which Katie bought in 2014, has fallen into disrepair over the last 18 months, from the kitchen ceiling collapsing, to disastrous issues with black mould and damp.

As well as fly-tippers and vandals destroying the property by leaving taps running upstairs causing the kitchen ceiling to collapse below, Katie uncovered more issues when doing up the home.

In the first episode of her Channel 4 documentary, Katie could be seen with her chief builder Steve as he showed her the black mould and damp issues which were being caused by rainwater leaking through her chimney.

The star, 43, had been preparing to do up son Jett’s room, but had to put her plan on pause temporarily to sort out the mould issues before the decorating could begin.

Steve told her: ‘It is the chimney breast and more than likely it is something at the top of the chimney [causing the damp issues].

Katie Price has owned the Mucky Mansion since 2014 (Picture: Channel 4)

She paid £1.3million for it but it’s since fallen into disrepair (Picture: Channel 4)

Katie is dealing with issues like collapsed ceilings and damp (Picture: Channel 4)

‘So we will have to take this off and let it dry out. You can’t leave any mould or anything behind, so anywhere we see mould will all have to come off, strip it back and start again.’

In order to sort out the root of the problem, the top of the chimney needed to be sealed with a new chimney pot added to stop water and birds from entering the chimney itself.

During the episode, fans also got a look into Katie’s son Jett’s bedroom.

She’s attempting to clean up the house with her new show (Picture: Channel 4)

The house boasts 19 rooms and 10 acres of land (Picture: Channel 4)

The star shares children Jett and Bunny with Kieran Hayler, with Katie getting stuck in to create a jungle-themed bedroom for her son, using some very, erm, unique methods.

She had crafted items for it herself, including cutting animal teddies in half to stick on a wall made of fake grass and adding colourful pompoms around a circular mirror to add her own stamp to the room.

Katie said she was inspired by Jurassic Park, adding: ‘Jett loves the outdoors. I want it to be like a den for him. Jett’s a very lucky boy. It’s going to look amazing. I love a garden centre, I must be getting old.’

The chimney caused all sorts of issues in the first episode (Picture: Channel 4)

Katie got stuck in (Picture: Channel 4)

Jett gave it his seal of approval, labelling his new room ‘awesome’ and immediately diving into his new bed.

The star has big plans for the rest of the house, as she hopes to do up the kitchen, change the floors, and switch out the dark woodwork.

She added: ‘So this is the first room of the house done. Everyone’s loving it. I love how Jett’s looking at all the stuff I’ve made. All that hard work, it’s been a success. One child done, one child happy, four more to go… oh and I’ve got my bedroom too.’

Katie had some unique methods for Jett’s room (Picture: Channel 4)

And the final result (Picture: Channel 4)

Katie, who also shares her children Junior and Princess with her ex Peter Andre, and has her older son Harvey, previously explained why renovating her famous home was so important to her, as she hopes to put her recent traumatic experiences behind her, narrowly avoiding prison just before Christmas.

Speaking about the house, she told Channel 4: ‘My house has been called the Mucky Mansion in the past, but it’s not that anymore, I’m making it a home.

‘I’m getting my hands dirty and doing a lot of the work myself and, with the help of my amazing family and some brilliant friends, I’m putting the past behind me and rebuilding.

It was previously reported that Katie is being paid £45,000 for the show, although Channel 4 refuted claims that they are paying for the refurbishments, saying: ‘Production did not pay for the costs of any renovations of the house.’

Channel 4’s senior commissioning editor has previously opened up about the broadcaster’s decision to work with Katie following her drink-driving conviction. 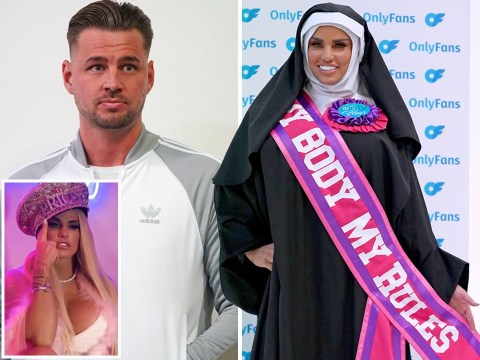 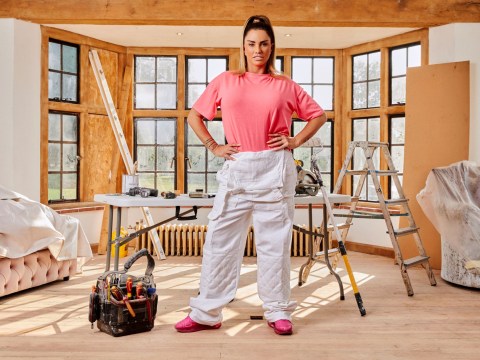 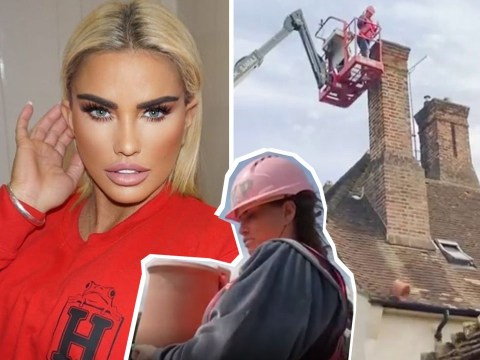 Katie Price’s Mucky Mansion: Where is it and how much is it worth?

‘In Katie Price’s Mucky Mansion, we see a different side to Katie and learn more about her battle with mental health, as well as seeing her close bond with her family. It’s compelling viewing.’

Katie Price’s Mucky Mansion is available on Channel 4 and All 4.

MORE : Katie Price’s Mucky Mansion viewers crack up as she repeatedly calls her chimney a ‘chimley’