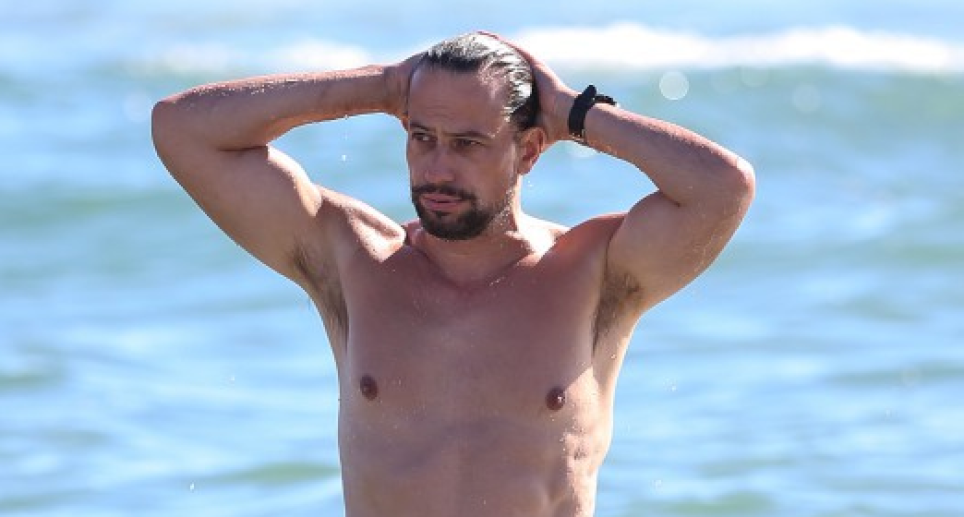 Ioan Gruffud made the most of the LA sunshine (Picture: Splash News)

Ioan Gruffud has been channelling his inner James Bond as he enjoyed some time in the sun in Los Angeles this week.

The newly single star, 47, was spotted doing his best impression of Daniel Craig as James Bond in Casino Royale as he ran his hands through his hair in the shallow water, revealing he was no longer wearing his wedding ring.

The actor was in knee-deep water in a pair of navy blue trunks with palm trees and suns all over them as he smiled at someone on the beach.

Ioan is currently in the midst of a divorce from wife Alice Evans, which has been making the headlines.

He cited ‘irreconcilable differences’ in the divorce filing after 102 Dalmatians actress Alice claimed he had ‘walked out’ on the family.

The day of separation is listed as New Year’s Day and a note on the document adds that the pair are in a ‘collaborative process and intend to resolve all issues including spousal support by written agreement’.

Ioan channeled his best James Bond in Casino Royale as he soaked up the sun (Picture: SplashNews.com)

The actor appeared happy and relaxed as he enjoyed a beach day (Picture: SplashNews.com)

He was selling tickets to the gun show while in the water (Picture: SplashNews.com)

The couple’s separation has been played out in public after Alice revealed on social media earlier this year that she and Ioan were discussing legal separation.

Ioan’s pose was reminiscent of Daniel Craig as James Bond emerging from the sea (Picture: Moviestore/Shutterstock)

Alice and Ioan split at the start of the year (Picture: JB Lacroix/WireImage)

She wrote: ‘It must be weird to comprehend why somebody would share their pain on social media rather than with their nearest and dearest.

‘I get that. You must think I’m an a**hole. I’m not though. I don’t have a mum, or a dad. I don’t have any close friends in LA. I’ve looked after my kids for half their lives alone. My husband knows that.’ 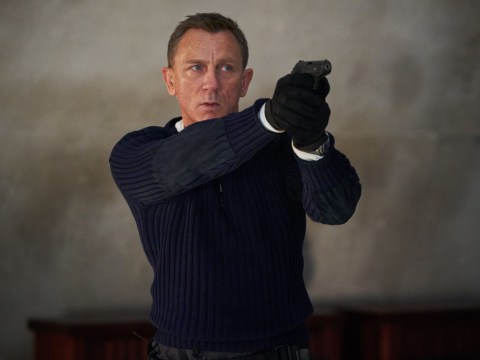 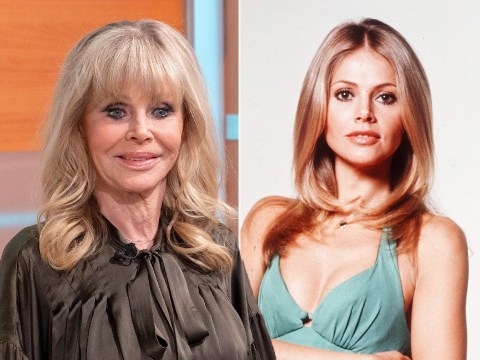 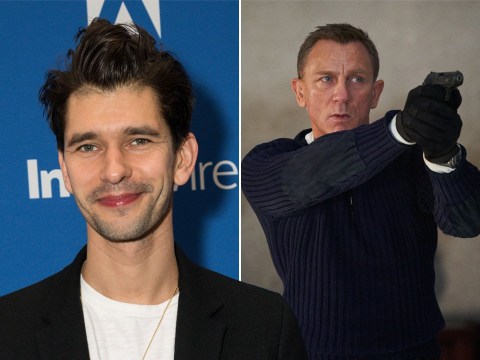 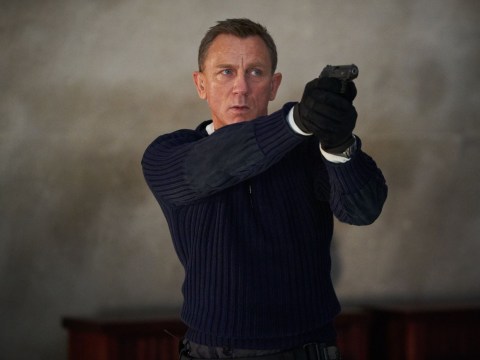 James Bond universe ‘could be expanded’ as Amazon takes over MGM

Alice added: ‘I’m sorry but f**k your discomfort about my lack of dignity. F**k your cheap quips about how “she didn’t know!” Ha ha ha what a load of b*****ks.’

Ioan has yet to comment on the split publicly, only releasing a joint statement with Alice in January, reading: ‘As you can imagine, this is an incredibly difficult time for our family and we remain committed to our children. Thank you for respecting our privacy.’

MORE : Alice Evans flashes smile while out for dinner as she brushes off Ioan Gruffudd divorce