Ashley James has admitted she never dreamed of becoming a mum and may not have had children if she didn’t fall pregnant in lockdown.

The DJ and influencer, 33, who’s expecting her first baby with boyfriend Tom Andrews, 30, told MailOnline she fears losing her identity when she becomes a mother, after spending years living in London as a single woman and prioritising her career.

She also confessed to struggling with her ‘unpredictable’ breasts that often attract ‘unwanted attention’ after they increased by five bra sizes as a result of her pregnancy. 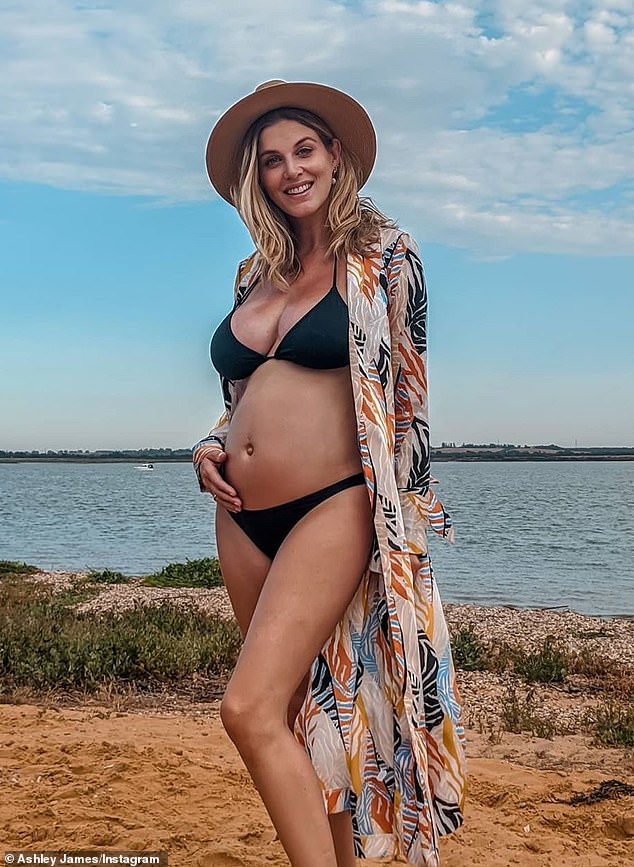 ‘I don’t coo over other people’s children’: Ashley James has admitted she never dreamed of becoming a mum and may not have had children if she didn’t fall pregnant in lockdown

In an exclusive interview, Ashley, who is 20 weeks pregnant, explained she hasn’t always had conventional feelings towards motherhood but insists you can still be ‘an amazing mum’ even if it’s not something you visualised from a young age.

She told MailOnline: ‘It has never been my dream to be a mum. I don’t coo over other people’s children, especially if I don’t know them.

‘I feel like I don’t want to lose my identity when I become a mum. For me to be the best mum is for me to still be who I am.

‘That’s why I’m happy it’s been taken out of my hands because if it came down to planning, I don’t know if I ever would have. 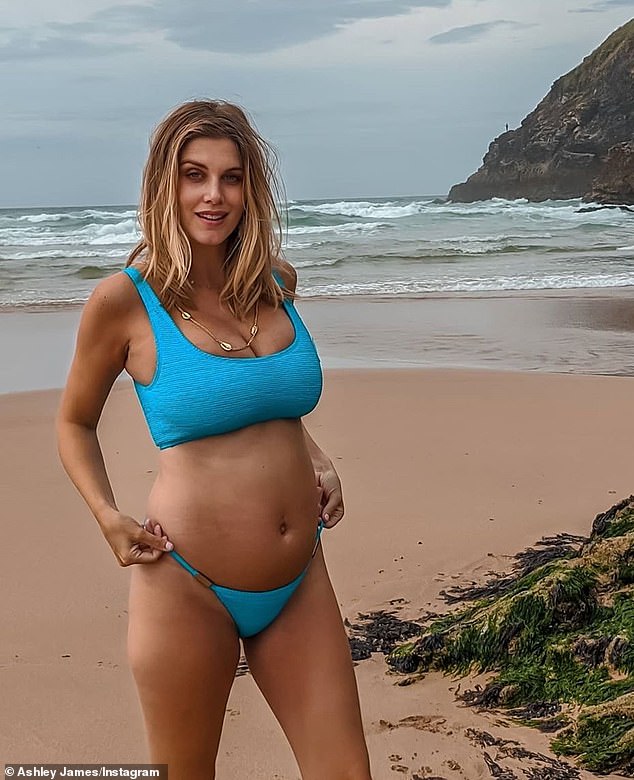 ‘I’m still very career focused’: The ex Made In Chelsea star told MailOnline she fears losing her identity when she becomes a mum, after spending years living in London as a single woman

‘I’m still very career focused and I like to invest time in my friends, having children shouldn’t mean you have to change.

‘When I said I wasn’t maternal a lot of people were like “good luck bringing up a child if you’re not going to care for it.”

‘I have no doubt that this baby is going to be so loved. You can still love your child and be an amazing mum without it having been a dream.

‘I just worry I’m going to end up with an army of men having not wanting children in the first place!’

While the former Made In Chelsea star says she’s loved watching her body change the last four months, she admits the biggest struggle has been managing with her enlarged breasts, and even finding the right bras isn’t an easy task.

She said: ‘The only thing I am struggling with is I already had quite big boobs and my boobs have now gone up five sizes. 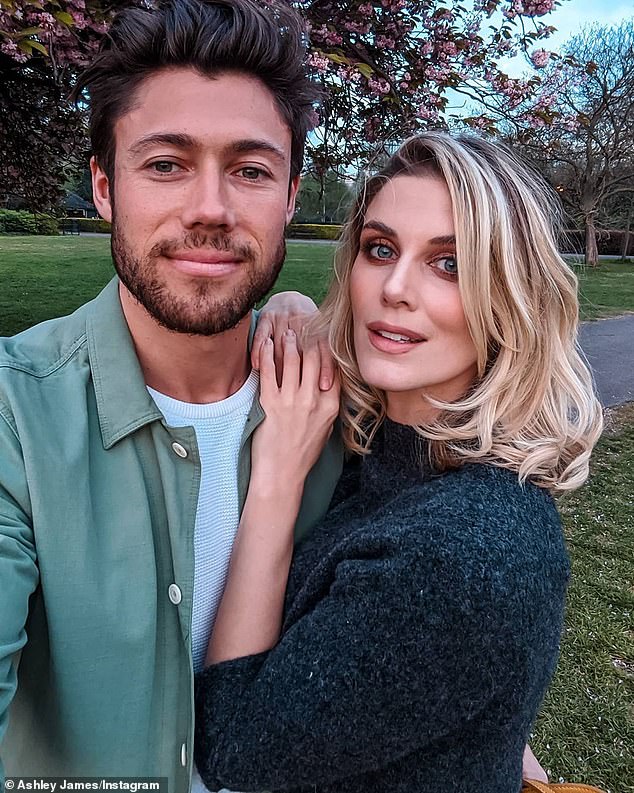 Going strong: The DJ and influencer is expecting her first baby with boyfriend Tom Andrews after he moved into her London home during lockdown 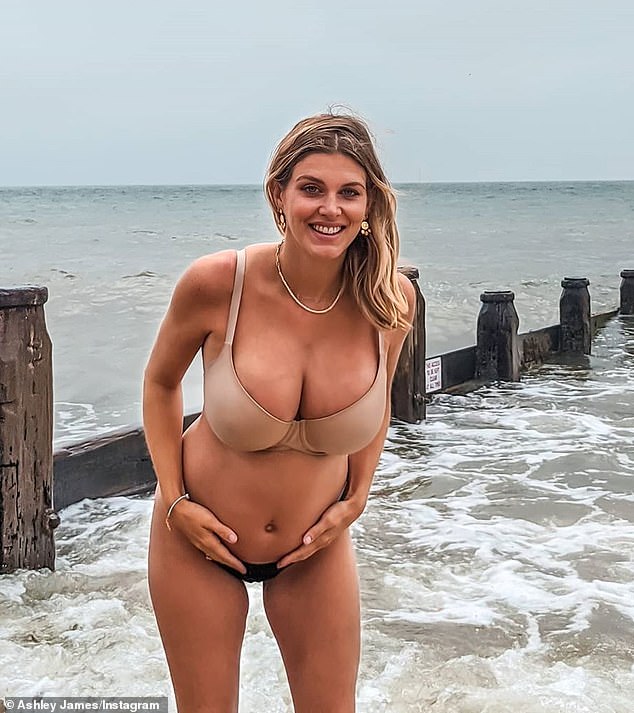 ‘It’s also the back pain’: Ashley has been ‘struggling’ with her big boobs after they increased by five bra sizes during her pregnancy, with the model saying they attract ‘unwanted attention’

‘It’s a struggle to avoid unwanted attention and to dress nicely and mainly because bras are so expensive.

‘Bras are already something that men don’t have to pay for and during pregnancy it is so unpredictable what boobs do.

‘But it’s also the back pain… I’ve taken on a personal trainer just to control and strengthen my lower back, which will also be great for the birth as well.’

Ashley, whose baby boy is due in January, says she has no intention to get her pre-pregnancy figure back and the last thing she wants is to ‘punish her body’ for going through changes.

She said: ‘I hate the term “getting your body back” we have a body regardless of how it looks. 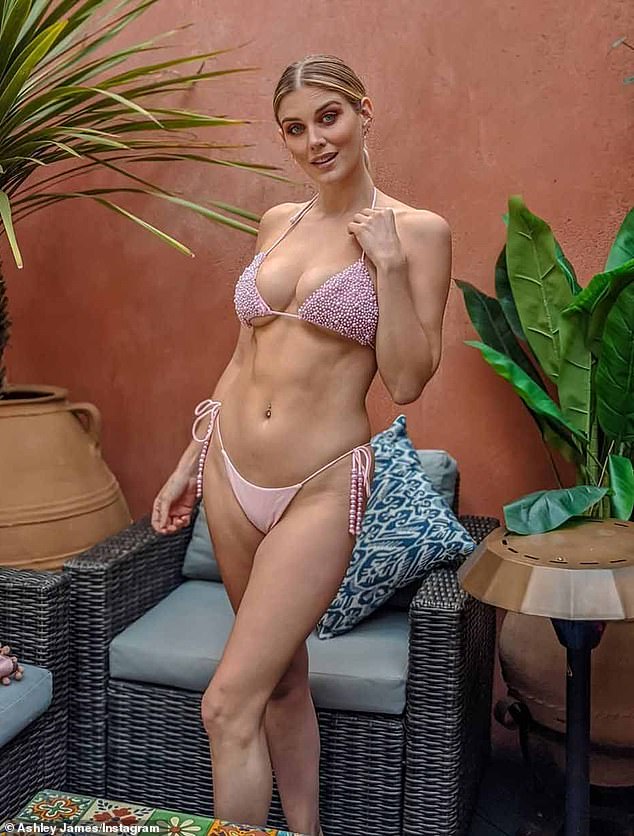 ‘It makes me sad’: Ashley says she hates the phrase ‘getting your body back’ and insists she will refuse to punish herself for the way her figure is changing during pregnancy (pictured in April)

‘It makes me sad that there’s a pressure for women to “snap back” or whatever the term is.

‘My weight has fluctuated throughout the years and being my skinniest was not my happiest.

‘I am looking forward to being able to do personal trainer sessions post birth but it won’t be me… my baby comes first. I won’t punish myself about how my body has changed, it is not a priority for me.’

Ashley, who was single for six years, started dating tech professional Tom in October when they reconnected after meeting a decade earlier at work.

Six months later, the couple discovered they were having their first baby, after Tom moved into Ashley’s London home amid the coronavirus pandemic.

Ashley is grateful that her relationship with Tommy has grown stronger as a result of lockdown and she’s finally been able to shake her reservations of living with a partner. 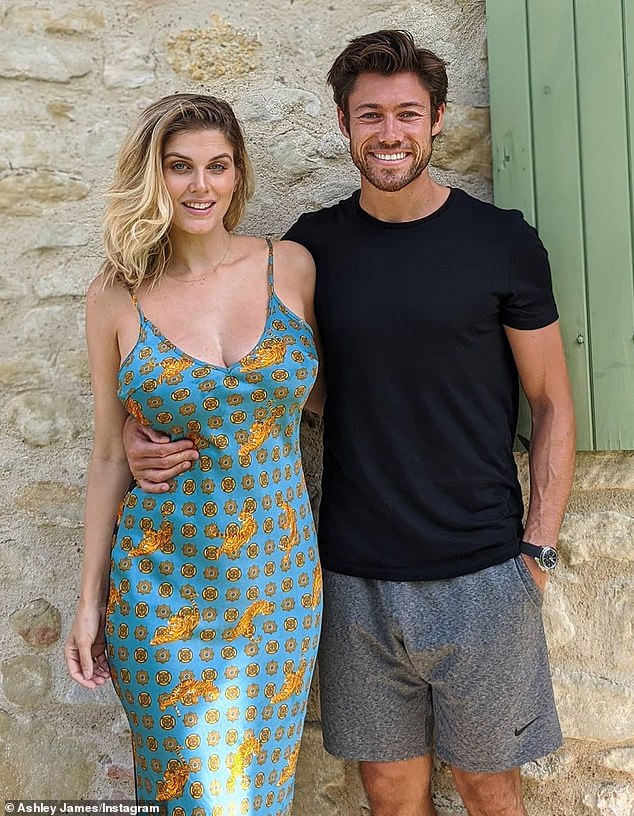 ‘I was stubborn’: Ashley is grateful that her relationship with Tom has grown stronger as a result of lockdown and she’s finally been able to shake her fears of living with a partner

She said: ‘My boyfriend wouldn’t have moved in so quickly had it not been for lockdown.

‘He just happened to be at my house when Boris announced the lockdown, so we had this discussion of what we should do.

‘He lived in north London and I’m south-west so we thought we potentially weren’t going to see each other for a few months but then we stayed together and now we’re having a baby and he’s moved in.

‘I had been single for so long, I was stubborn and defensive about my independence and I always said that I would never live with someone again.

‘In a way it forced our relationship together but in a positive way, proving that we were right for each other. Now we’re in this situation that we have a lockdown baby.’ 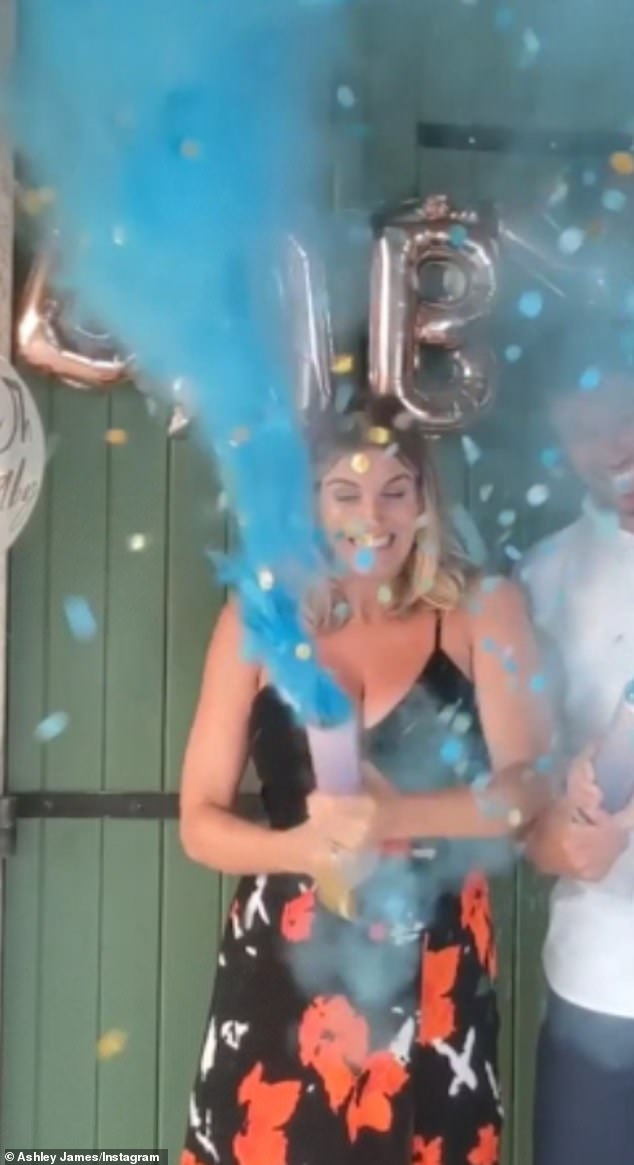 Exciting: Ashley, who is expecting a boy in January, has teamed up with company Kaspersky to discover more about cyber security and how she can prevent hacking while working at home

Ashley has teamed up with company Kaspersky to discover more about the safety measures we can take to increase our cyber security and prevent hacking now we’re all spending more time online at home than ever before.

She said: ‘It’s only once we went into lockdown and suddenly all of my work became online, my DJ gigs are all on IGTV, my Instagram has become a large part of my work and my TV appearances have been on Skype and Zoom.

‘If my devices got hacked that would be devastating for my livelihood so I started to think more about safety.

‘I started chatting with Kaspersky about how lockdown has impacted everyone from home, 81 per cent have moved one activity that used to be face to face online.

‘I’m really proud to be part of the campaign because I imagine most of us are spending a lot more time online than we were pre lockdown.

‘According to their research 48 per cent of us are spending more time online and 47 per cent are socialising online instead of in person. Dating is a big thing too, that’s all online.’