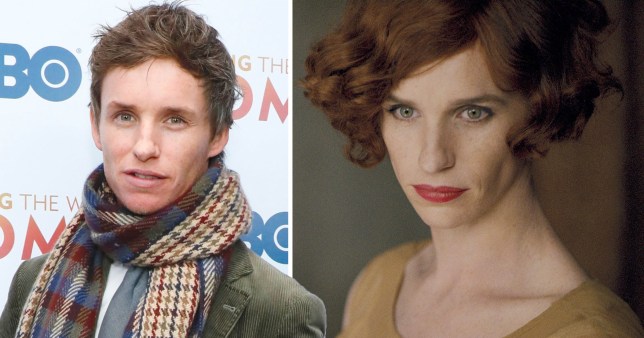 It can be infuriating watching performance after performance by cis men in dresses fail to capture the true essence of the trans identity (Picture: Focus Features/Working Title/Kobal/Rex/Shutterstock)

Over the past few years the subject of cis actors taking on trans roles has seemed to get more and more controversial.

From stage productions like Breakfast on Pluto causing controversy for casting cis male actor Fra Fee in a trans femme role, to Hollywood heavyweights like Scarlett Johannson and Halle Berry both being announced and then pulling out of projects playing trans masc roles.

So Eddie Redmayne describing his choice to star as trans woman Lili Elbe in 2015’s The Danish Girl as ‘a mistake’ didn’t come as a surprise.

I do have to ask though: has he really learnt from this mistake?

As a trans playwright and performer myself, I found it refreshing that Eddie was willing to answer this question at all, and the fact that he can now see and admit his mistake and signpost that to the general public is to be commended, but he needs to do more.

I am rarely invited to audition for anything other than trans roles. When cis actors like Redmayne take the few roles that are available to me it further represents the lack of opportunities for me in this industry. It can be infuriating watching performance after performance by cis men in dresses fail to capture the true essence of the trans identity.

It is also dangerous, when an audience who have never met an openly trans person see a man in a dress they assume that I myself am just a man in a dress, and this also recontextualises their feelings around me; my strength, my sexual orientation, my ‘danger level’ and this can often lead to physical violence.

The Netflix documentary Disclosure, produced by trans actress and activist Laverne Cox details the real world harm that comes from inauthentic trans representation in media, and was received warmly when it debuted last year, but it seems we have to keep reminding people that this is inappropriate.

Redmayne’s interview came out at the end of Trans Awareness Week, which culminates in Trans Day of Remembrance. This year we were remembering 375 of our siblings lost to violence in the past year. That’s more than one a day.

There’s something off about the timing of his comments too. Maybe I’m jaded, but I always question the sincerity when an apology or acknowledgement of harm is seemingly tied to promotion.

The interview where he made these comments is behind a paywall, and when transgender people are more likely to be unemployed or on a low wage, who among them can afford to pay for a Times subscription? Or, to be honest, up to £250 for a seat to see Cabaret? Just one of those tickets could buy 10 binders, giving 10 trans youth the gender affirming clothing they deserve.

Why do we have to pay to read his apology? Surely he’s the one who owes us money, after the millions he must have made on The Danish Girl, and the parts he will no doubt have got due to his Oscar nomination for said role.

Redmayne’s comments also come after starring in two films written by and based on the words of author JK Rowling, who has repeatedly been accused of transphobia, whom he said he disagrees with but he is still set to appear in the upcoming third Fantastic Beasts movie.

If he really does stand with the trans community he could stand with Richard Energy, Georgia Frost and Holly Stars who JK Rowling set her 13.9million followers on yesterday. She accused them of ‘doxxing’ her, by staging a three person protest outside her Scottish mansion (which has had its own Wikipedia page mentioning its famous inhabitant and therefore I struggle to understand how the protest revealed her address).

Other ways Eddie could support the community include throwing his name and industry clout behind new works from trans creatives. Maybe he could star in a new film directed by a trans person? Or how about he takes a small role in an indie film with a trans lead? Or maybe he could even leave the Fantastic Beasts franchise so he no longer makes money for someone who seems to want to spend much of their time attacking trans folk?

When I started out in this industry, I wanted to perform Shakespeare and star in musicals and do all the things we traditionally associate with ‘proper acting’, but it quickly became apparent that while a cis actor was allowed to ‘act trans’ I wasn’t allowed to ‘act cis’ or even act at all. 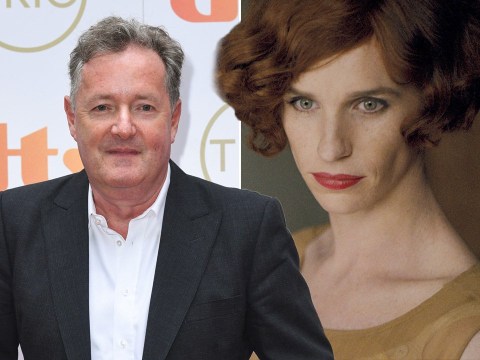 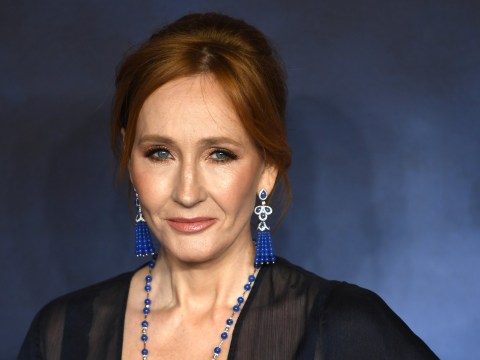 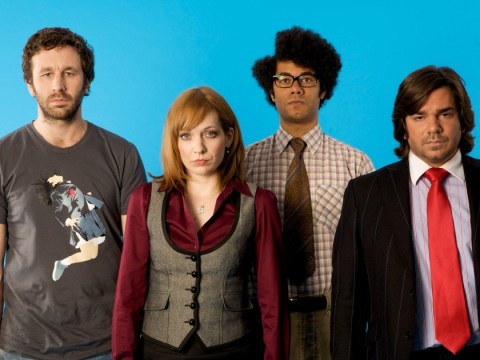 Matt Berry ‘does not condone’ transphobic The IT Crowd episode

I turned to creating and writing my own work, producing it with my own money in order for my talent to be seen. For there to be real change in this industry, it is imperative that cis allies do more than just notice their mistakes.

They must actively work to reduce the stigma and harm that affects trans people. Being a true trans ally means fighting our battles when we’re too exhausted, it means working directly with trans folk of all ages, races and genders to ensure you’re not only not causing harm but also minimising any future damage. Eddie Redmayne has a huge platform, he could use his voice to champion trans rights but so far he has yet to do so.

It’s great that Eddie has learnt not to take trans roles, and that he feels comfortable talking about the ‘mistake’ he made previously, but the damage is already done.

His performance has been perpetuating the myth that trans women are men in dresses for six years now, and if he wants to make amends he needs to put his money where his mouth is.

MORE : Eddie Redmayne brands his Oscar-nominated role as transgender artist in The Danish Girl ‘a mistake’

MORE : Piers Morgan hits out at Eddie Redmayne for saying trans role was a ‘mistake’: ‘Can only real mobsters play mobsters?’

MORE : JK Rowling hits out at trans rights activists who ‘doxxed’ her: ‘I will not be intimidated out of speaking up for women’s sex-based rights’