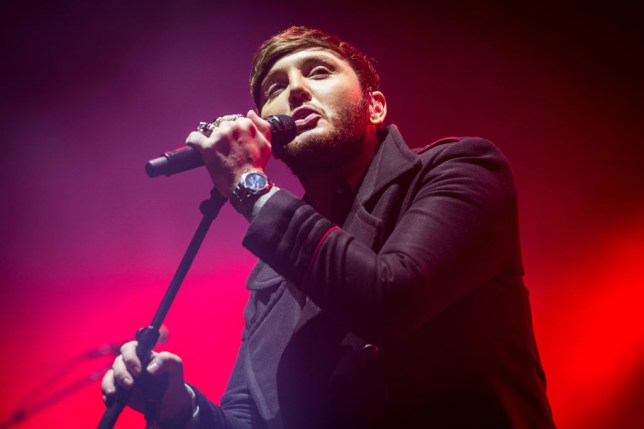 James wrote a song when he found out Jessica was pregnant (Picture: Mike Lewis Photography/Getty Images)

James Arthur has revealed he wrote his song Emily as a dedication to his unborn daughter, after his girlfriend suffered an ectopic pregnancy.

The track is on James’s fourth studio album, It’ll All Make Sense In The End, which came out earlier this month and reached number three in the UK charts.

When he released Emily, James suggested that he was writing the song to his future child, but has now revealed he and his then-girlfriend Jessica Grist were expecting a baby when he wrote the song.

Speaking on The Andy Jaye Podcast, the former X Factor winner said: ‘To be honest, when it first came out I sort of billed it as that, but I spoke to my partner, and at the time it was a realistic prospect. She was pregnant.

‘Sadly it didn’t work out. It wasn’t far, it was a couple of months and she had an ectopic pregnancy. So she lost the child, and I didn’t really want to talk about it.

‘But she actually said “I think it’s really important that you do” – just because there’s so little information, and I would echo that actually.’

Jessica encouraged James to speak about it (Picture: Instagram)

An ectopic pregnancy occurs when a fertilised egg implants itself outside of the womb, usually in one of the fallopian tubes, and can be serious for the mother’s health.

The pregnancy cannot be saved when it is ectopic, and the egg will not develop into a baby.

James continued: ‘I remember at the time saying, “what, so you’ve got to wait 14 weeks”, or whatever it is, before you can even celebrate this, and I was writing the songs about it – I’m going to be a dad.

‘I was thinking about having the hopes and fears anybody would have when being faced with having a child. And sadly it didn’t work out.

‘But the song was special to us, and we felt like it was one of the stronger songs on the record.

‘And the record label were like ”we think you should release this song’. I guess to say, this is a song to my future child, which I still would call my child Emily. So it made sense to put it out like that.’

He added: ‘Sadly, I was having a child. I guess it’s a bit weird people hearing it, what, he doesn’t have a kid and he’s talking about that.

‘It’s a scary place to be, and as the man, you just want to be there for them, just put your own sadness aside at the time. It’s not about you. It was a sad time, we moved forward, and hopefully there’s blessings to come in the future.’

James and Jessica began dating in 2012 when he met the backing dancer on The X Factor, and split in 2015 before reconciling in 2017. 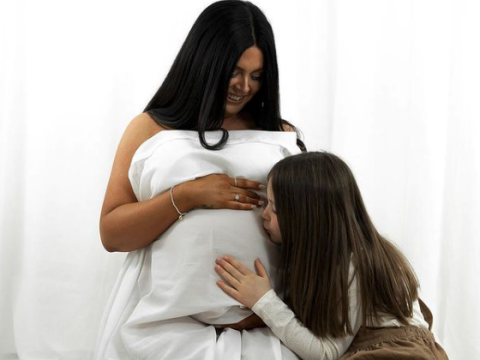 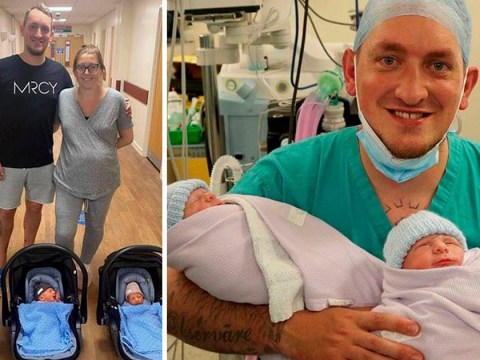 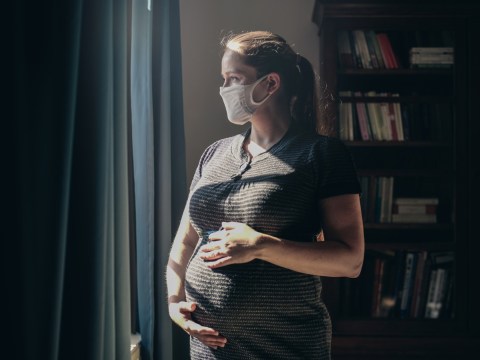 1,700 pregnant women hospitalised with Covid and nearly all unvaccinated

However, the couple broke up again earlier this year.

The Impossible singer said on the podcast that while that relationship didn’t work out, he wants to be a father in the future.

For emotional support, you can contact Miscarriage Association’s pregnancy loss helpline on 01924 200799 or email info@miscarriageassociation.org.uk.

MORE : Benedict Cumberbatch urges men to ‘shut up and listen’ to conversation about toxic masculinity