James Justin is poised to make his Leicester comeback to end his year-long injury nightmare.

The defender is likely to be included in the squad for Saturday’s Premier League trip to Burnley.

He has been out since February 2021 with the serious knee injury he suffered in the FA Cup against Brighton. 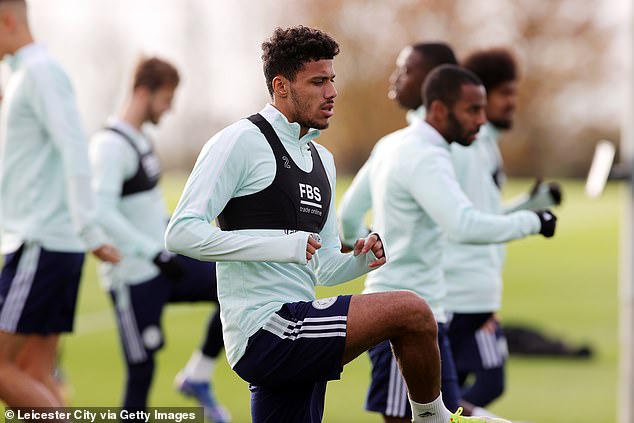 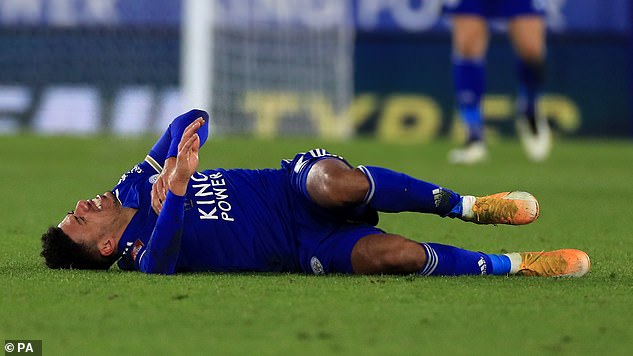 Justin played 45 minutes for the Under-23s against Chelsea on Saturday and is due to be available for the game at Turf Moor.

Boss Brendan Rodgers said: ‘He came through very well, it was initially getting the first appearance in. He felt good in the game. He has trained very well and has looked strong and we feel he can be drip-fed into the games.

‘He should be available in the squad and we’ll take a final look tomorrow. To have him back is such a huge plus for us. 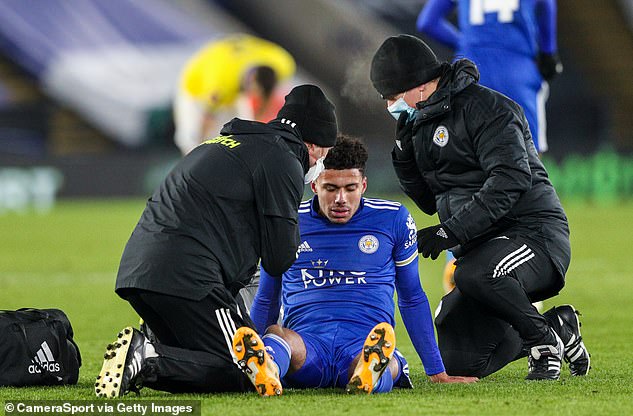 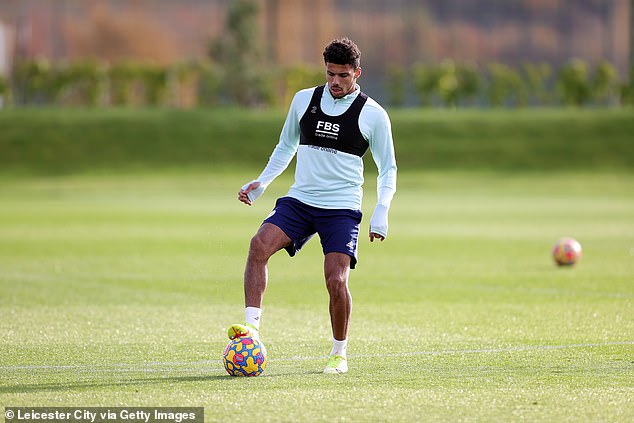 ‘The first step back can be tentative. You bring them back in when they are physically and mentally right.’

Justin will be joined by the fit-again Patson Daka, Luke Thomas, Caglar Soyuncu and Kiernan Dewsbury-Hall.

Kelechi Iheanacho, Wilfred Ndidi, Nampalys Mendy and Daniel Amartey are away at the Africa Cup of Nations.

Rodgers also defended the Foxes after they were forced to postpone Tuesday’s trip to Everton, which had already been rearranged from December because of Covid cases in the Leicester squad, due to the virus, injuries and players on international duty. 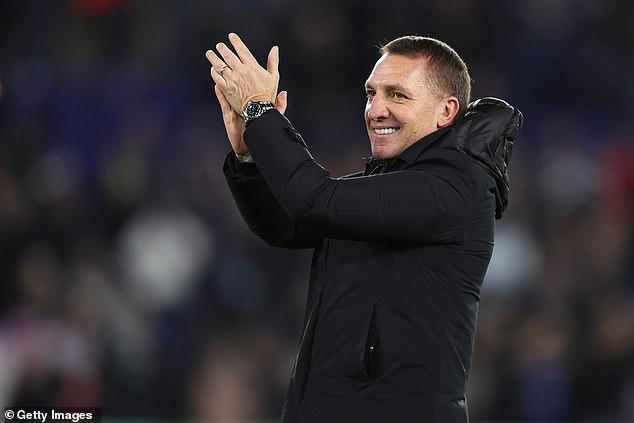 He said: ‘We had eight players. Young players who had been involved in the FA Cup are not necessarily ready to be thrown in at Premier League level. Just because you have players doesn’t mean they are ready for the first team.

‘You also have the integrity of the league, that is important. We had eight fit senior players and it’s not as if I’m someone who doesn’t play young players.

‘If I don’t put them in it’s because I don’t think they are ready from a football perspective or mental aspect to cope with it. The last thing I want to do is curtail a career. In the modern game you get judged on an appearance.’