Jamie Doran rose to fame on The Bachelorette with Angie Kent back in 2019, before going on to appear on the Bachelor In Paradise.

And now, some fans may not recognise the 41-year-old reality TV star.

On Saturday, Jamie looked unrecognisable as he debuted his new pink and black mohawk haircut. 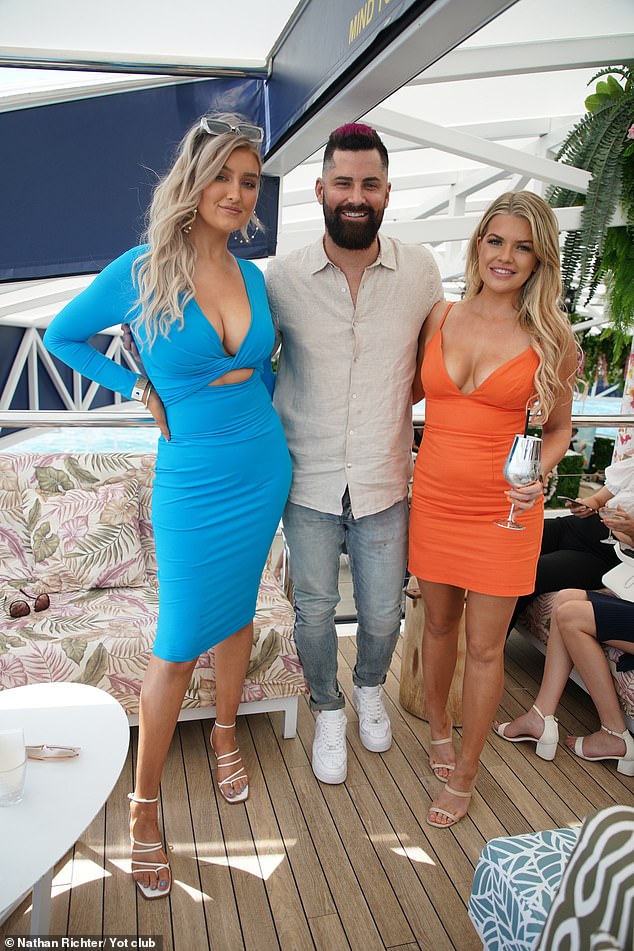 The handsome hunk was seen posing alongside Kaitlyn Hoppe and Rosemary Sawtell, who both appeared on Locky Gilbert’s season of The Bachelor last year.

Jamie also sported his new dark beard, looking completely different to how fans have seen him on TV.

During his TV stints, Jamie has usually been clean shaven. 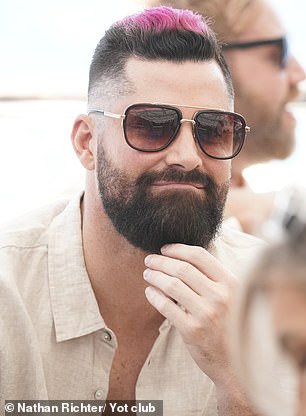 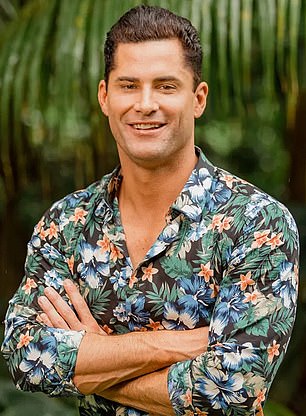 Mixing it up: Jamie sported his new dark beard (left) and a pink mohawk haircut looking completely different to how fans have seen him on TV (right) 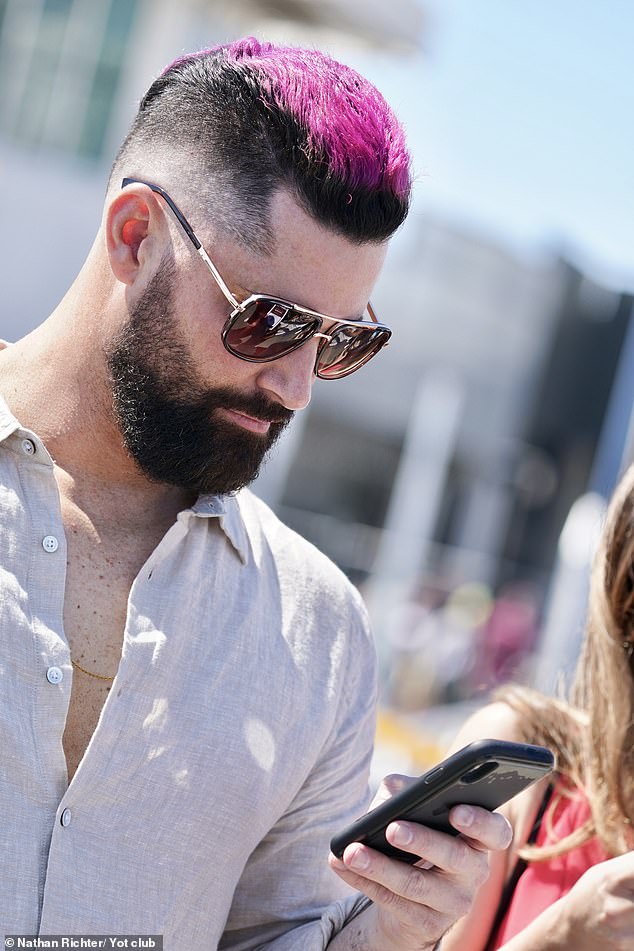 New look! Jamie also sported his new dark beard, looking completely different to how fans have seen him on TV

He was casually dressed in a grey button up shirt which he teamed up with a pair of blue jeans and designer sunglasses.

The sighting comes just days after Jamie let slip that he was approached by casting agents to appear on the new season of Married At First Sight, but rejected the offer.

‘I’m a casting producer for Married At First Sight. I am casting this years and am just wondering if you are still looking for love and would be interested in applying for this year,’ the message read. 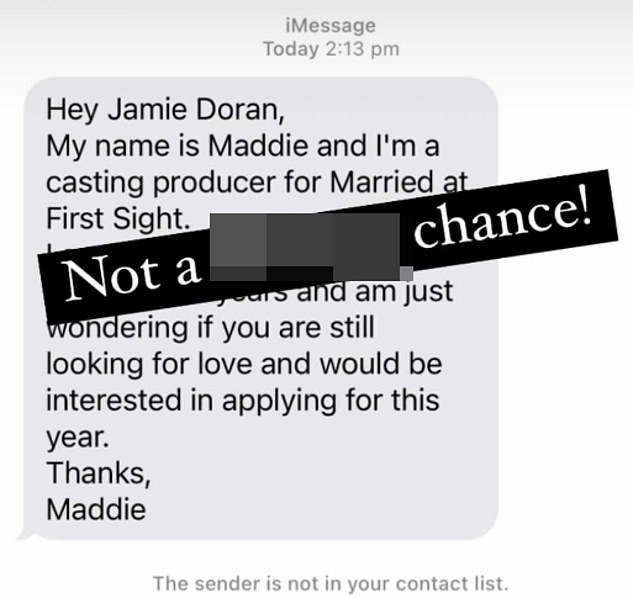 ‘Not a f**king chance!’ Earlier this month, Jamie revealed that he brutally turned down an offer which appeared to be from a Married At First Sight casting agent

‘Not a f**king chance,’ he brutally wrote over a screenshot, before sharing it to his Instagram.

Jamie has since told Daily Mail Australia that MAFS producers shouldn’t take his response too personally, he’s just not up for returning to reality TV again.

‘I’m done with reality TV. There’s none I would say yes to. I’m also still in a lawsuit against Warner Bros,’ he said. 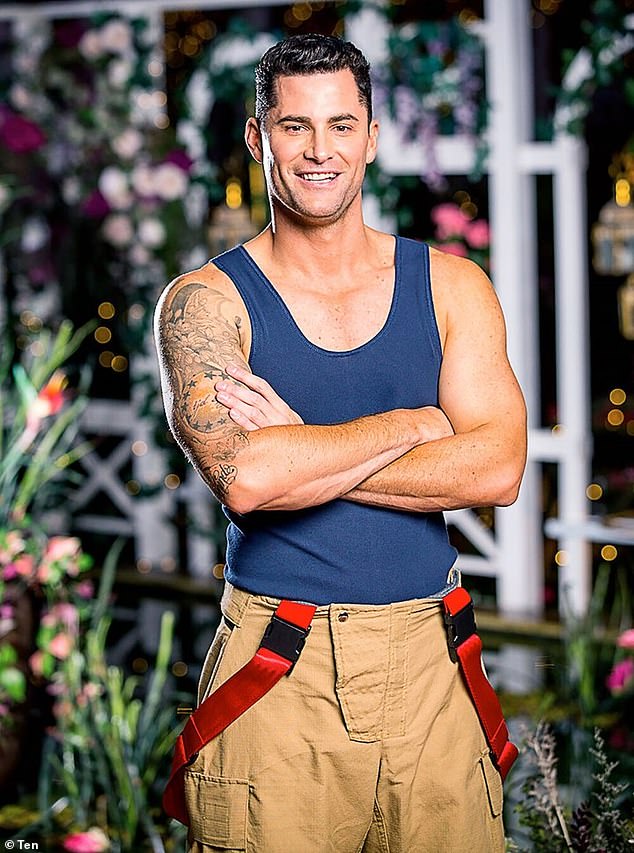 Remember me? Jamie rose to fame as the ‘stage-five clinger’ on Angie Kent’s season of The Bachelorette