Jennifer Lopez adopted a business look this weekend with a sharp blazer over a bow tie blouse and over-the-knee skirt with her hair back.

The event was held at The Lit. Bar on Sunday in New York City. 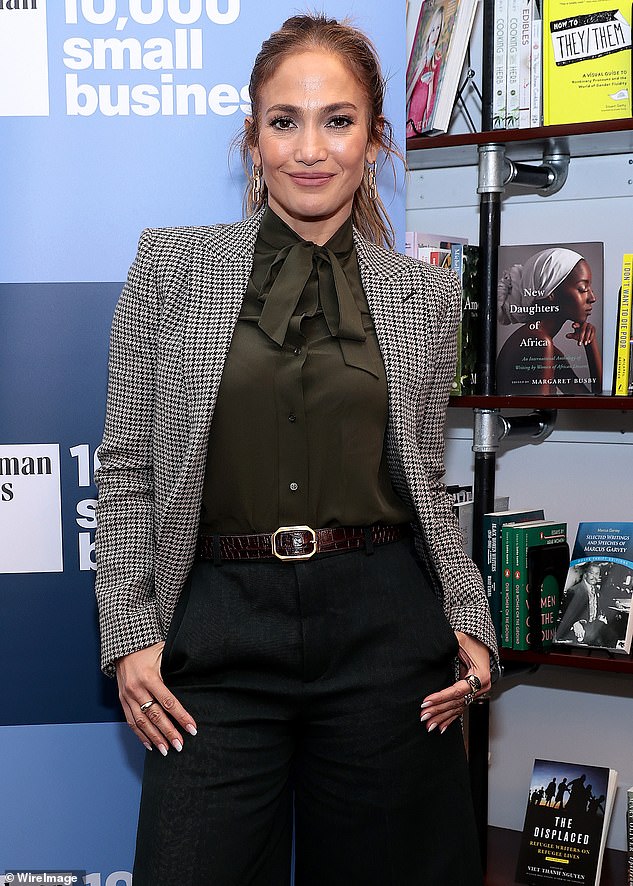 Biz look 101: Jennifer Lopez adopted a business look this weekend with a sharp blazer over a bow tie blouse and over-the-knee skirt with her hair back 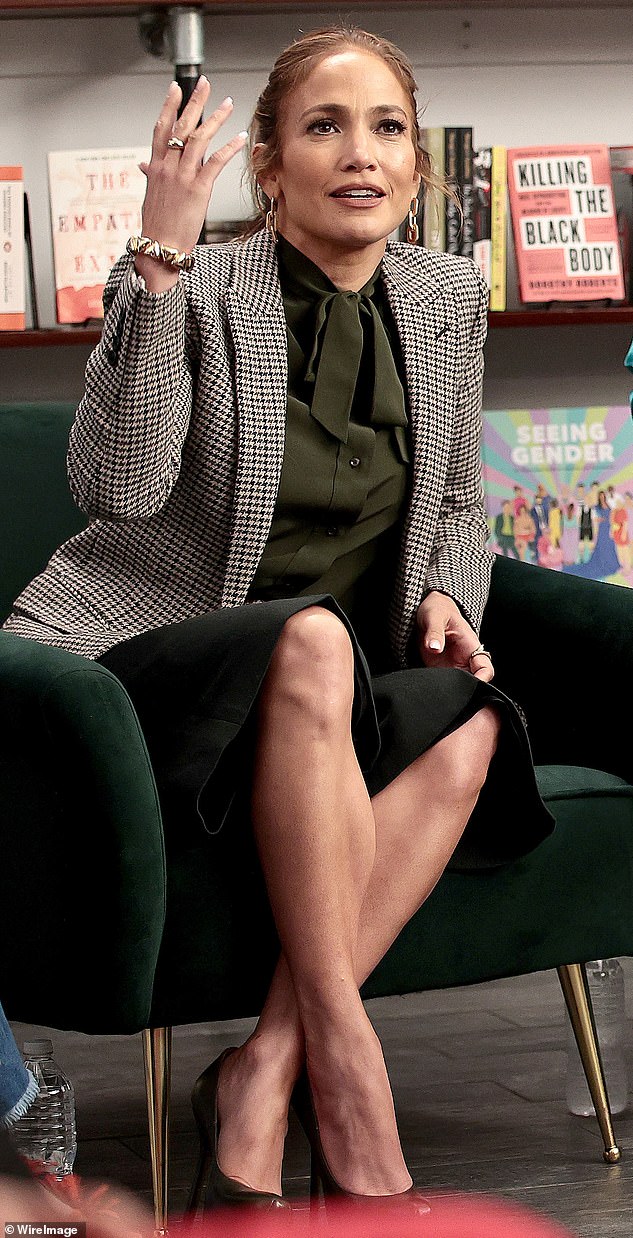 All ears on her: The beauty attended the Jennifer Lopez and Goldman Sachs 10,000 Small Businesses event to celebrate National Hispanic Heritage Month with Latina business owners

According to TMZ, the Jenny From the Block songstress visited the establishment for the beginning of National Hispanic Heritage Month, as she has a new program called Limitless Labs that promotes Latinas in business.

This comes after she was seen with beau Ben Affleck during their Italian getaway over the weekend for the film festival.

The power couple at the film festival had made their first red carpet walk in more than 18 years as they attended a screening of Affleck’s The Last Duel, as they had made their last walk during the debut of their panned film Gigli back in 2003. 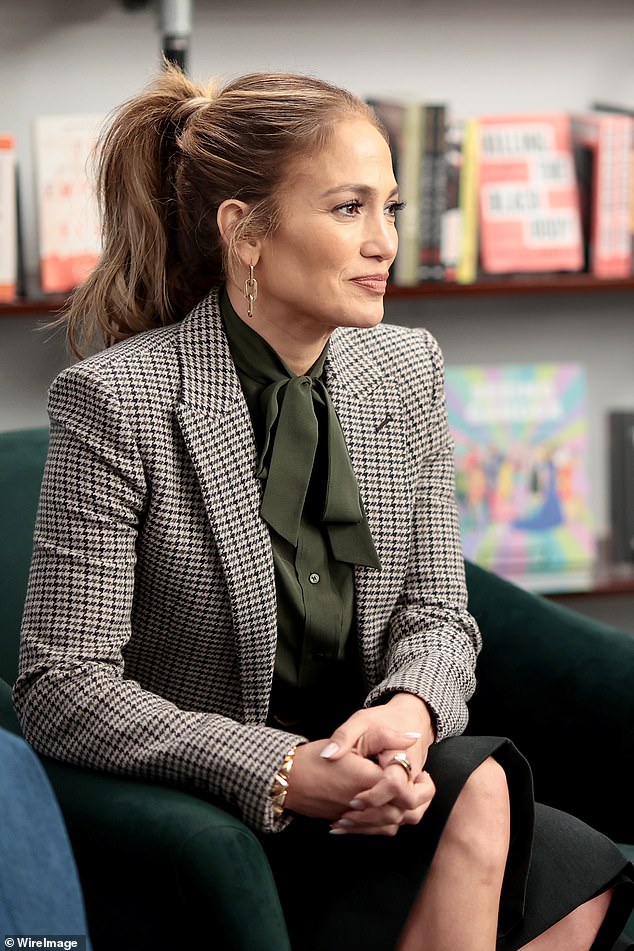 Doing good: The Hustlers star was in the Bronx earlier Sunday, stopping by a bookstore called the Lit Bar 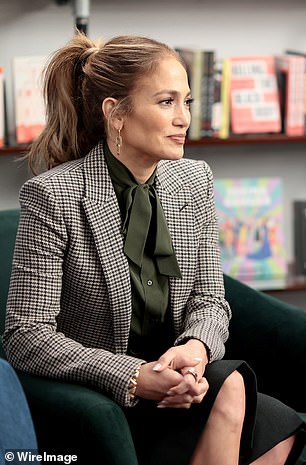 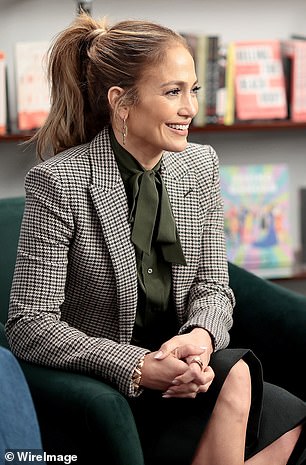 Attentive: J-Lo sported a smile on her face as she chatted with the other attendees

Also on Sunday, Affleck pushed away a fan who tried to get too close to Lopez.

The 49-year-old actor stepped up to block an unmasked man who was trying to take selfies with the Hustlers star at Marco Polo International Airport in Venice, Italy.

The 52-year-old singer-and-actress was seen in pictures stepping back amid the chaos while her boyfriend moved him out of their path before their bodyguard approached closer.

The security guard grabbed the fan’s wrists and pushed him further away from the couple before the pair held hands and continued to make their way through the airport, avoiding eye contact with other onlookers.

Meanwhile, it was recently claimed the couple are planning to temporarily move to Texas together as Ben is due to film his new thriller ‘Hypnotic’ in Austin and they don’t want to be apart for too long. 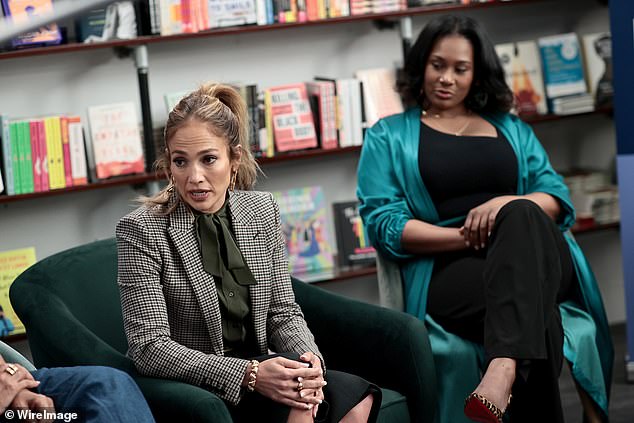 Chatting up a storm: Jennifer added her two cents at the event that focused on women 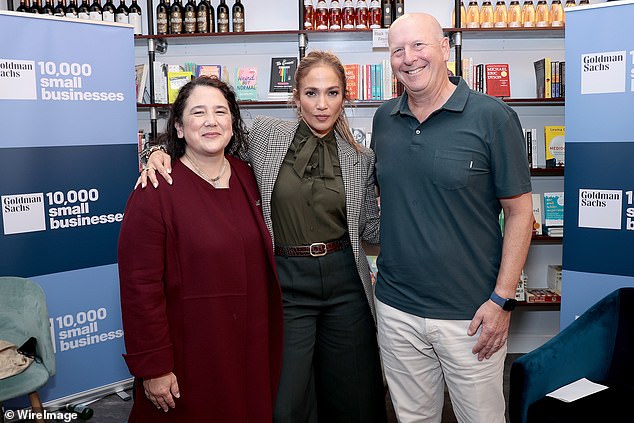 With her pals: Lopez, pictured with Casillas Guzman and David Solomon, has a new program called Limitless Labs that promotes Latinas in business 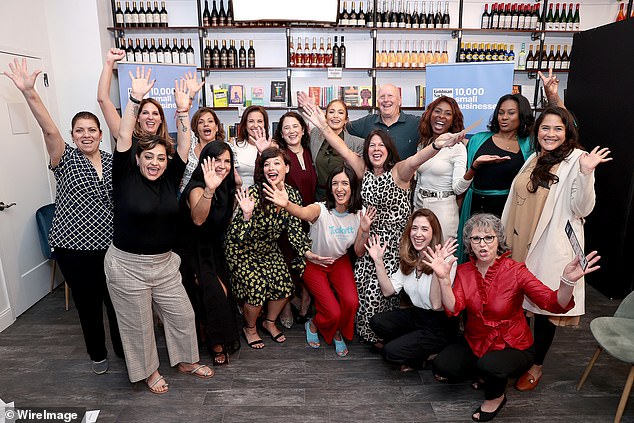 A group hello: Lopez posed with the Goldman Sachs team at the event

However, the ‘On the Floor’ hitmaker – who has children Max and Emme, 13, with ex-husband Marc Anthony – won’t be in Texas for the full duration of Ben’s filming as she has her own work commitments that require her to be in Los Angeles, California.

Although only temporary, their living arrangements in Texas will be a good test for the loved-up pair – who rekindled their relationship earlier this year – as they are set to move in together indefinitely later this year after spending the last few weeks house-hunting in Southern California.

Last month, Jennifer and the Justice League actor – who has Violet, 15, Seraphina, 12, and nine-year-old Samuel with ex-wife Jennifer Garner – were spotted looking at a 12-bedroom, 24-bathroom Beverly Hills mansion, which is listed on the market for $85 million, that boasts an indoor sports complex with a basketball court and boxing ring, a massive pool, as well as a guest penthouse and a caretaker’s house.

They then reportedly drove over the hill to the San Fernando Valley where they viewed the late Bob Hope’s former estate, which is currently owned by Ron Burkle and priced at $40 million. The luxury abode is set in five acres of grounds and even has its own golf course. 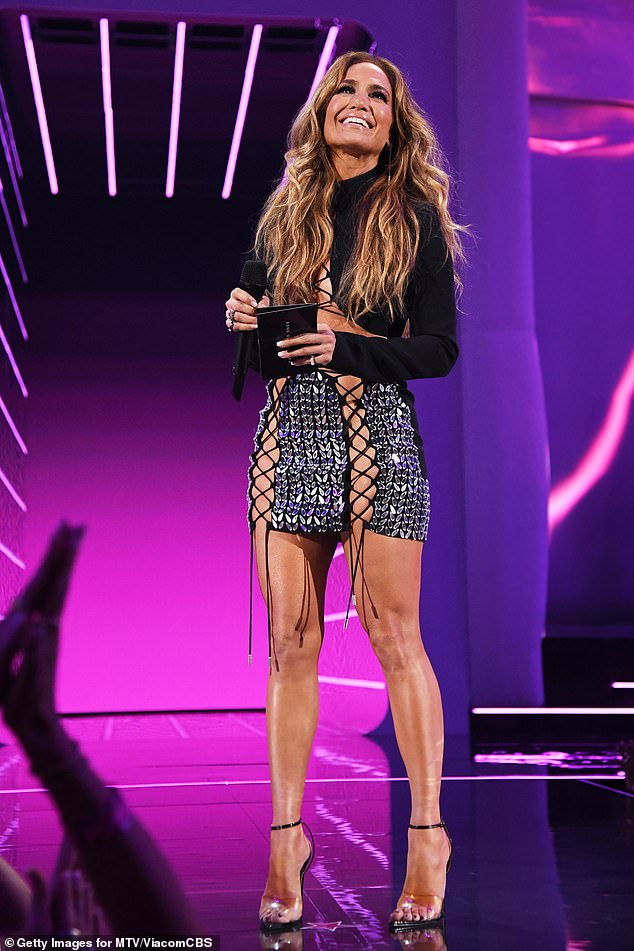 Stunning: J.Lo made an appearance at the MTV VMAs on Sunday night