John Lewis’s new home insurance ad starring as Stevie Nicks-loving boy in a dress has predictably been accused of ‘agenda-pushing’ and sexism.

The department store dropped its ad for its home insurance earlier this week, with the ad airing during the breaks of Great British Bake Off on Channel 4.

However, now it’s hit Twitter, and the ad has been targeted with backlash.

The commercial sees a young boy dressed rather fabulously dressed in his mother’s make-up, dress, jewellery and heels, gallivanting around the house while Stevie Nicks’ Edge of Seventeen plays.

However, while he struts around like a rock star, he smears paint on the walls, kicks shoes at lamps, throws an umbrella at a vase, spills a glass and throws glitter into the air.

While we’re sure this situation is recognisable to many parents, others were extremely critical of the ad, saying it depicted ‘male entitlement’ and ‘gender extremism’.

The video was shared by a Twitter account with the caption: ‘New John Lewis Advert. Anything unusual or agenda pushing about it?’, and soon, critical tweets about the ad began popping up.

The sexism and sometimes violence that seeps into relationships between sisters and brothers – encouraged by adults who indulge boys while demanding meekness from girls – isn’t discussed enough. I’d hope at least that stupid John Lewis advert can be a starting point.

Decided to reinterpret it. Itâs a feminist comment on a certain social movement. Yep. #terfclub

Karen Ingala Smith tweeted: ‘Watched the John Lewis advert that people are talking about. Looks like male entitlement in a dress and make-up to me. We’ve been here before, haven’t we?

‘Decided to reinterpret it. It’s a feminist comment on a certain social movement. Yep. #terfclub.’

Actor and failed Mayor of London candidate Laurence Fox tweeted: ‘Who do @JohnLewisRetail think they are talking to with this advert? Stop forcing feeding trans grain down our gullets, to try and woken up our livers.’

Journalist Sonia Poulton wrote: ‘While attempting to jump on the queer theory bandwagon, John Lewis have created an ad that sums up the s***show really well. A sexualised and entitled child destroying things that do not belong to him.

‘The people who cannot see how this child is sexualised are the people who need to be kept away from children. People like me will always protect these kids from people like you. It’s not progressive you’re just a creep.’ 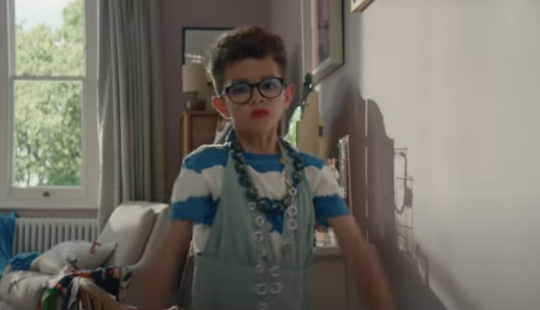 The ad shows a young boy dressing in his mum’s clothes and dancing to Stevie Nicks (Picture: John Lewis)

Others were annoyed that the boy’s sister sat quietly in the ad and that the mother sat by and watched the mess, with writer Victoria Smith tweeting: ‘The sexism and sometimes violence that seeps into relationships between sisters and brothers – encouraged by adults who indulge boys while demanding meekness from girls – isn’t discussed enough. I’d hope at least that stupid John Lewis advert can be a starting point.’

Another tweet read: ‘Well done John Lewis. You have – I assume inadvertently- captured the pure essence of what is making so many uneasy. The manifestation of pure privilege. To destroy an environment, secure in the knowledge someone else will have to pick it all up after you’, while another person wrote: ‘No, @JohnLewisRetail: parents should not “let life happen” when a boy is wrecking a home. He gets no free pass just for wearing a dress & make-up & daubing gender extremism colours on his cheeks. Stop promoting harmful ideology & antisocial behaviour.’

On the ad’s YouTube link, one disgruntled viewer accused John Lewis of ‘ramming an agenda down our throats’.

Some others seemed furious that the ad appeared to suggest a child making a mess in the home would be covered by home insurance, noting that John Lewis’s accidental damage cover ‘means sudden, unexpected and visible damage which has not been caused on purpose’.

However, others were very supportive of the ad, and suggested the real reason everybody was angry was that the star of the ad was a boy in a dress.

Max Morgan tweeted: ‘All kinds of convoluted mental gymnastics occurring as people try to justify why they have a problem with the John Lewis ad, but it’s all bulls***.

‘It’s literally just this: a boy behaves in a way that’s not stereotypically masculine and they all lose their narrow little minds.’

Another person noted that in 2015, John Lewis’s home insurance ad featured a little girl and aspiring ballerina on the cusp of breaking household items as she danced around the house to Elton John’s Tiny Dancer, and tweeted: ‘Everyone mad about the john lewis advert, saying how it features a ‘wreckless, spoilt, sexualised’ boy damaging the house, not realising its a copy of their 2015 advert featuring a girl doing the same ..so your real issue is he’s having fun in a dress, isn’t it?’ 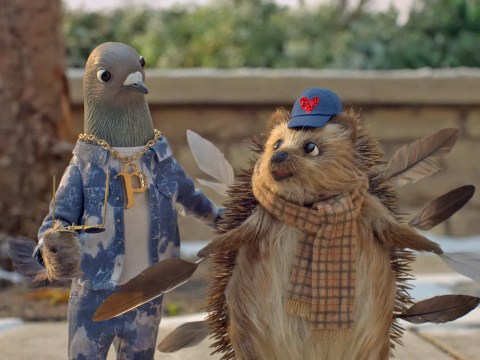 When will the John Lewis Christmas advert be released? 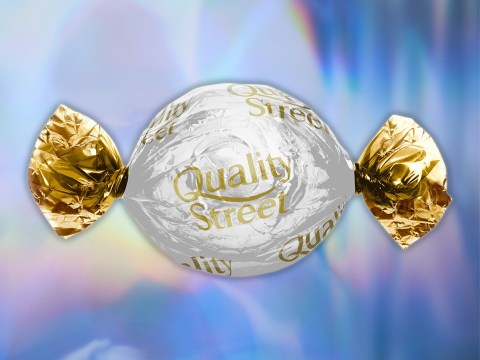 John Lewis has defended the ad, with a tweet from its official account reading: ‘Although many children do dress up and dance around their homes the advert is a dramatic, fictional story created to entertain. We hope our customers will appreciate this ad in the spirit it was intended.’

Whatever the reaction, it seems the other star of the ad – Stevie Nicks – is a fan.

The Fleetwood Mac legend shared the ad on Twitter and wrote: ‘Love this! #EdgeOfSeventeen.’