She gave birth to her second child with husband Josh Brolin on Christmas Day.

And on Wednesday, Kathryn Brolin posted a mirror selfie to Instagram in which she posed with infant daughter Chapel Grace in a sling on her tummy.

The snap was taken in a very ornate full-length mirror in a living room with striped wallpaper and wood floors. 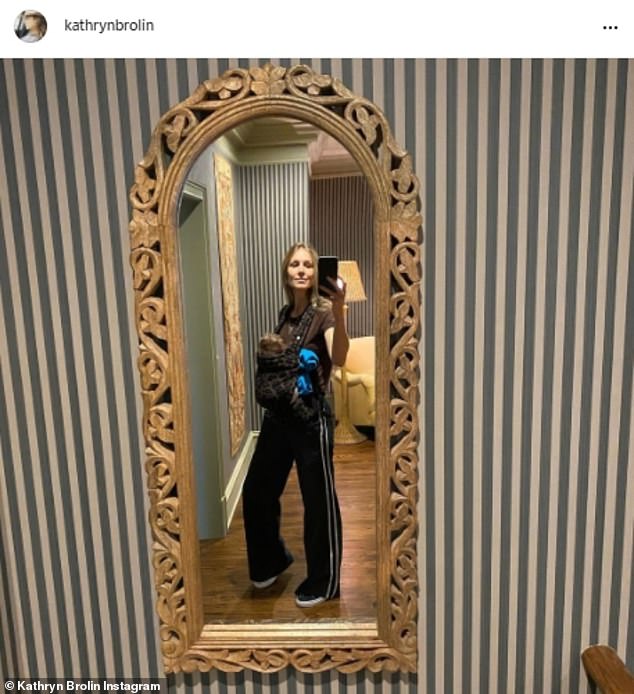 Proud mom: Brolin’s wife Kathryn posed for selfie in front of a very ornate full-length mirror on Wednesday, with her baby daughter Chapel Grace in a sling on her tummy

The 33-year-old, who is the 52-year-old actor’s third wife, was dressed in a black t-shirt and black tracksuit bottoms.

Her long blonde hair was loose and she wore black trainers.

Kathryn and Josh, who married in 2016, are also parents to two-year-old daughter Westlyn.

The couple had announced they were expecting again back in July and they moved from Los Angeles to Georgia to be close to Kathryn’s mom.

They now live in a multi-million dollar mansion in the Atlanta suburbs. 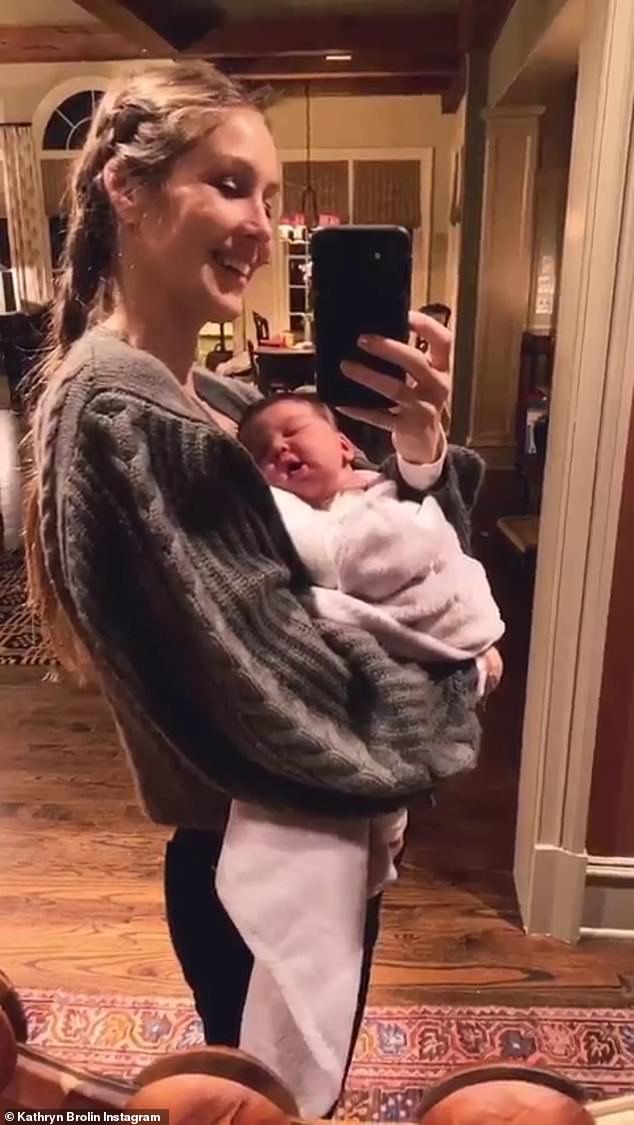 Home: Kathryn, 33, who used to be the actor’s assistant, returned to her native Atlanta ahead of her second child’s birth and the couple now reside in a multi-million dollar mansion there 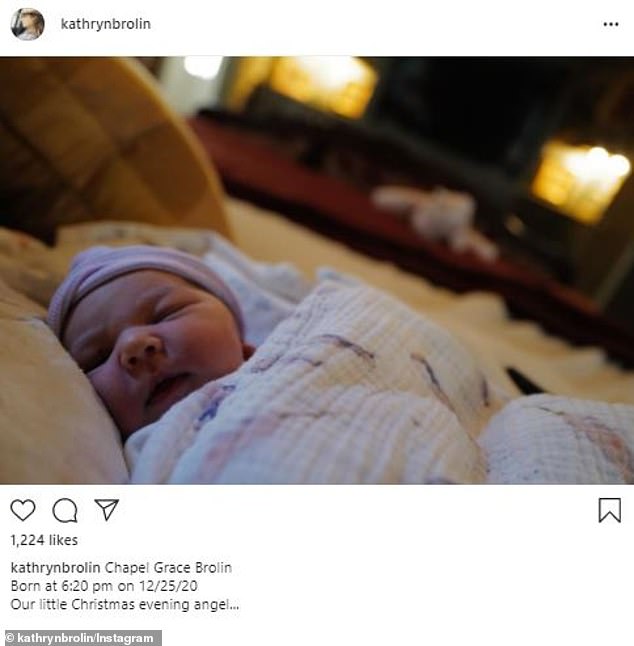 Big announcement: On December 27, the Brolins shared the news of their daughter’s arrival. They are also parents to two-year-old daughter Westlyn

And while Chapel Grace was a Christmas baby, they waited until December 27 to show her off to the world.

‘Born at 6:20 pm on 12/25/20. Our little Christmas evening angel…Chapel Grace Brolin,’ Kathryn posted to her Instagram.

Brolin is the son of actor James Brolin, who is married to superstar Barbra Streisand.

His most recent big screen credits include Avengers: Endgame, Sicario: Day of the Soldado and Deadpool 2.

He is also dad to two adult children from his first marriage to actress Alice Adair. 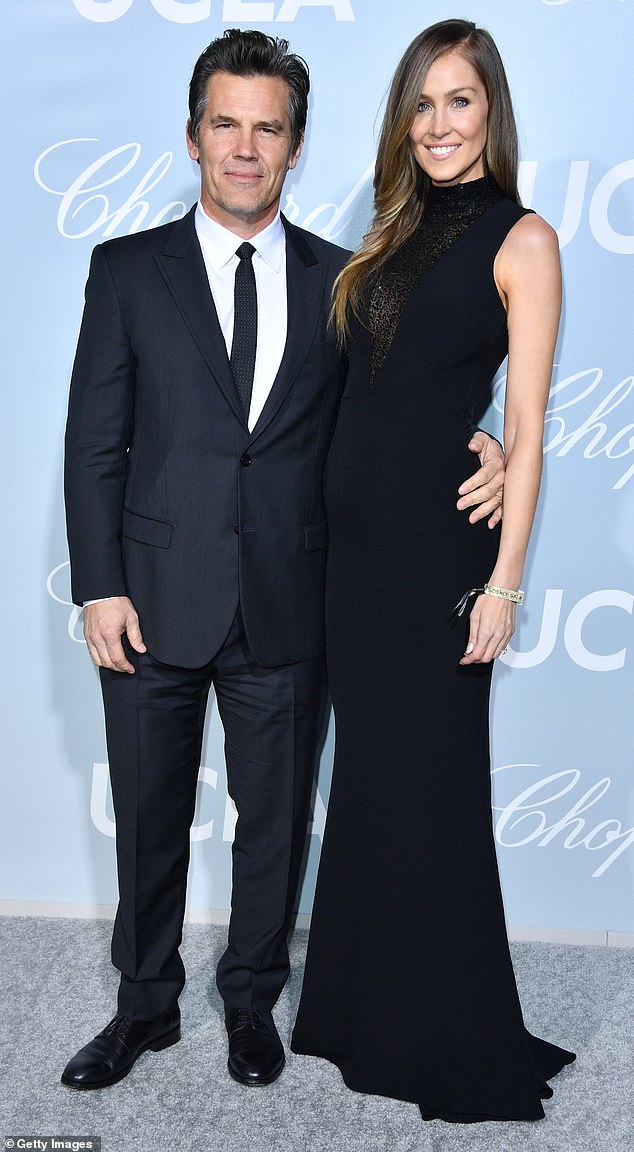 Couple: Josh and Kathryn, pictured in 2019, tied the knot in 2016. It’s the third marriage for the Hollywood star, who has two adult children with ex Alice Adair,  and the first for his wife