Derek Hough’s recent COVID-19 diagnosis threw a wrench into the finals of Dancing With the Stars but luckily his sister will step in for him as a judge.

Julianne Hough will pinch hit in tonight’s season 30 finale of DWTS as her brother remains in quarantine, ET reported Monday.

Despite her late arrival into the season, Hough is more than capable of helping to choose this year’s winner of the coveted Mirror Ball trophy as she was previously both a judge and a two-time winner. 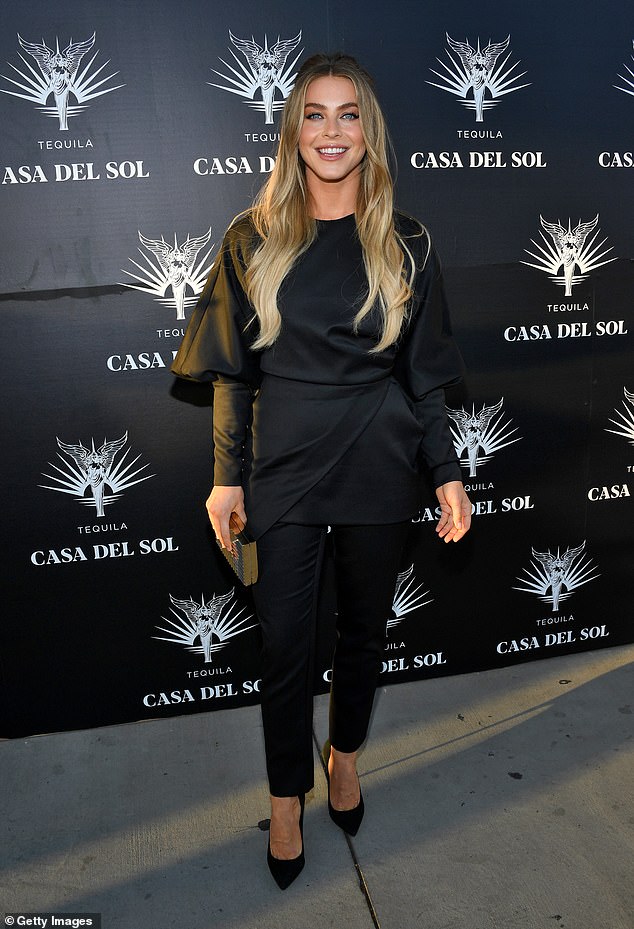 Stepping up: Julianne Hough will guest judge the season finale of DWTS in place of her brother Derek after he tested positive for COVID-19, according to ET

Several of tonight’s final contestants expressed their excitement that the 33-year-old blonde beauty will be judging the final episode of the season.

‘Julianne is the reason I started doing ballroom!’ Jenna Johnson told ET. ‘So to have her judge this finale just means the world.’

Johnson and her partner JoJo Siwa made history this year at the first same-sex partners to dance on the long-running series.

Meanwhile, Cheryl Burke (who contracted COVID earlier in the season) said: ‘I’ve known Julianne since she was 10 years old so we go way back.’ 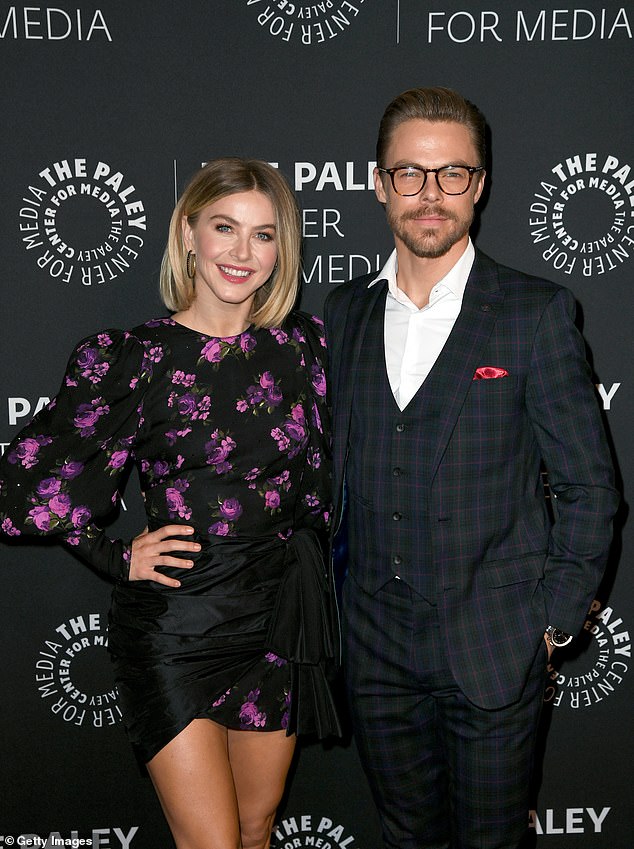 Family ties: Julianne and Derek both formerly competed as pro-dancers on DWTS and have each served as judges; Julianne is coming in clutch while Derek remains in quarantine amid his breakthrough case of COVID

‘It’s always nice to have old contestants or old pros come back on our show and judge, so she is amazing and she knows what to look for,’ she added. ‘She’s a great replacement for Derek, so I’m really excited.’

Julianne starred as one of the pro-dancers on DWTS for five seasons, winning the Mirror Ball trophy twice with partners Apollo Ohno and Hélio Castroneves. She returned to the show in 2014 to serve as a judge until departing in 2017.

In an Instagram post last Tuesday, Derek Hough revealed that he’s tested positive for a breakthrough case of COVID-19.

The 36-year-old professional dancer told fans that he’s fully vaccinated, was feeling ‘okay’ and is currently quarantining while under the advice of doctors. 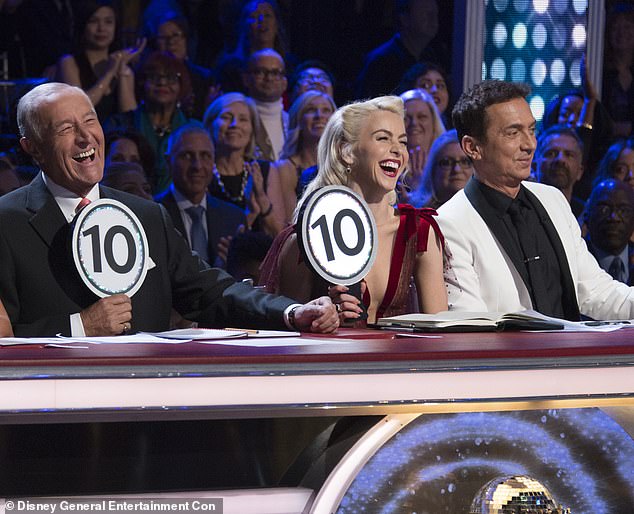 ‘It’s always nice to have old contestants or old pros come back on our show and judge, so she is amazing and she knows what to look for,’ said Cheryl Burke. ‘She’s a great replacement for Derek, so I’m really excited.’ (Julianne pictured judging in season 25)

‘Even though I’ve been fully vaccinated, I’ve just been diagnosed with a breakthrough case of COVID,’ the blond dancer told fans in a video.

‘I just found out and I feel OK. I feel strong. I’m currently taking advice from medical professionals to get better as fast as I can. I’m currently in quarantine.’

He added: ‘I’ll make sure to keep you guys all updated with what’s going on, but I just want to send my love out there to all. Stay safe.’

The DWTS judges diagnosis is not the first that the show has had to deal with this season. 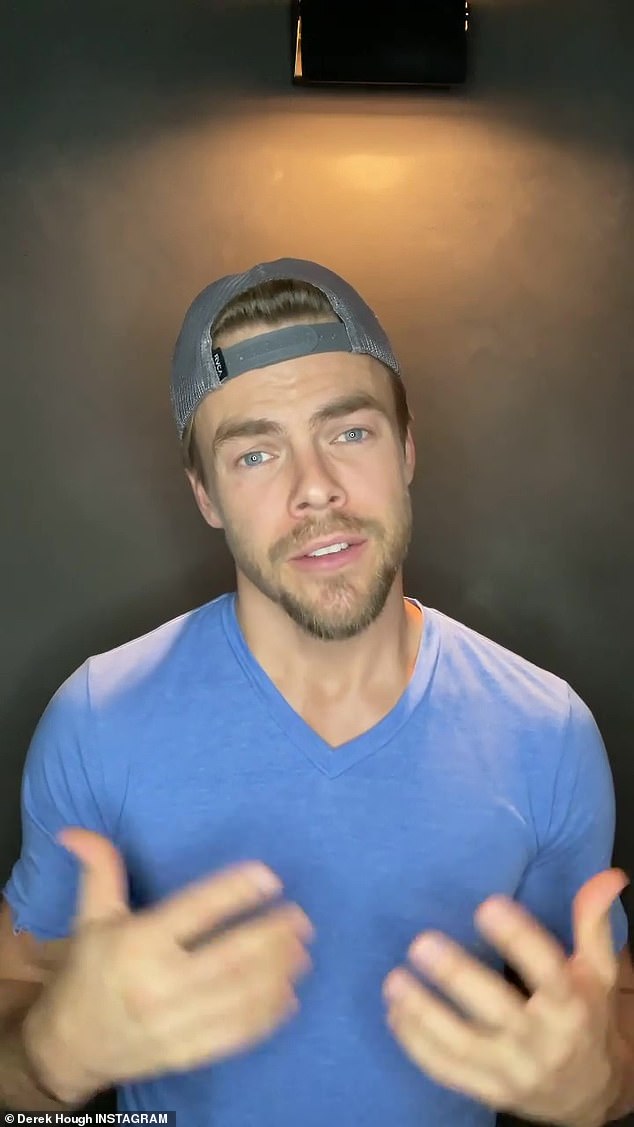 Coronavirus: Dancing With the Stars judge Derek Hough revealed last Tuesday in an Instagram post that he’d tested positive for a breakthrough case of COVID-19

They rocked the 30th season of DWTS when they broke the news of their diagnoses the first week of October.

‘I just want to let everyone know that even though my partner and I have COVID, which I feel still so bad about, I’m just so happy that we are both feeling good. We are going to still dance on Monday,’ Cheryl told GMA at the time. ‘But we’re going to do it remote, and we’re going to be doing it from the comfort of our own home.’

Rehearsing via Zoom and then performing separately from their homes, they managed to score 18 out of 30 points for their routine. 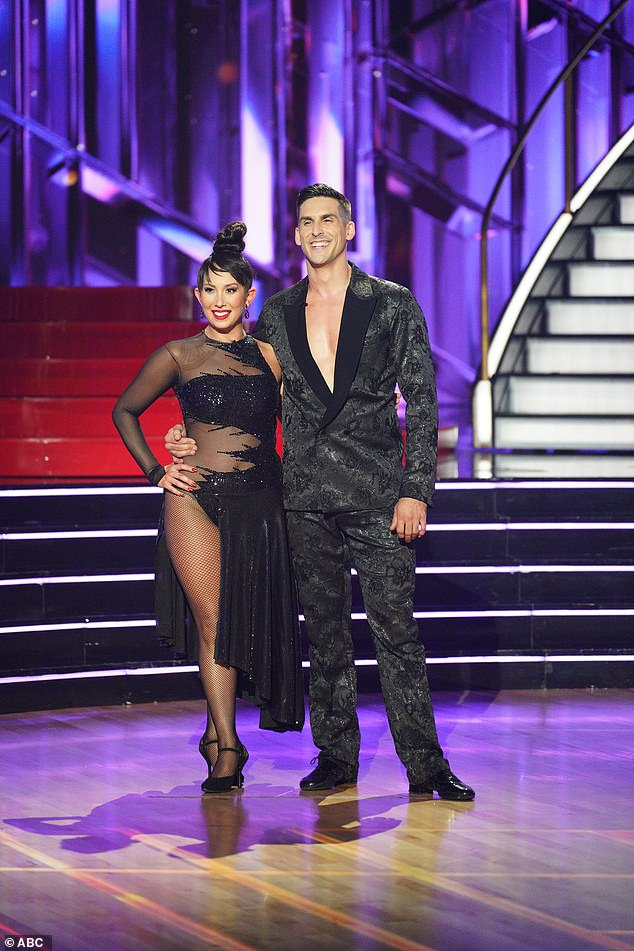 All better:  Partners Cheryl Burke and Cody Rigsby previously tested positive for breakthrough cases of COVID-19 and were forced to compete separately on Zoom

Competition is tight this year between the contestants and Cody is among the four who have advanced to next week’s season finale along with Amanda Kloots, Iman Shumpert and JoJo Siwa.

Kloots was saved by the judges on Monday after dancing a contemporary routine to her late husband Nick Cordero’s song Live Your Life.

Nick died at the age of 41 during the summer of 2020 due to complications from COVID-19.

‘To be able to put a beautiful dance to one of my husband’s songs I don’t know if there could be anything more special or meaningful to me. Let’s do this for everybody who has lost someone and for Nick,’ Amanda said while clips were shown of her and Nick as well as her and Alan rehearsing. 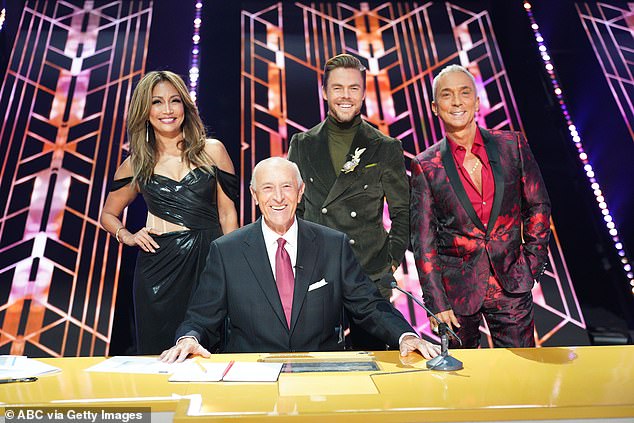 Season 30: Cody Rigsby is among the four who have advanced to Monday’s season finale along with Amanda Kloots, Iman Shumpert and JoJo Siwa