In a statement provided to Daily Mail Australia on Sunday, a network spokesperson confirmed: ‘Seven Network and Endemol Shine Australia confirm that Katie Hopkins is not part of Big Brother VIP.’

Hopkins, who recently flew to Sydney ahead of her appearance on Seven’s all-star season of Big Brother, caused mass public backlash over the weekend after claiming she’d deliberately flouted restriction rules while staying in hotel quarantine.

At 5am on Saturday, Hopkins took to Instagram live to post a speech where she ‘called out’ the lockdowns in Sydney and Melbourne.

During the video, Hopkins openly mocks the 14-day hotel quarantine rules revealing she plans to deliberately break them by opening her door completely naked and mask-free to the workers who deliver her food.

Cut: In a statement on Sunday, a network spokesperson confirmed: ‘Seven Network and Endemol Shine Australia confirm that Hopkins is not part of Big Brother VIP’

‘The police officer who checked me in told me, when they knock on my door I have to wait 30 seconds until I can open the door’ she says while breaking out into hysterics.

‘I can open the door but I can only do it in a face mask.’

The media personality revealed she has been flouting the rules by frightening workers and answering the door without waiting – while completely naked and maskless- in the hopes of provoking police.

Sparking backlash: At 5am Saturday Hopkins posted an Instagram story describing ‘a game’ where she answers her hotel quarantine room door naked and without a mask

While the controversial figure laughed off Australia’s Covid lockdown restrictions and quarantine rules, the mother-of-three claimed in 2017 that she is not ‘anti-vaccine’, saying all her children were up to date with their flu-jabs.

Despite her amusement at her own antics, which she described as ‘a game’, other travellers stuck in hotel quarantine have been outraged by her behaviour.

Posting to the closed Facebook group ‘Australians in quarantine facilities’ one user wrote:

‘This is abhorrent…some people are racing against time with the quarantine trying to get to family members. This is really cruel and sick.’

⁩’Anyone else who has just returned home like me, too ashamed to admit how ashamed I am of my own country right now?’ wrote another traveller.

‘What has happened to Aussie spirit, our heart, mates looking after mates, the Govt caring about its own people. Has it been lost over the last few years?’ 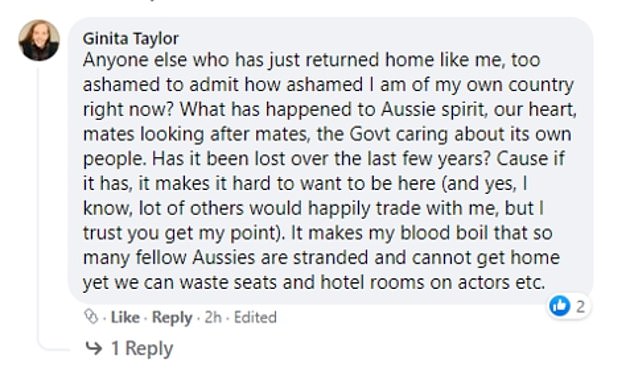 ‘…It makes my blood boil that so many fellow Aussies are stranded and cannot get home yet we can waste seats and hotel rooms on actors etc.’ The comment read.

‘She’s an absolute abhorrent, knob chop of a person. We’ll not get in to why it was deemed necessary for her to enter the country, when an Australian citizen could have had her quarantine space.’ Posted another to the group.

Ms Hopkins entry to Australia has even drawn the attention and criticism of MP’s Josh Burns and Andrew Giles. 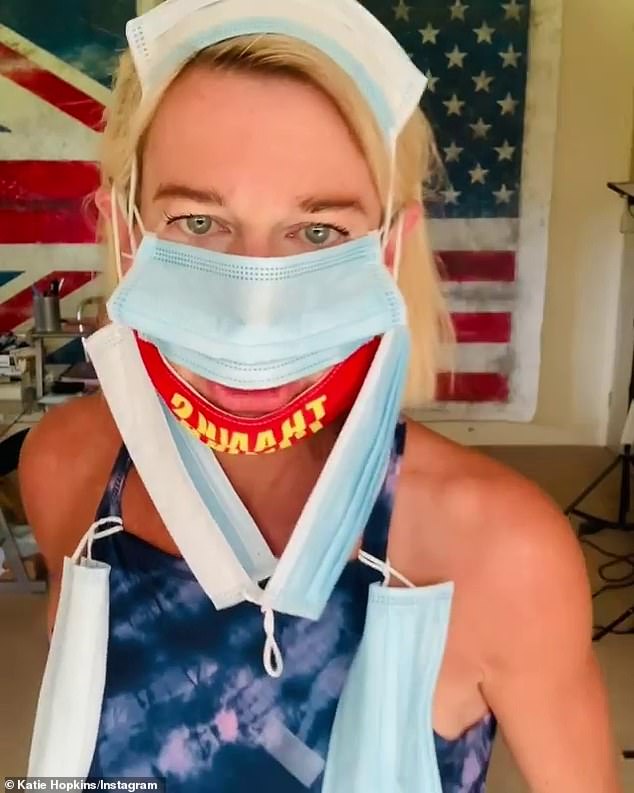 Acting Shadow Minister for Home Affairs Andrew Giles has openly criticised the Prime Minister’s decision to provide the far-right troll with a visa into the country.

‘Now that Ms Hopkins is in Australia, she has begun broadcasting from what described as ‘VIP Quarantine’, and has explained how she is opening up her hotel door naked and without a face mask in a deliberate attempt to breach hotel quarantine rules.’ Said Mr Giles.

Burns, the Federal Labor Member for Macnamara in Victoria took to Twitter to also voice his corcern, writing:

‘Why on earth have you let Katie Hopkins into Australia @ScottMorrisonMP @karenandrewsmp?’ 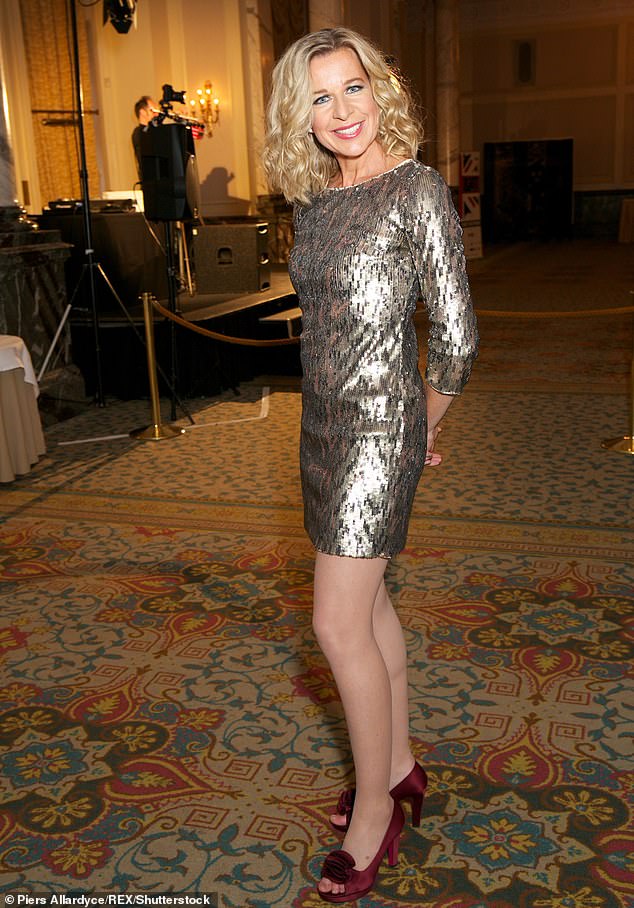 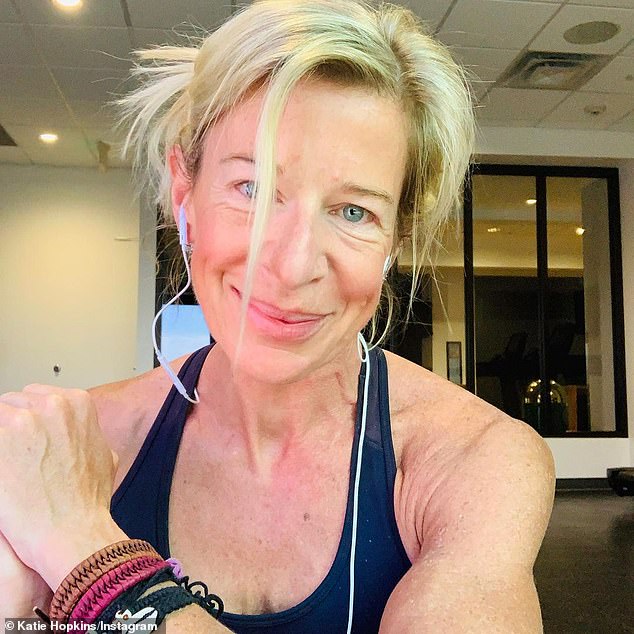 In a video uploaded to the social media platform on Friday, filmed from her hotel quarantine, Ms Hopkins described the lockdown as ‘the greatest hoax in history’

‘This is a woman who called Islam ‘disgusting’, migrants ‘cockroaches’ and called for a ‘final solution’. How does she get a visa, let alone a spot in quarantine over Australians?’

Since the suspension the media personality has taken to Instagram publishing a myriad of posts mocking lockdowns and mask mandates.

In a video uploaded to the social media platform on Friday, filmed from her hotel quarantine, Ms Hopkins described the lockdown as ‘the greatest hoax in history’.

‘In terms of hypocrisy I see that- with politicians locking people down- but I’ve never been an advocate for that,’ she said. 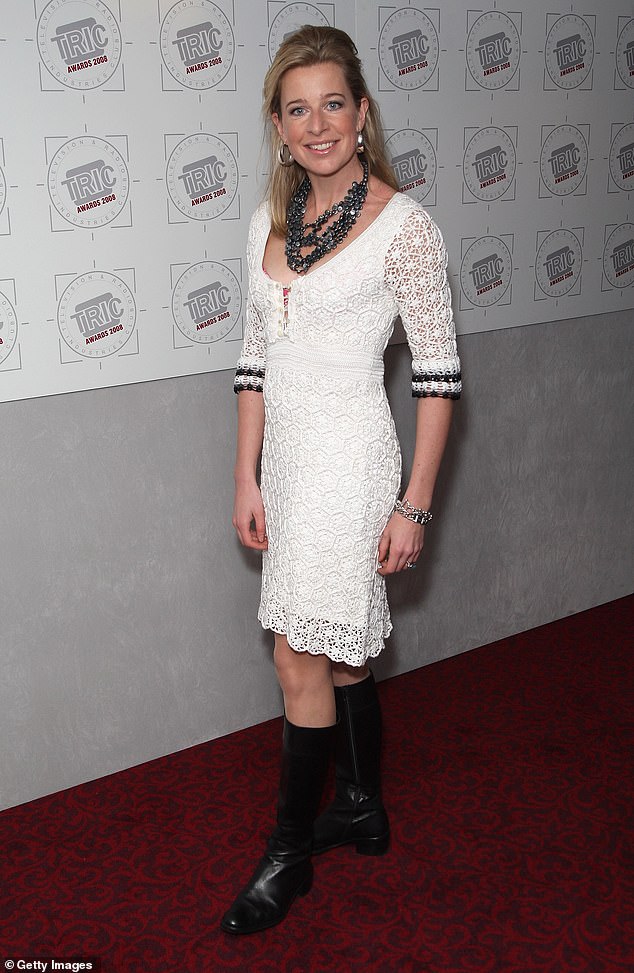 ‘In terms of hypocrisy I see that- with politicians locking people down- but I’ve never been an advocate for that,’ she said in the video