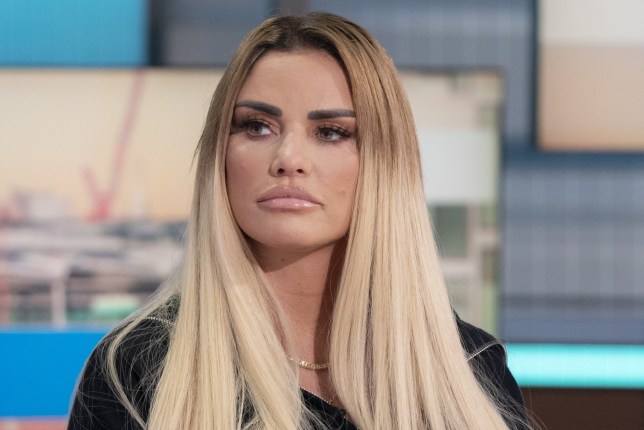 The star was reportedly involved in a single vehicle collision (Picture: Ken McKay/ITV/REX/Shutterstock)

Katie Price’s family has spoken out to express ‘concerns’ about her in the wake of the news she was arrested on suspicion of drink-driving.

The mum-of-five was taken to hospital following a single-vehicle collision near Patridge Green on Tuesday morning, according to The Sun.

Part of the statement shared to the 43-year-old’s Instagram page on Tuesday read: ‘As a family we have for some time been concerned about Kate’s wellbeing and overall mental health. Today our worst fears nearly came true.

‘As a family we have been and will continue to help Kate get the help she needs.

‘We hope that she will realise that she cannot battle her issues alone. We would kindly ask that the media and wider public give Kate the time and space she needs to seek the necessary treatment, so she can hopefully return to the Kate we know and love as a mother, daughter and sister.’

A statement from Sussex Police said: ‘Police responded to reports of a single-vehicle collision on the B2135 near Partridge Green around 6.20am on Tuesday (September 28).

‘A woman, 43, was arrested on suspicion of driving while above the legal limit for alcohol and drugs, and has been taken to hospital to be checked over.

‘The road was blocked temporarily while recovery of the vehicle was arranged.’

Paramedics attended the scene, and confirmed one person was taken to hospital.

A South East Ambulance Service spokesman said: ‘I can confirm we were called at approximately 6.30am to reports of an RTC on the B2135 at Partridge Green.

‘One ambulance crew attended the scene and one person was assessed and treated before being taken to hospital.’

A tweet shared by the @SussexIncidents account showed a picture posted by a police officer for Sussex Police shortly before 8am on Tuesday showed a car rolled on its side in West Grinstead in Sussex.

Katie’s family are ‘concerned’ for the mother-of-five (Picture: Backgrid)

The mother-of-five was hit with a two-year driving ban in October 2019 for withholding the identity of the driver of her pink Range Rover during a crash in Bexley in November 2018, with the ban later being reduced to 18 months on appeal.

She previously spoke about how the driving ban made it difficult to make visits to her 18-year-old son Harvey.

She said on Good Morning Britain: ‘Harvey’s in Cheltenham now. He keeps ringing me saying, “Mummy I miss you, I need kisses and cuddles”

‘So it is quite hard because obviously I don’t get my licence back till December, so I can’t just whizz in the car there, and it’s not close.’

MORE : James Bond star Daniel Craig on 007 legacy as No Time To Die premieres: ‘I’m never not going to think about Bond’