Keeley Hazell put on a busty display on Thursday evening as she left London hotspot Annabel’s alongside David Walliams, after the pair enjoyed the evening at Elton John’s AIDS charity dinner.

The model and actress, 35, made quite an exit in the plunging black mini dress that revealed her ample assets after attending the event at swanky members’ club Annabel’s – which is loved by the stars.

The mini number also flashed her toned legs and was cinched in at the waist with an in-built belt that showed off her gorgeous curves. 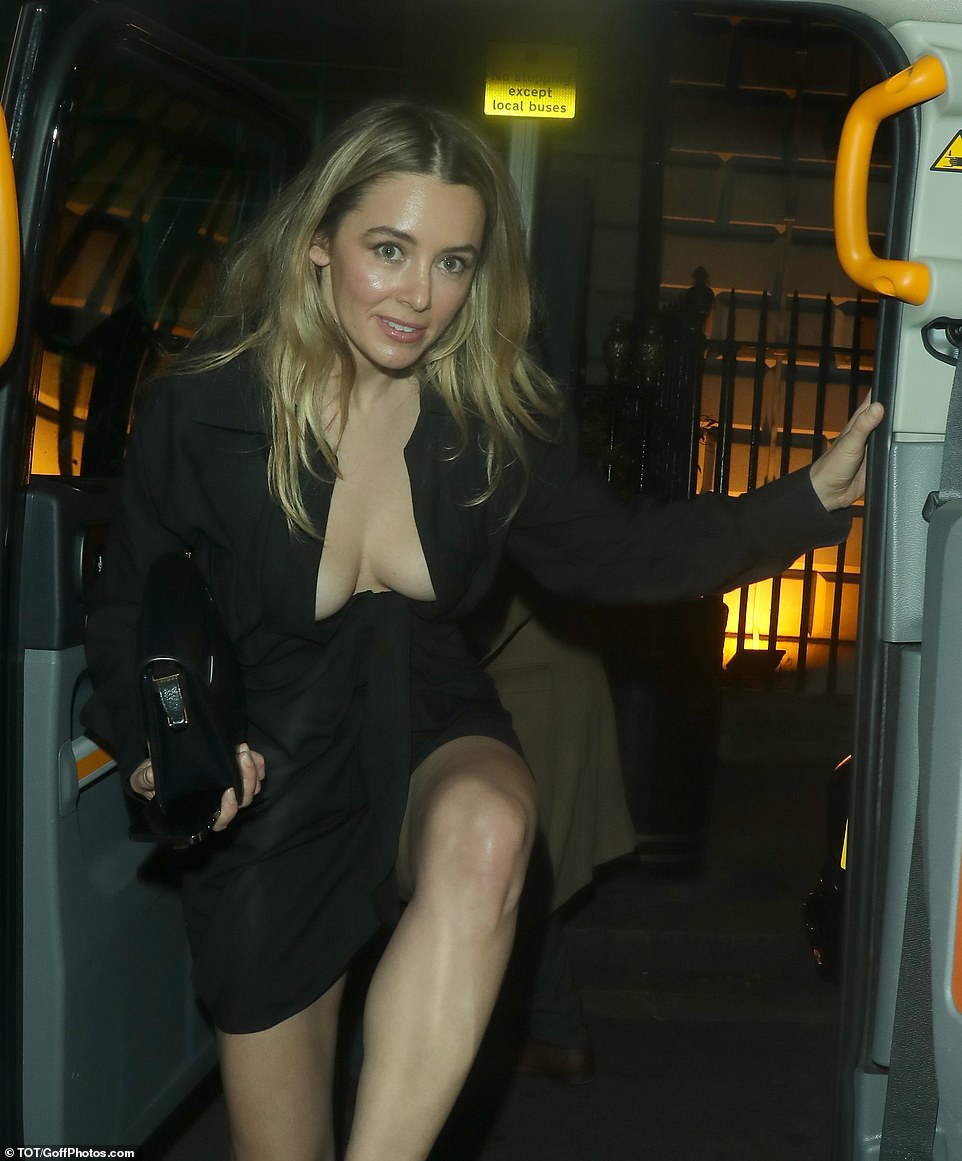 Busty: Keeley Hazell flaunted her assets in a plunging dress as she left swanky members’ club Annabel’s in London alongside David Walliams on Thursday evening 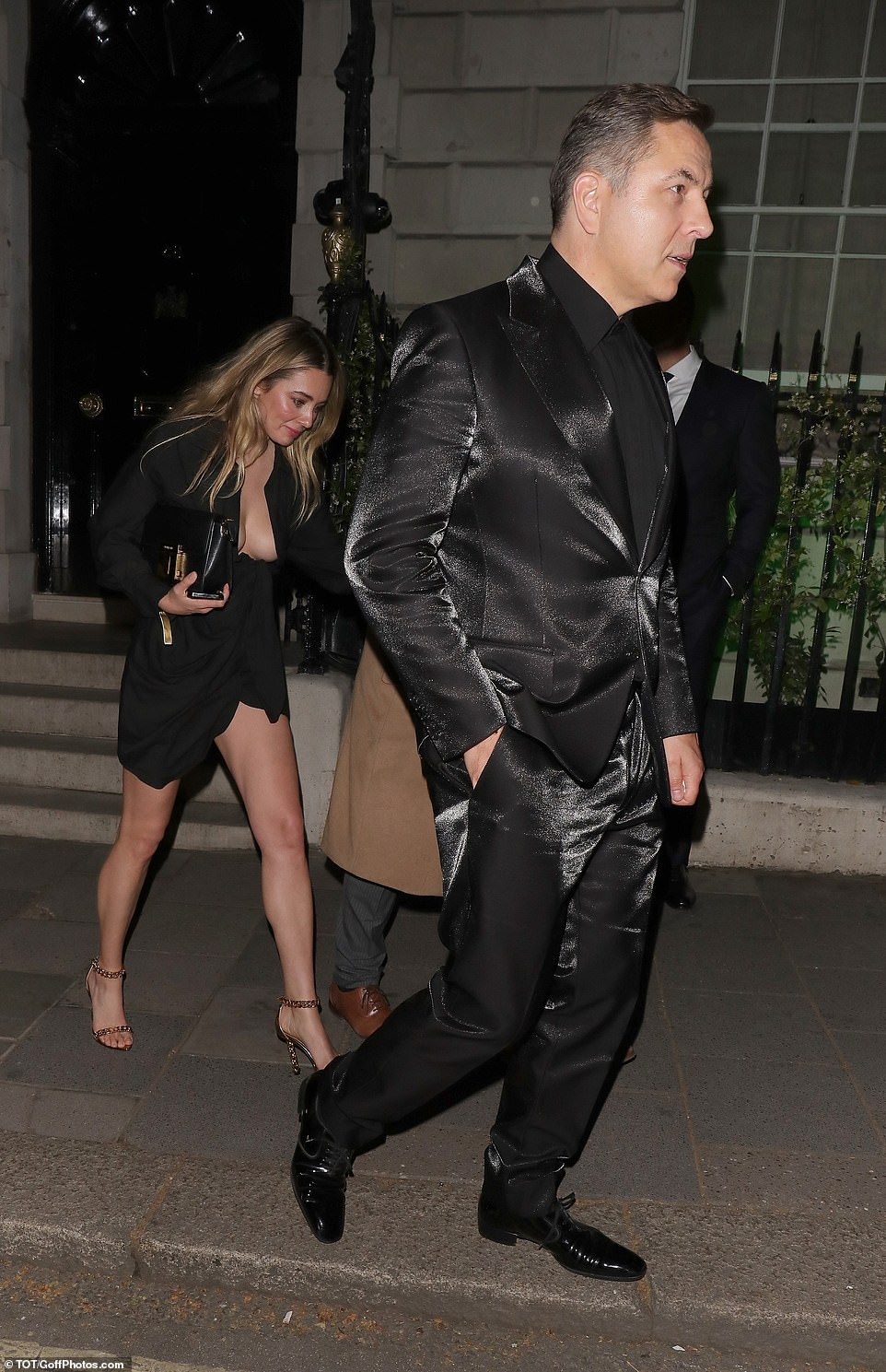 Night out: The pair were attending Elton John’s AIDS charity dinner at the celeb hotspot

She completed the look with strappy gold heels and toted a classic black clutch bag for the night out.

Keeley wore her blonde tresses in bouncy waves and opted for a typically glamorous makeup look while beaming for the cameras. 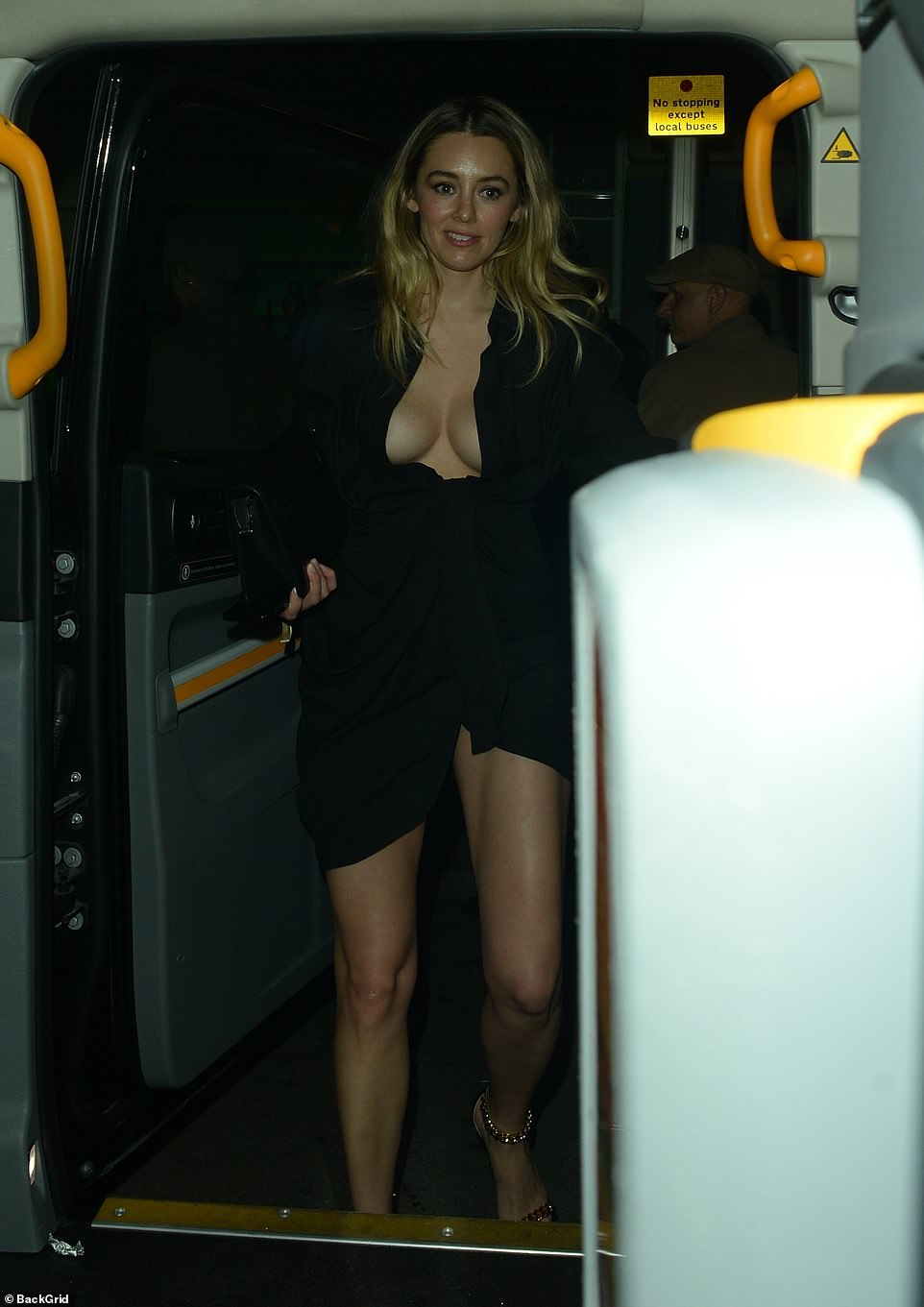 Gorgeous: The model and actress made quite an exit in the plunging black mini dress that revealed her ample assets 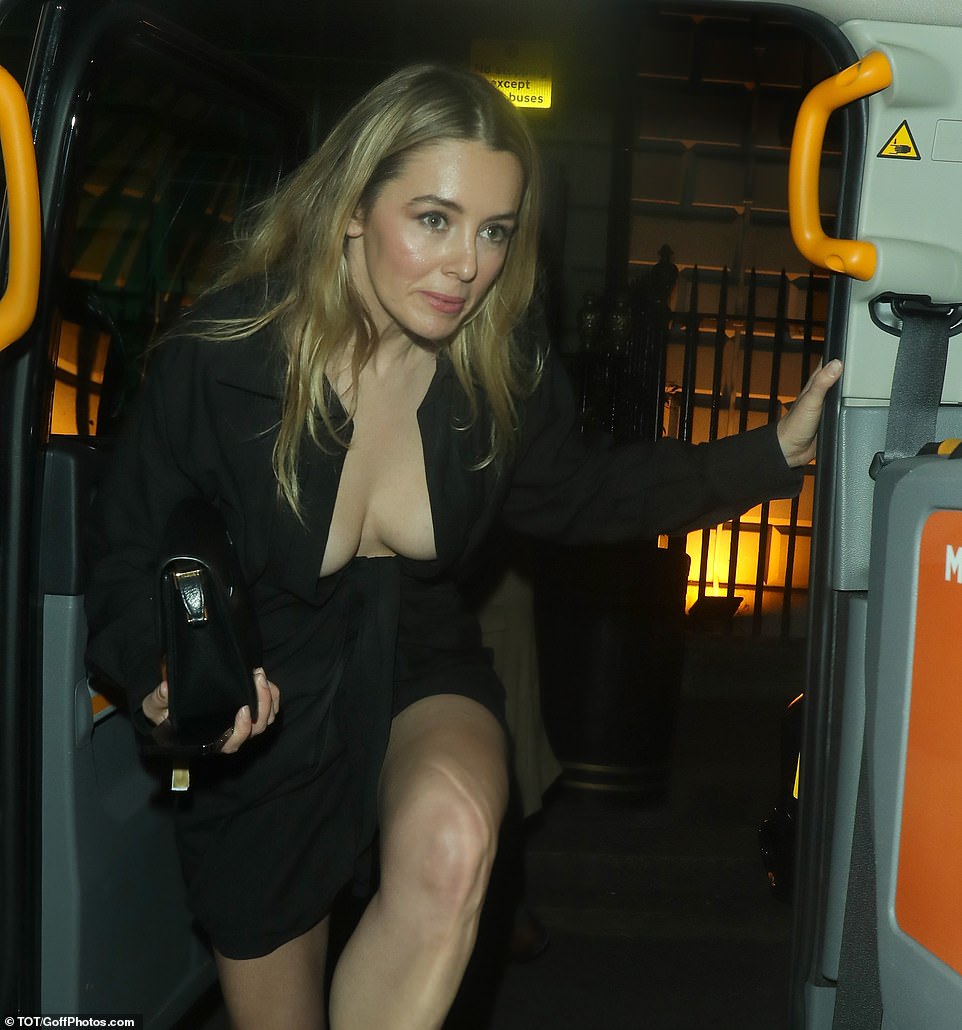 Details: The mini number also flashed her toned legs and was cinched in at the waist with an in-built belt that showed off her gorgeous curves

The Britain’s Got Talent judge added black suit shoes to his suave look, as he exited alongside Keeley.

The pair then headed home by taxi, as Keeley was snapped climbing into the back of a black cab.

David took his seat as a front passenger, while an adorable pup peeped through from the backseat of his car.

The Elton John AIDS Foundation is a nonprofit organisation, established by the musician, 75, in 1993 in the UK to support innovative HIV prevention, education programs, direct care and support services to people living with HIV.

The charity evening raised an incredible £2.3million on the night. All funds raised throughout the evening will support the Foundation’s network of partners across four continents to challenge discrimination, prevent HIV infections and provide treatment, as well as influencing governments to end AIDS.

The venue’s environment ensured for a glamorous and unforgettable night for the charity gala, with the evening also celebrating the Caring Family Foundation’s mission to support vulnerable families and individuals.

Accessories: She completed the look with strappy gold heels and toted a classic black clutch bag for the night out 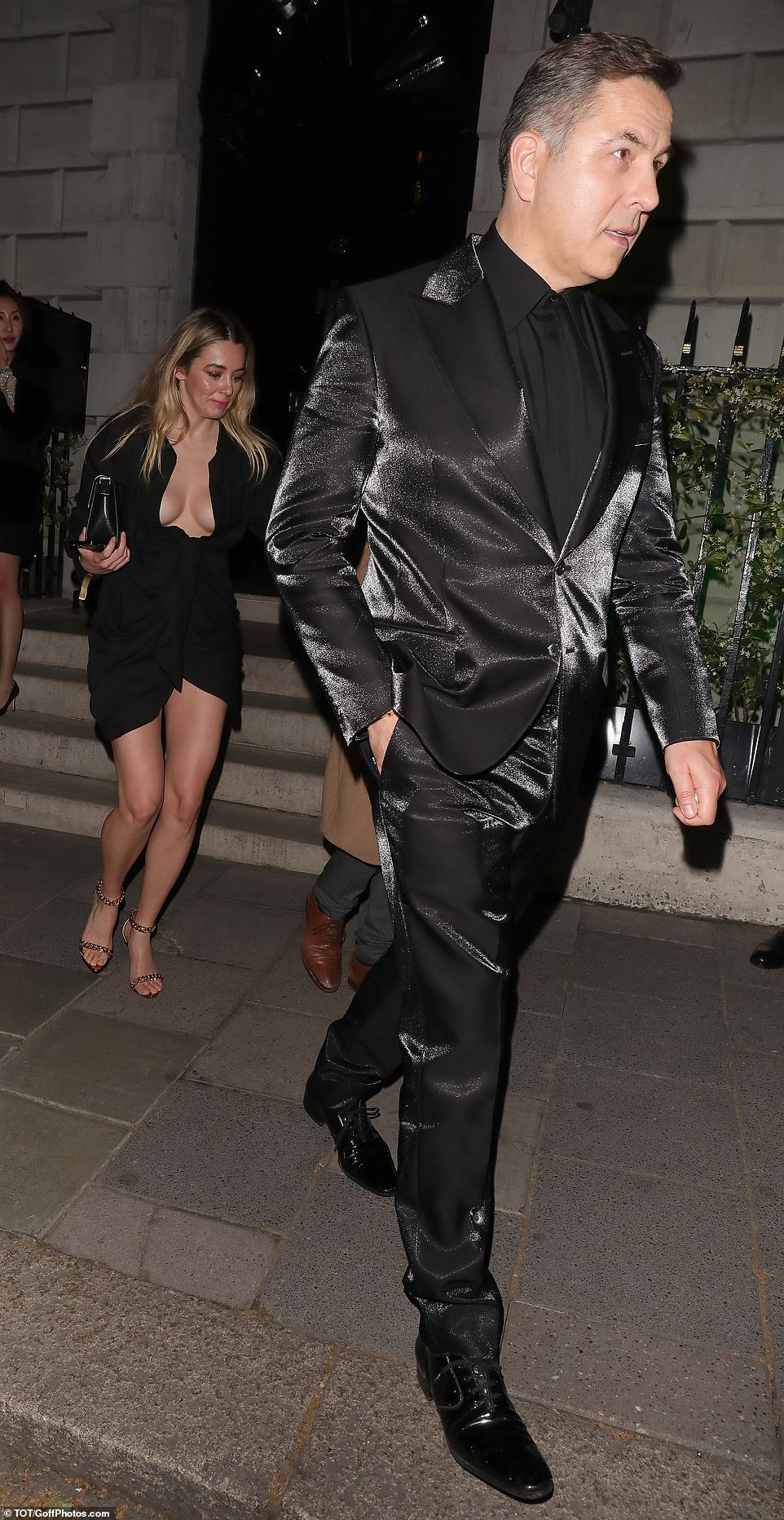 While Ronan Keating and his wife Storm looked ultra-glamorous in complementing black tie looks, putting on a loved-up display.

Keeley is thought to be in a relationship with American actor Jason Sudeikis after the pair re-kindled their on-again off-again romance.

In June last year, Jason and Keeley appeared to confirm their romance as they were pictured embracing while sightseeing in New York City, in exclusive pictures obtained by MailOnline.

According to E! news, an insider denied the rumours as they said: ‘Jason and Keeley were never in a serious relationship. It was definitely never a serious thing.’ 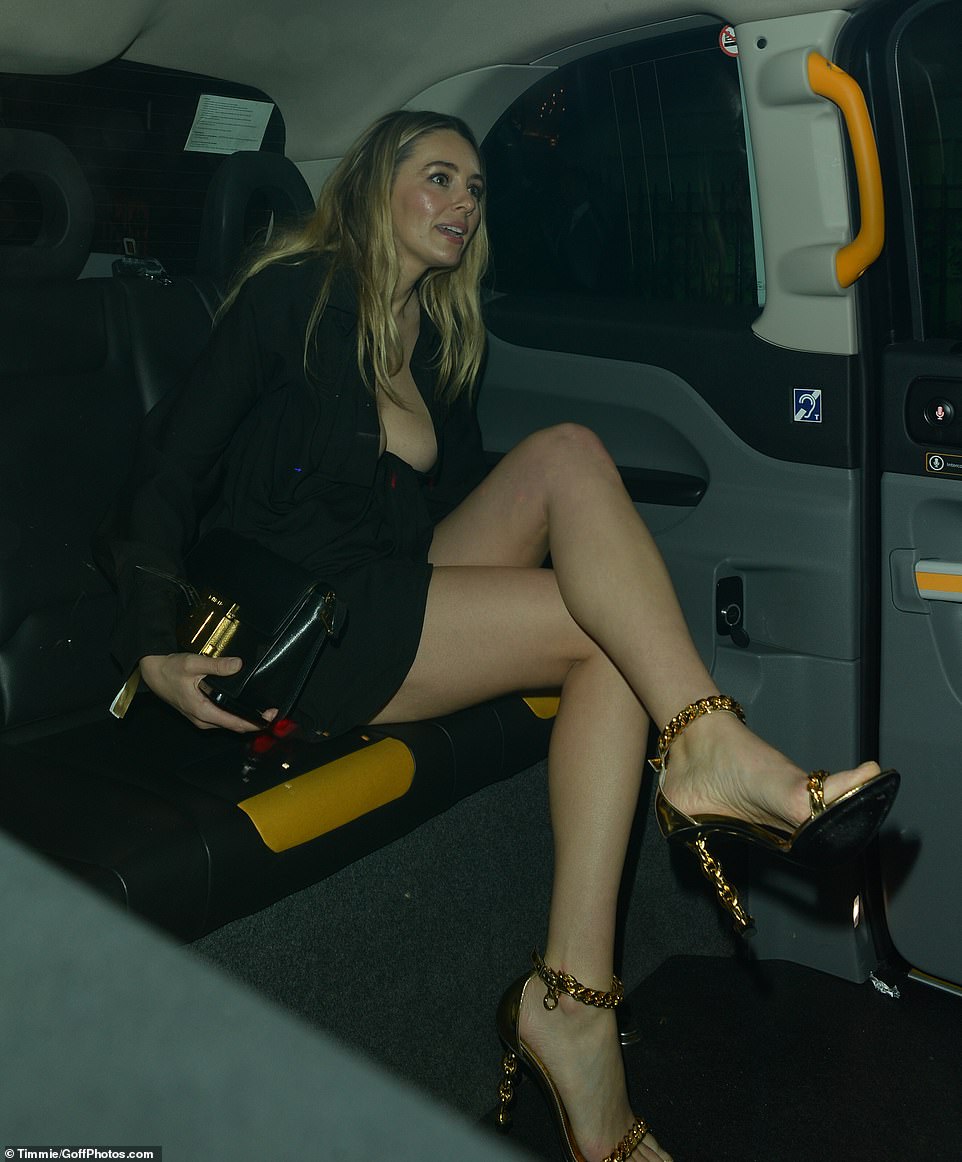 Night over: It was then home time for the pair, as Keeley sat in the backseat of a black cab 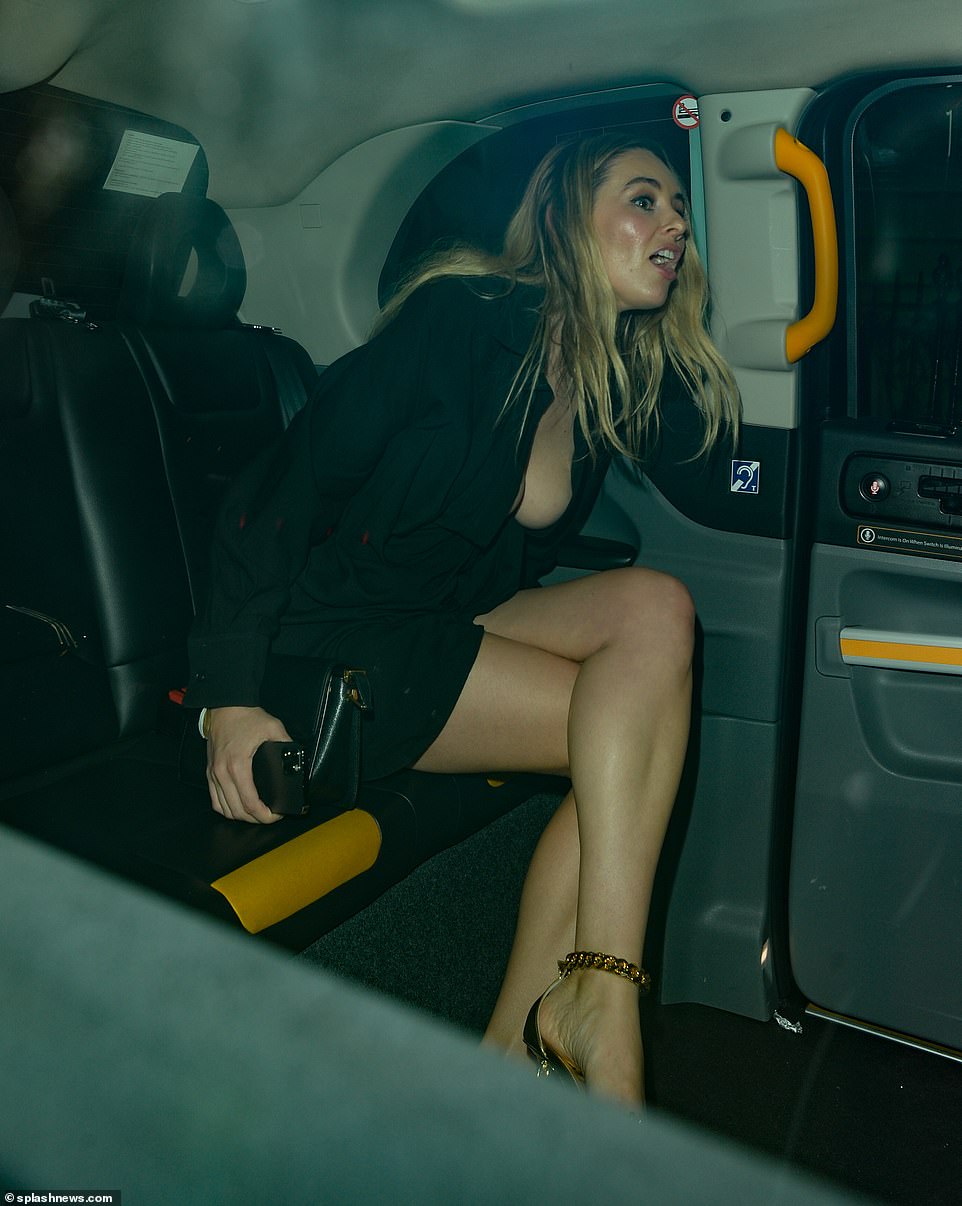 Chatty: She seemed in high spirits as she spoke to the driver in the front

Jason and Keeley were apparently first romantically linked in February 2021 after having known each other for years.

The pair started spending more time with one another when Jason was filming Ted Lasso in London, sources told the news site.

They were then spotted holding hands in New York City, and apparently Jason sought comfort in Keeley following his his break up with Olivia Wilde. 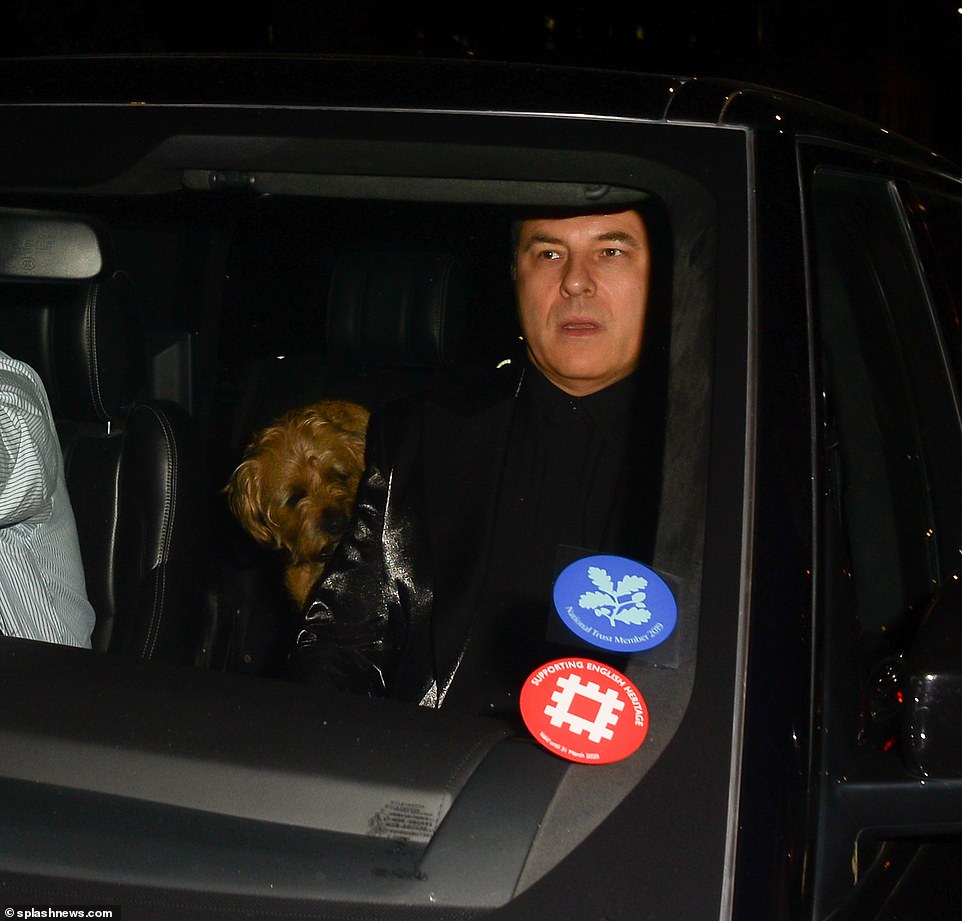 Passenger: While David sat in the front seat of his car, as an adorable pup peered through 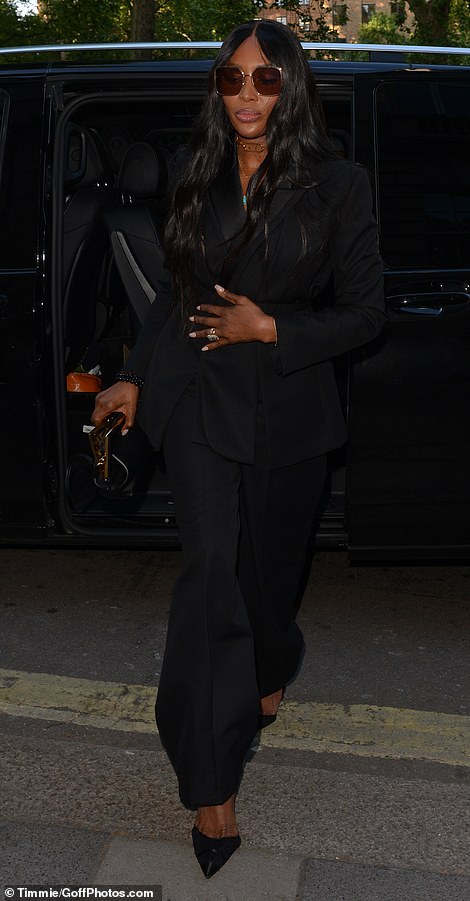 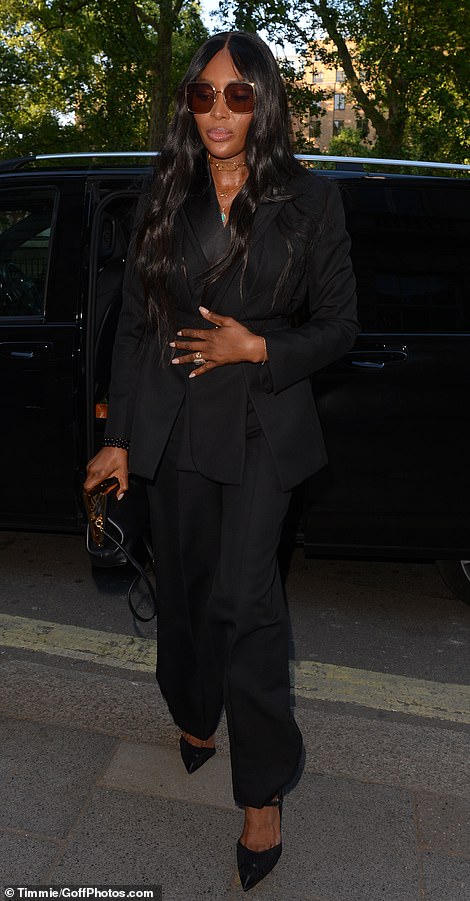 Style: Naomi Campbell looked effortlessly chic in a black suit as she attended the star-studded AIDS charity dinner at Annabel’s on Thursday night 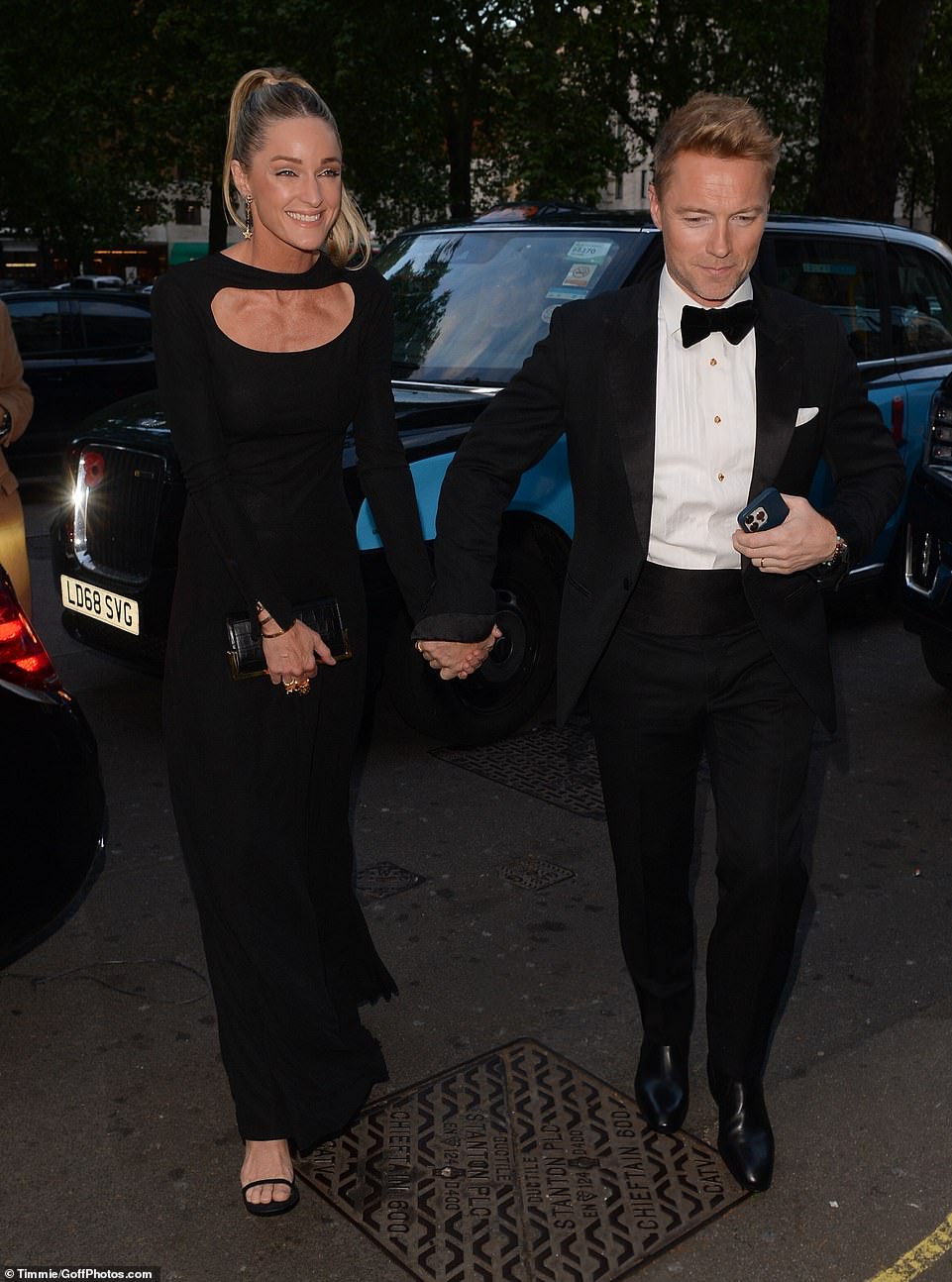 Loved-up: Meanwhile Ronan Keating cut a dapper figure with his glamorous wife Storm as they stepped out for the dinner in London 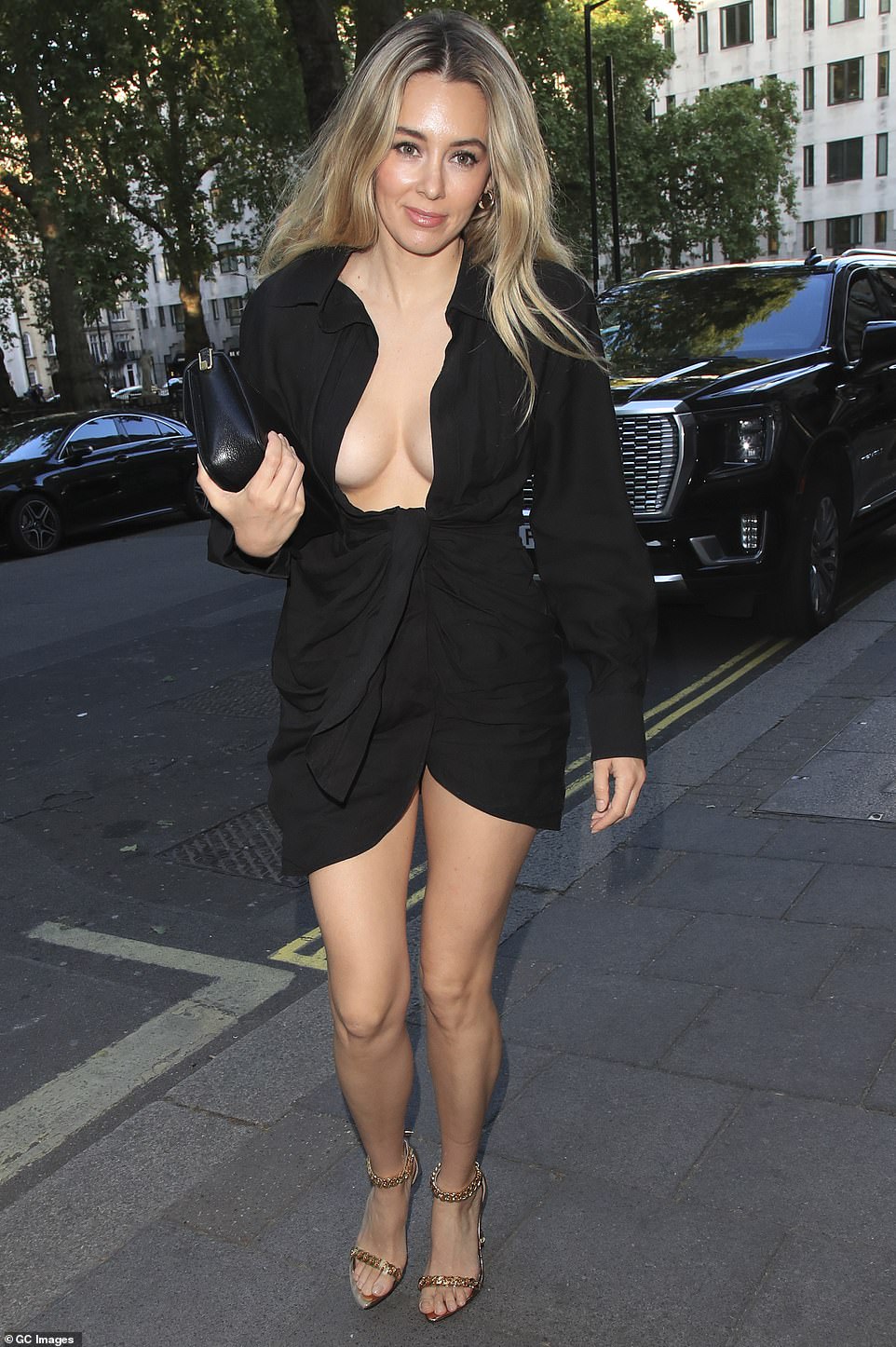 Woah: Earlier, Keeley looked  glam as she entered for the event 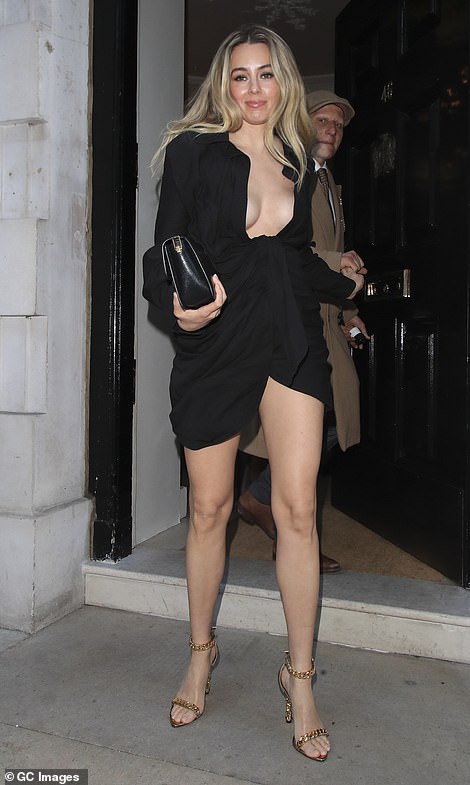 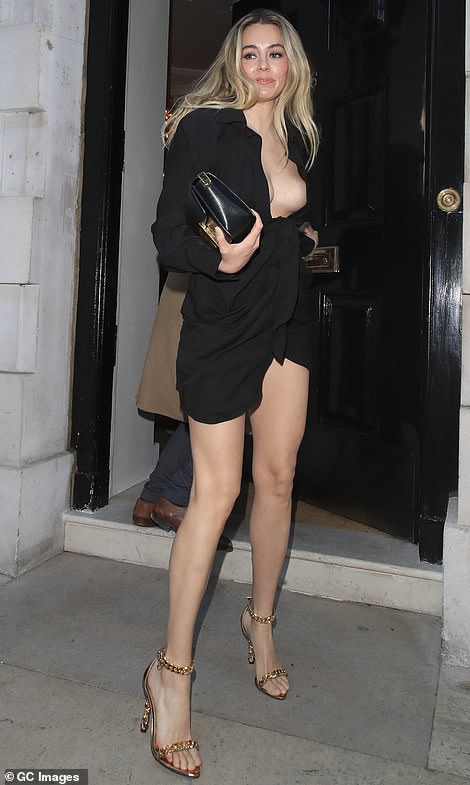 Love life: Keeley in thought to be in a relationship with American actor Jason Sudeikis after the pair re-kindled her on-again off-again romance 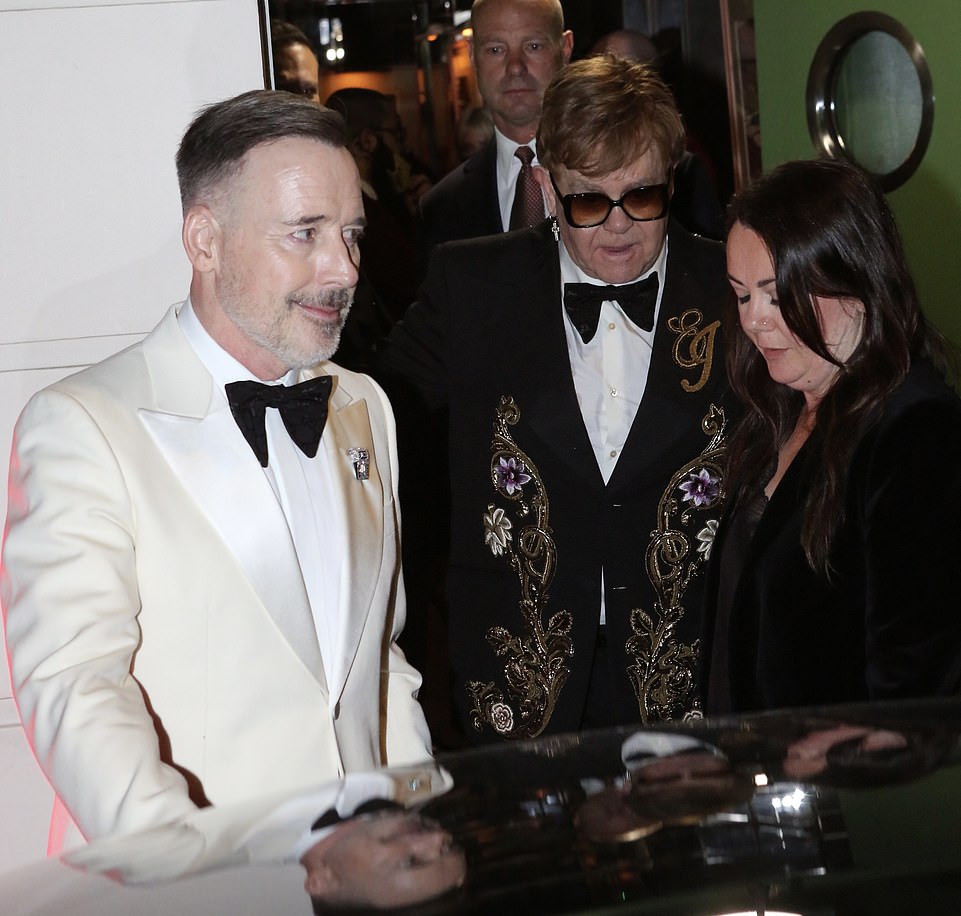 Here he is: Elton himself made a stylish arrival in a black and gold embellished suit and bow tie and was joined by his suave husband David Furnish who wore a white tuxedo

Couple goals: Ronan and Storm were the picture of elegance in their smart, black ensembles