Kirsten Dunst has revealed how she ‘lived in a really painful, insecure, terrible place’ for her role opposite Benedict Cumberbatch in Jane Campion’s new film, The Power of the Dog.

Dunst plays sensitive widow Rose, who marries a kind-hearted cattle rancher (the actress’s real-life partner Jesse Plemons), only to be gaslit, along with her son Peter (Kodi Smit-McPhee), by his toxic and tormented brother Phil (Benedict Cumberbatch).

Although she got to play against Plemons in more gentle scenes, she and Cumberbatch don’t have much direct contact in the film, leading to some pretty dark character work for the actress to get herself in the right frame of mind.

Speaking to Metro.co.uk on the red carpet at The Power of the Dog’s London Film Festival UK premiere, the 39-year-old Bring It On star said: ‘Benedict and I don’t really have any scenes together – it’s more from afar – so I kind of had to create my own monster with what he does to her.

‘And so I had to kind of live in this really painful, insecure, terrible place, and feel terrible about myself the whole time, so that’s not the most fun. 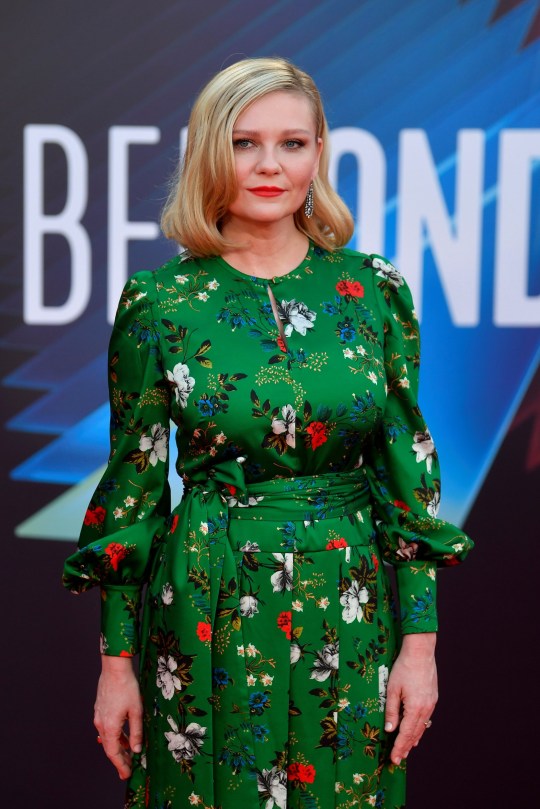 Dunst was happy to put herself through the wringer for her director, Jane Campion (Picture: Reuters)

Dunst and and her co-star Kodi Smit-McPhee were both in awe of working with the ‘masterful’ Jane Campion on her latest film, with Dunst revealing it was her ‘greatest hope’ to please the filmmaker.

Campion, the second-ever woman to be nominated for the best director Oscar for 1993’s The Piano (where she picked up the best original screenplay award), writes and directs almost all of her projects, and famously focuses on quality over quantity.

The Beguiled star was clear that she just wanted to make Campion happy with her performance.

‘My greatest hope, if that’s what I’m thinking about it, was making sure that I express Rose in a way that makes Jane Campion happy. When you work with [her], you’re just so excited to work with Jane that you just hope that you please her!’, she shared.

At the film’s New York Film Festival premiere, the actress revealed to Variety that Campion had sent her a letter when she was in her 20s about working together, and she had ‘saved it since’.

The actress was thrilled to work with Jane Campion (Picture: Getty Images)

Dunst, who enjoyed early popularity with roles in films including Interview with the Vampire, Jumanji and Sam Raimi’s Spider-Man, has since progressed to more indie fare like Lars Von Trier’s Melancholia, as well as being Golden Globe nominated for her work in the second season of FX TV series Fargo.

Smit-McPhee was also bowled over by his director, especially in how Campion approached the film’s subtlety and invited the audience to draw their own conclusions about characters and the film’s ending.

Talking about ‘the masterful work of Jane’ to Metro.co.uk, the 25-year-old explained: ‘She really finds a way to invite you into film, into cinema, and it’s in a way in which nothing is ever too obvious.

‘You’re kind of going on your own lone journey through different characters and, at first, I think specifically for my generation, where we’re in a world where everything is drip fed to us [and] everything is so obvious, I was a bit shocked at the ambiguity of everything.

‘And then seeing it in hindsight, it’s absolutely art at its finest. And I hope that’s really introduced into cinema.’ 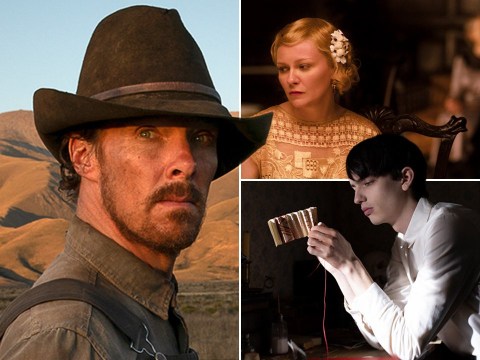 The Power of the Dog review: Benedict Cumberbatch will silence critics in Campion’s latest

The Australian, who found fame in 2009’s The Road, was also delighted to see the film released on Netflix.

‘I think it’s amazing because the younger generation will be able to watch and experience cinema in a different way,’ he said.

The Power of the Dog will be released in cinemas on November 19 before arriving on Netflix on December 1.

MORE : Inside the house lived in by Heath Ledger and Kirsten Dunst – up for rent in Islington now