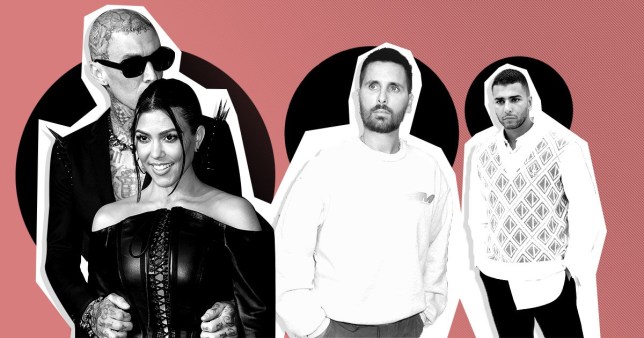 Kourtney is set to walk down the aisle for the first time (Picture: Rex)

Kourtney Kardashian is set to be a goth bride, after boyfriend Travis Barker proposed on a beach in Montecito.

Blink-182 drummer Travis, 45, got down on one knee in the middle of a heart made of roses, with Kourtney, 42, accepting the romantic proposal and declaring their love to be ‘forever’.

Kourtney’s love life has played out over the cameras on the E! reality series Keeping Up With The Kardashians over the past decade, but this is the first marriage for the star following a long-term relationship with baby daddy Scott Disick.

From starting a family with the Lord, to rumours of a romance with a younger popstar, here’s everything you need to know about Kourtney’s dating history up until now.

Kourtney and Scott were together for nine years (Picture: Isaac Brekken/WireImage)

Kourtney and Scott first met in 2006 at a party at Girls Gone Wild mogul Joe Francis’s house, and went on to be together for nine years.

During their rocky relationship, they had three children together – Mason, 11, Penelope, nine, and Reign six – but Kourtney refused to marry Scott.

In a 2011 episode of Kim and Kourtney Take New York, Scott said: ‘For me, a perfect relationship and a perfect life is having a family and being married’, but Kourtney shot down any marriage talk, saying: ‘Things are so good now, why would we want to change that? I’m happy with the way things are.’

The following year, Kourtney was believed to have rejected another proposal while filming Kourtney and Khloe Take Miami, with a source telling Life & Style: ‘She didn’t allow for an engagement to be filmed.

‘They did not film a proposal, and it was because of Kourtney. She said, “No.” She does not want to be engaged.’

The pair split for good in 2015, with Scott going on to date Sofia Richie, but their relationship remained a major storyline on KUWTK.

While Scott was dating Amelia Gray Hamlin, he admitted on the KUTWK reunion following the series finale that he ‘wants to kill’ anyone who dates his ex.

Kourtney and Justin were rumoured to have hooked up (Picture: Dimitrios Kambouris/Getty Images for The Met Museum/Vogue )

After Kourtney’s split from Scott, it was rumoured that she had been hooking up with the Biebs, who is 15 years her junior.

At the time, sources told Us Weekly: ‘Justin started hanging out with Kourtney alone because she started going out more. He’s been showing her a good time.’

Justin denied anything was going on, though, joking: ‘I’m being used, man. What can I say?’

The singer is now married to Hailey Baldwin.

However, the pair split in August 2018, amid rumours of infidelity on Younes’s part and tension over a shady Instagram comment left by the model on one of Kourtney’s pics.

Under a picture of the reality star in a thong bikini, Younes, now 28, commented: ‘Thats what you need to show to get likes?’

Kourtney later admitted that her family weren’t fans of the model.

Kourtney is believed to have dated Luka for two months (Picture: BG020/Bauer-Griffin/GC Images)

After her break-up from Younes, was linked to actor and model Luka Sabbat, who is now 23.

The pair were pictured together on a number of nights out, with a source telling Page Six: ‘Kourtney and Luka are dating. They flew into Chicago together over the weekend and were hanging out. He’s been a family friend for years, and they really like him.’

However, their romance fizzled out after two months, and Luka was later linked to Kourtney’s sister Kendall Jenner.

Travis is best known as the drummer for Blink-182 (Picture: Jamie McCarthy/Gettyimages)

Kourtney was friends with rocker Travis for years, as they both live in Calabasas with their children, but rumours began swirling in January that their relationship was blossoming as Travis joined the Kardashians on family days out.

They confirmed their romance in February when Kourtney shared a picture of herself holding the drummer’s heavily tattooed hand, and since then, they have been packing on the PDA. 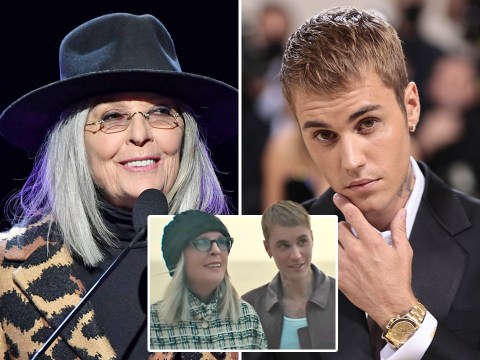 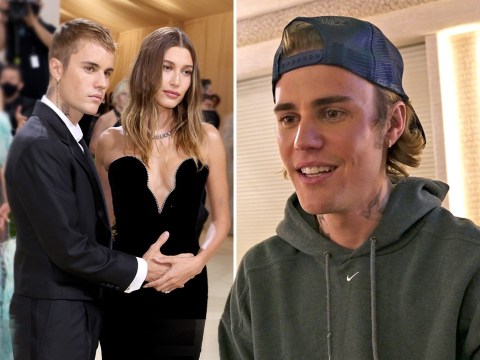 Justin Bieber wants to ‘squish out a nugget’ with wife Hailey 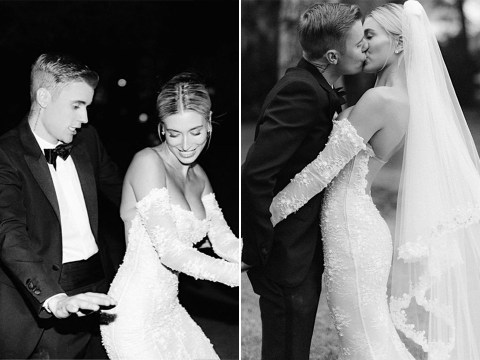 Just weeks after they went public, Travis inked Kourtney’s name on his chest, and the musician credited Kourtney with giving him the courage to take a flight again, 13 years after the fatal plane crash that killed two of his friends and left him with third degree burns.

With their engagement, Kourtney is set to become stepmother to Travis’s two children, Landon, 18, and Alabama, 15, who he shares with ex-wife Shanna Moakler.

MORE : Machine Gun Kelly and Megan Fox’s lust knows no bounds as he stops LA show to make out with actress in audience