Radio presenter Kyle Sandilands has released an incredibly catchy jingle to urge Australians to get the Covid-19 vaccine.

Speaking on The Kyle and Jackie O Show on Thursday, the 50-year-old said the jaunty clip would ‘save the world’ after ranting that Australia had become a ‘laughing stock’ due to its low vaccination rate.

He then played a hilarious recording of his song, which was a rap to Vanilla Ice’s 1990 hit Ice Ice Baby with the lyrics adjusted to spread a pro-vaccine message. 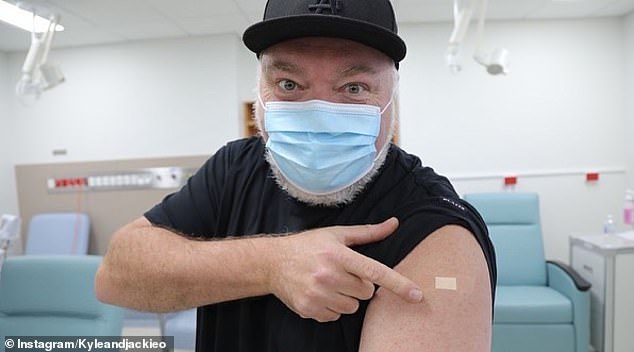 A jingle to ‘save the world’: Radio presenter Kyle Sandilands has released an incredibly catchy jingle to urge all Australians to get the Covid-19 vaccine

‘I’m a bit nervous, I feel this is exactly what Guy Sebastian feels before he releases a song to the world. It’s giving my art to everyone,’ Kyle said, introducing the track.

‘Get vaxxed, baby,’ Kyle, who has had two doses of the Pfizer jab, then whispered on the track, much to the amusement of his co-host Jackie ‘O’ Henderson.

‘Alright stop, vaccinate and listen. We are back with a brand new injection. Someone, grabbed a hold of you tightly rolled up your sleeves, daily or nightly,’ he rapped. 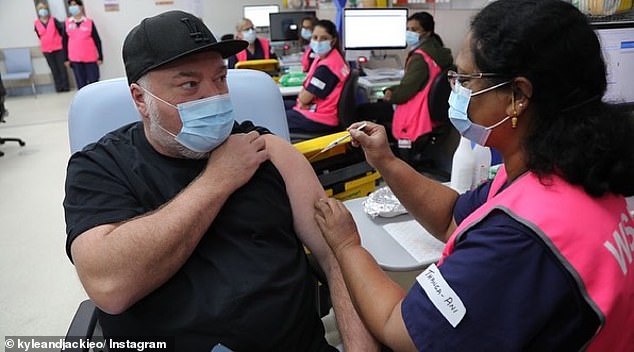 Brilliant: ‘Get vaxxed, baby,’ Kyle, who has had two doses of the Pfizer vaccine, was first heard whispering on the track – much to the amusement of his co-host Jackie ‘O’ Henderson

‘Will this ever stop, yo, we don’t know – but stuck in lockdown really blows.’

As Jackie roared in delight, he continued: ‘Too many people thinks vax is a scandal, take two shots and Covid’s cancelled!

‘Pfizer, or AstraZeneca… hmmm… what rhymes with AstraZeneca? Oh yeah, America! One of the hundred places you can travel to.

‘So just relax, lay down your tinfoil hats and just get vaxxed, so we can go back to the old ways – shaking hands, kissing strangers all day!’

Jackie was quick to call the rap ‘brilliant’, and Kyle received a round of applause from the KIIS FM crew for his efforts.

He also revealed the anthem would be getting its very own music video, set for release at 5pm on Thursday. 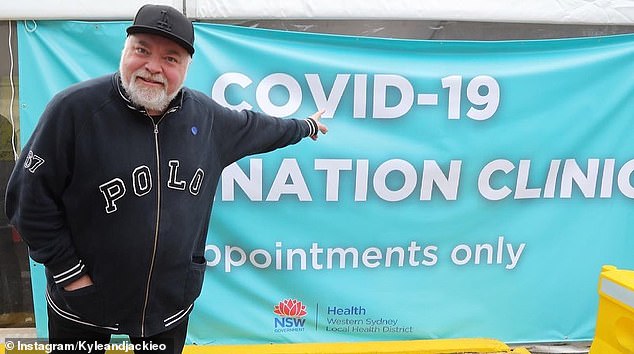 Coming soon: He also revealed the anthem would be getting its very own music video, set for release at 5pm on Thursday

‘Being in media, my whole life – I know how to get a message across. It’s not hard. I want people to vaccinate themselves,’ Kyle said.

‘We are the laughing stock of the world. People are losing their lives, not just from this virus. It’s bulls**t.’

‘The only way Australians will respond to anything is with a jingle.’

Kyle is one of many high-profile Aussies to have had the jab, with others including Russell Crowe, Karl Stefanovic and Andy Lee. 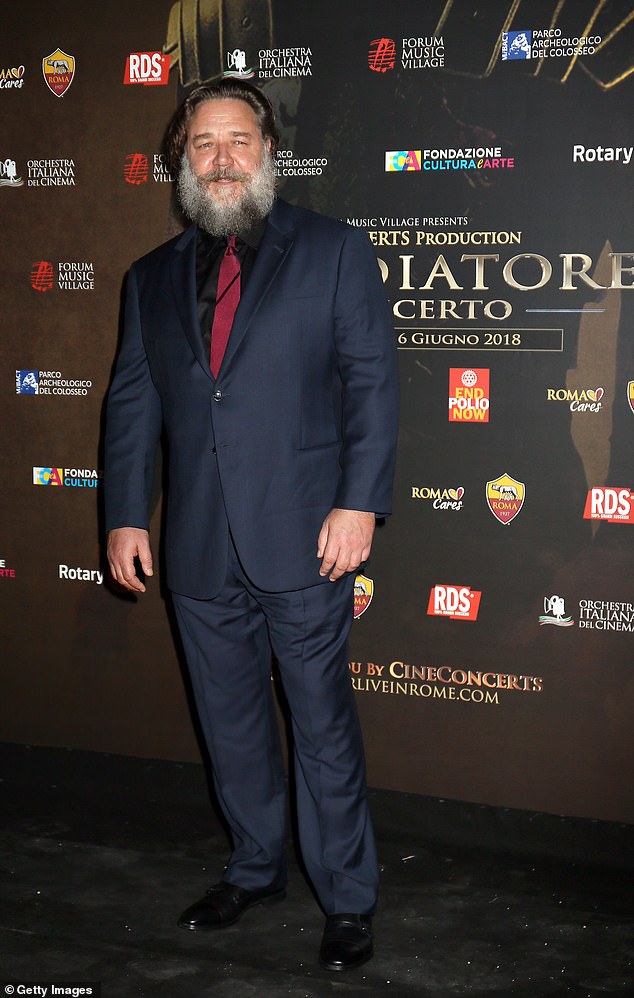 All jabbed up: Kyle is one of many high-profile Aussies to have had the jab, with others including Russell Crowe (pictured), Karl Stefanovic and Andy Lee