Lady Gaga posed wearing a scarf made from fake $100 bills as she boarded a flight to Las Vegas on Tuesday.

The superstar, 35, was on a private jet to Sin City as she prepares to return to her residency at MGM’s Park Theater after nearly two years, according to reports.

Gaga looked every inch the A-list star in the scarf made from notes as she slipped into a stylish black and white polka dot dress from Magda Butrym. 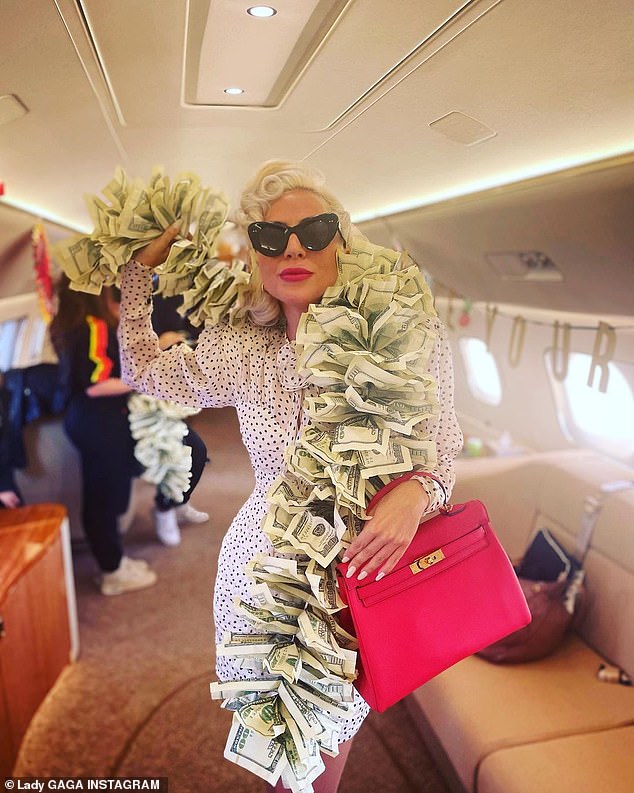 Woman on a mission: Lady Gaga posed in scarf made from $100 bills while boarding a private jet to Las Vegas on Tuesday as she ‘prepares to return to her residency’ in the city

Get spotted in Lady Gaga's mini dress by Magda Butrym

She accessorized in typically glamorous style with a hot pink Hermes bag and huge black cat-eye sunglasses while wearing her blonde tresses in a retro curly style.

The star hinted she might be returning to her Las Vegas residency, writing in the caption: ‘Back to Vegas baby with Haus of Gaga ❤️ #jazz #loveforsale’.

Last week it was reported that Lady Gaga is returning to her Las Vegas residency at MGM’s Park Theater after nearly two years. 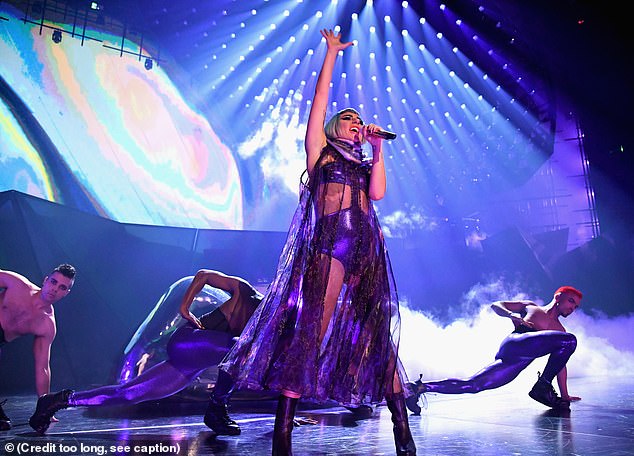 Eye-watering: The Oscar-winning star is set to earn an eye-watering ‘£750k a night’ when her Jazz & Piano residency kicks off (pictured during her 2018 Las Vegas residency)

The Oscar-winning star is set to earn an eye-watering ‘£750k a night’ when her Jazz & Piano residency kicks off on October 14 and Gaga’s wardrobe features custom-made designer gowns ‘that cost £7 million to assemble’.

The star has a busy few months ahead and will also begin promoting her duet album with Tony Bennett before the release of Ridley Scott’s film House Of Gucci – in which Gaga stars – on November 26.

The Mirror reports that Gaga’s shows will open with a recorded message from Bennett, 95, and that the star’s set will be ‘sprinkled with jazz renditions of her most famous hits including Poker Face, Bad Romance and Born This Way’. 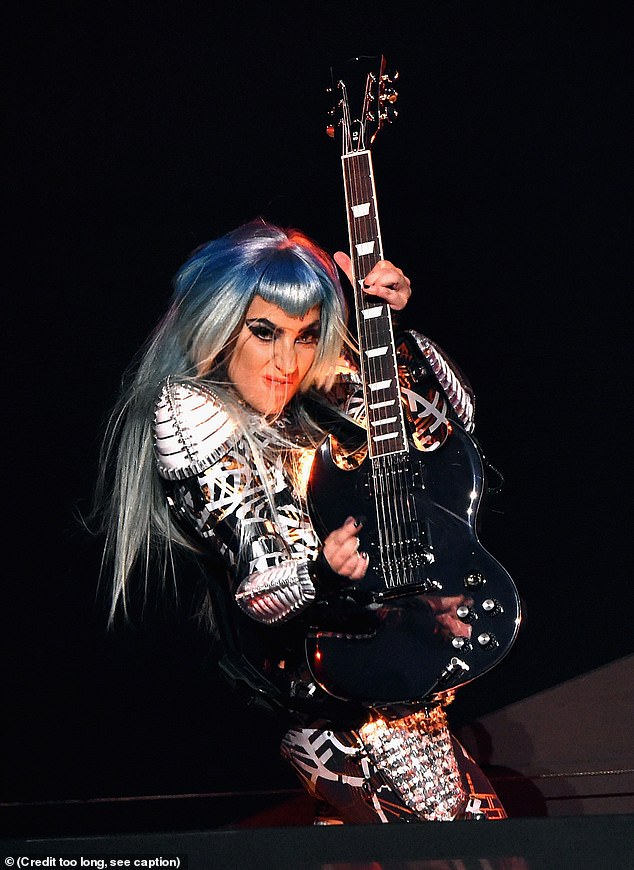 Performance: The star is pictured with her electric guitar during a Las Vegas show in 2018

MailOnline has reached out to Gaga’s representatives for comment.

Speaking of her early connection to jazz, Gaga said: ‘My very earliest memories of hearing jazz music are from when I was a very little girl and my mother would make me a cup of tea, and she would put on Billie Holiday,’ according to The Mirror.

She added of the genre: ‘I found out very quickly in the music business that people like to tell you what to do. 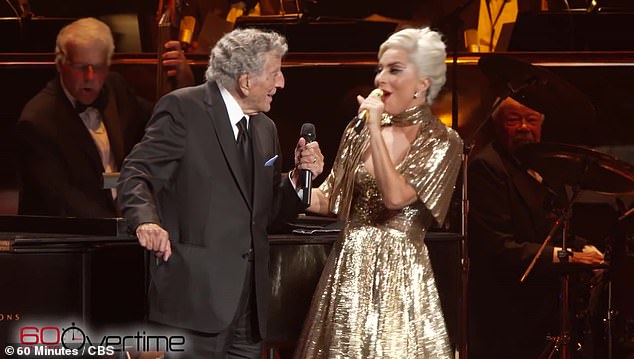 Close friends: Gaga’s shows will open with a recorded message from close friend Tony Bennett, 95, and the star’s set will be ‘sprinkled with jazz renditions’

As for the star’s eye-wateringly expensive wardrobe, Gaga’s clothes are ‘guarded by bouncers and kept in safe’.

At one point, Gaga takes to the stage in a custom-made dress boasting more than 53,000 Swarovski crystals, with each piece made in collaboration with the megastar’s fashion house, Haus of Gaga.

On top of her £750k per night fee, Gaga will take home a percentage of merchandise sales.

The paper adds that MGM ‘provides private jet travel, access to the VIP Suites at all their properties from the Bellagio to Park and a complimentary beverage and food expense card’.

Brodie Cooper of US entertainment agency PRrrpd (CORR) also told The Mirror that the extravagant show is ‘worth every penny’ as attendees spend money on hotel suites, restaurants and of course gambling.

Years in the making, Gaga worked closely with bandleader Brian Newman to father a 30-person orchestra for the event.

Gaga and Newman are close friends, having spent time together in New York, and has branded him ‘an absolute legend’. 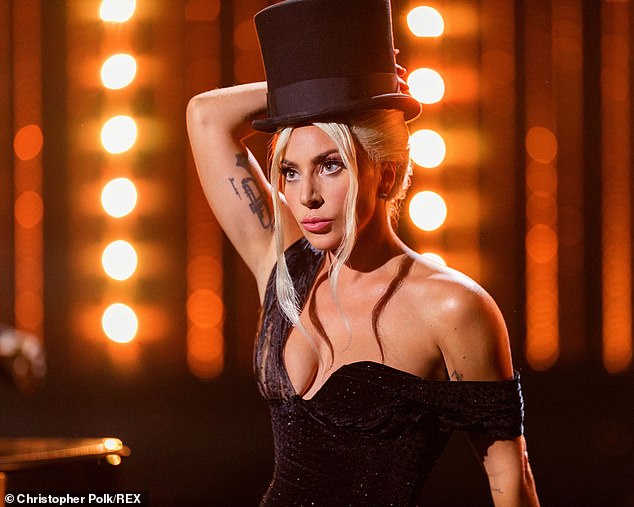 Big figures: On top of her £750k per night fee, Gaga will take home a percentage of merchandise sales