Warren Gatland has cast more doubt over the Springboks’ devious ploy of using Rassie Erasmus as a waterboy.

The South Africa director of rugby has been masquerading as a drinks assistant throughout the warm-up games to deliver tactical instructions to his players.

The Springboks used a similar tactic during the World Cup, with critics suggesting the world champions are not acting in the spirit of the game. 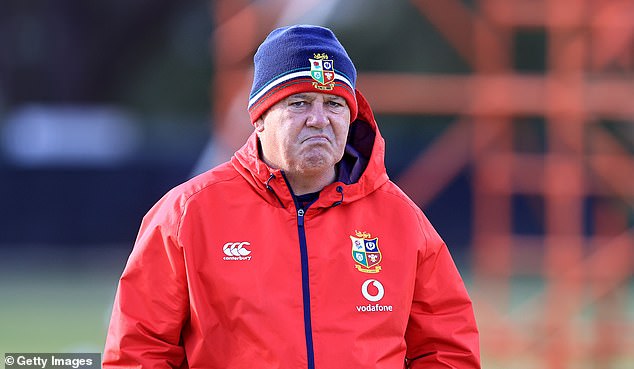 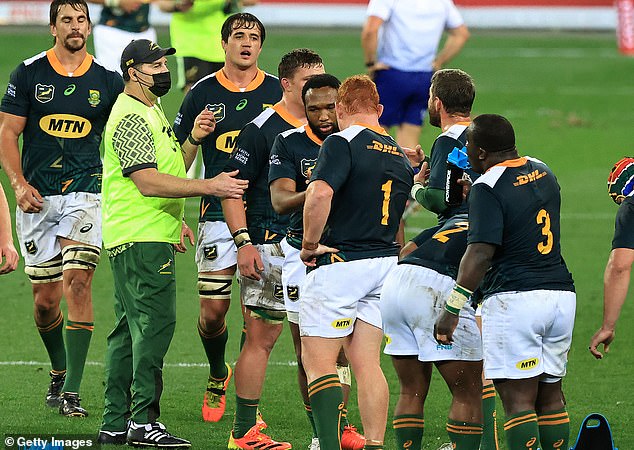 The South Africa director of rugby (in a yellow bib, left) has been masquerading as a drinks assistant throughout the warm-up games to deliver tactical instructions to his players

‘World Rugby regulations say a coach or a manager can’t be in the technical area on the side of the pitch,’ said Gatland.

‘I suppose they argue he’s not the head coach, he’s the director of rugby. And they had that in the World Cup with Jacques Nienaber, having a physio qualification, being able to deliver messages and do that as well.

‘I’m not too worried about it. I’m not sure it’s the greatest look for the game but that’s their decision and I’ll just live with that.

‘They’ll make that call and they’re not breaking the laws of the game in terms of guidelines. I made a bit of a joke about it because I thought it was quite funny.’ 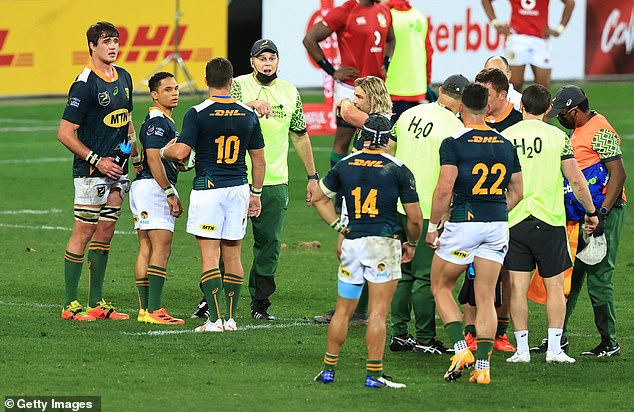 The Springboks used a similar tactic during the World Cup, which they went on to win in Japan

‘I like him as a referee,’ said Gatland. ‘He’s excellent, one of the best and still young as well. Having played at the highest level, he’s got a really good understanding of the game.

‘He wants the ball to get away from the breakdown and he’s pretty hot on offsides.

‘He’s been averaging about seven offsides a match in terms of penalties, so we’ve got to make sure we don’t overstep the mark and give away any soft penalties.’